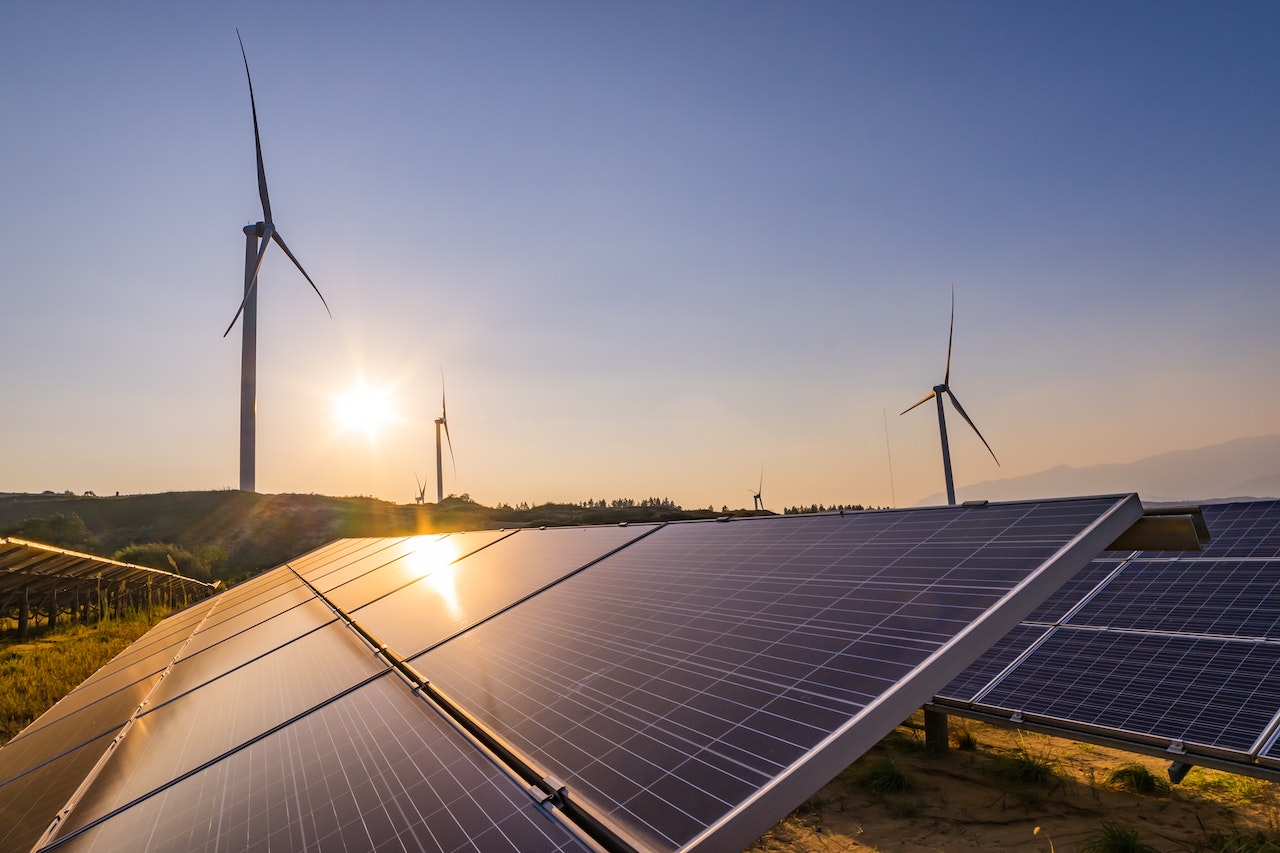 In May 2020, the IEA market update on renewable energy provided an analysis that looked at the impact of Covid-19 on renewable energy deployment in 2020 and 2021. This early assessment showed that the Covid-19 crisis is hurting – but not halting – global renewable energy growth. Half a year later, the pandemic continues to affect the global economy and daily life. However, renewable markets, especially electricity-generating technologies, have already shown their resilience to the crisis. Renewables 2020 provides detailed analysis and forecasts through 2025 of the impact of Covid-19 on renewables in the electricity heat and transport sectors.

Explore historical data and forecasts for all renewables sectors and technologies

In sharp contrast to all other fuels, renewables used for generating electricity will grow by almost 7% in 2020. Global energy demand is set to decline 5% – but long-term contracts, priority access to the grid and continuous installation of new plants are all underpinning strong growth in renewable electricity. This more than compensates for declines in bioenergy for industry and biofuels for transport – mostly the result of lower economic activity. The net result is an overall increase of 1% in renewable energy demand in 2020.

Renewables’ resilience is driven by the electricity sector

Despite looming economic uncertainties, investor appetite for renewables remains strong. From January to October 2020, auctioned renewable capacity was 15% higher than for the same period last year, a new record. At the same time, the shares of publicly listed renewable equipment manufacturers and project developers have been outperforming most major stock market indices and the overall energy sector. This is thanks to expectations of healthy business growth and finances over the medium term. In October 2020, shares of solar companies worldwide had more than doubled in value from December 2019.

Driven by China and the United States, net installed renewable capacity will grow by nearly 4% globally in 2020, reaching almost 200 GW. Higher additions of wind and hydropower are taking global renewable capacity additions to a new record this year, accounting for almost 90% of the increase in total power capacity worldwide. Solar PV growth is expected to remain stable as a faster expansion of utility-scale projects compensates for the decline in rooftop additions resulting from individuals and companies reprioritising investments. Wind and solar PV additions are set to jump by 30% in both the People’s Republic of China (“China”) and the United States as developers rush to complete projects before changes in policy take effect.

The renewables industry has adapted quickly to the challenges of the Covid crisis. We have revised the IEA forecast for global renewable capacity additions in 2020 upwards by 18% from our previous update in May. Supply chain disruptions and construction delays slowed the progress of renewable energy projects in the first six months of 2020. However, construction of plants and manufacturing activity ramped up again quickly, and logistical challenges have been mostly resolved with the easing of cross-border restrictions since mid-May. Our new database for monthly capacity additions shows that they have exceeded previous expectations through September, pointing to a faster recovery in Europe, the United States and China.

Renewable capacity additions are on track for a record expansion of nearly 10% in 2021. Two factors should drive the acceleration, leading to the fastest growth since 2015. First, the commissioning of delayed projects in markets where construction and supply chains were disrupted. Prompt government measures in key markets – the United States, India and some European countries – have authorised developers to complete projects several months after policy or auction deadlines that originally fell at the end of 2020. Second, growth is set to continue in 2021 in some markets – such as the United States, the Middle East and Latin America – where the pre-Covid project pipeline was robust thanks to continued cost declines and uninterrupted policy support.

India is expected to be the largest contributor to the renewables upswing in 2021, with the country’s annual additions almost doubling from 2020. A large number of auctioned wind and solar PV projects are expected to become operational following delays due not only to Covid-19 but also to contract negotiations and land acquisition challenges.

In the European Union, capacity additions are forecast to jump in 2021. This is mainly the result of previously auctioned utility-scale solar PV and wind projects in France and Germany coming online. Growth is supported by member states’ policies to meet the bloc’s 2030 renewable energy target and by the EU recovery fund providing low-cost financing and grants. In the Middle East and North Africa region and Latin America, renewable energy additions recover in 2021, led by the commissioning of projects awarded previously in competitive auctions.

Europe and India will lead a renewables surge in 2021

Renewables are resilient to the Covid-19 crisis but not to policy uncertainties. The expiry of incentives in key markets and the resulting policy uncertainties lead to a small decline in renewables capacity additions in 2022 in our main forecast. In China, onshore wind and solar PV subsidies expire this year, while offshore wind support ends in 2021. The policy framework for 2021-25 will be announced at the end of next year, leaving uncertainty over the pace of renewables expansion in China in 2022 and beyond. Renewable additions are also set to be held back in 2022 by the expiry of production tax credits for onshore wind in the United States, the ongoing financial struggles of distribution companies in India, and delayed auctions in Latin America. In particular, onshore wind additions are expected to decline by 15% globally, while offshore wind expansion continues to accelerate around the world.

If countries address policy uncertainties, as in our Accelerated Case, global solar PV and wind additions could each increase by a further 25% in 2022. This would push renewable capacity additions to a record 271 GW. China alone would account for 30% of the increase. The solar PV annual market could reach about 150 GW – an increase of almost 40% in just three years. In the United States, if additional policies for clean electricity are implemented, solar PV and wind may see much more rapid deployment, contributing to a faster decarbonisation of the US power sector.

Cost reductions and sustained policy support are expected to drive strong renewables growth beyond 2022. Despite the challenges emerging from the Covid crisis, the fundamentals of renewable energy expansion have not changed. Solar PV and onshore wind are already the cheapest ways of adding new electricity-generating plants in most countries today. In countries where good resources and cheap financing are available, wind and solar PV plants will challenge existing fossil fuel plants. Solar projects now offer some of the lowest-cost electricity in history. Overall, renewables are set to account for 95% of the net increase in global power capacity through 2025.

Total installed wind and solar PV capacity is on course to surpass natural gas in 2023 and coal in 2024. Solar PV alone accounts for 60% of all renewable capacity additions through 2025, and wind provides another 30%. Driven by further cost declines, annual offshore wind additions are set to surge, accounting for one-fifth of the total wind annual market in 2025. Offshore’s growth moves beyond Europe to new markets such as China and the United States where ample potential remains. The rapid growth of variable renewables around the world calls for increased policy attention to ensure they are securely and cost-effectively integrated into electricity systems.

Renewables are set to lead the global electricity sector

Renewables’ continued cost declines are changing the investor landscape and the role of policies. The share of renewables’ growth coming from purely market-based settings – outside of policy programmes like auctions and feed-in tariffs – triples from less than 5% today to more than 15% through 2025. This includes corporate power purchase agreements, plants with higher exposure to wholesale power prices or other contracts. While policies and regulatory frameworks remain critically important to provide long-term revenue stability, competition will continue to drive contract prices down. Auctions and green certificate schemes are forecast to cover 60% of renewable capacity expansion globally over the next five years. Major oil and gas companies’ investments in new renewable electricity capacity are expected to increase tenfold from 2020 to 2025

The biofuels industry has been strongly impacted by the Covid crisis. Global transport biofuel production in 2020 is anticipated to decline by 12% from 2019’s record. This is the first reduction in annual production in two decades, driven by both lower transport fuel demand and lower fossil fuel prices diminishing the economic attractiveness of biofuels. The biggest year-on-year drops in output are for US and Brazilian ethanol and European biodiesel.

A recovery in fuel demand and stronger policies in key markets can spur a rebound in production in 2021 and sustained growth through 2025. The greatest production increases in this case would be for ethanol in China and Brazil, and for biodiesel and hydrotreated vegetable oil in the United States and Southeast Asia.

Economic stimulus measures focused on clean energy can directly or indirectly support renewables. While the majority of the USD 470 billion in energy-related stimulus packages announced by individual countries so far is primarily aimed at providing short-term economic relief, we estimate around USD 108 billion targets economic growth with a focus on clean energy. These measures can support renewables by providing additional financial support either directly – or indirectly through areas such as buildings, grids, electric vehicles and low-carbon hydrogen. This is also the case for the forthcoming EU economic recovery plan, which is expected to contain an estimated USD 310 billion of climate-related spending.

Renewable fuels for transport are an area of particular potential support, as the sector has been severely hit by the crisis. More can and should be done, however. For example, only two out of the 30 airlines worldwide that have received government support in response to the crisis were bound to environmental conditions, and only two have been required to commit to a sustainable aviation fuel blending level of 2%.

Net-zero emission targets in key markets are expected to accelerate the deployment of renewables. Following the European Union and several European countries, three major Asian economies recently announced targets for reaching net-zero emissions: Japan and South Korea by 2050, and China by 2060. While it is too early to assess their precise impacts, these stated ambitions are very likely to further accelerate the deployment of renewables across all sectors, with potentially significant effects on global markets. 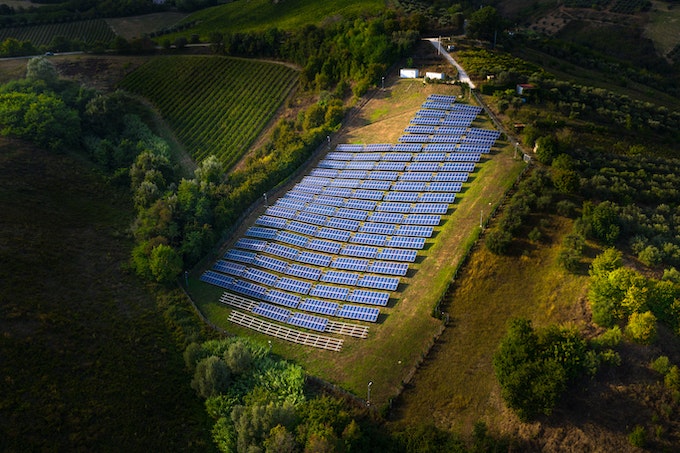 Next Covid-19 and the resilience of renewables