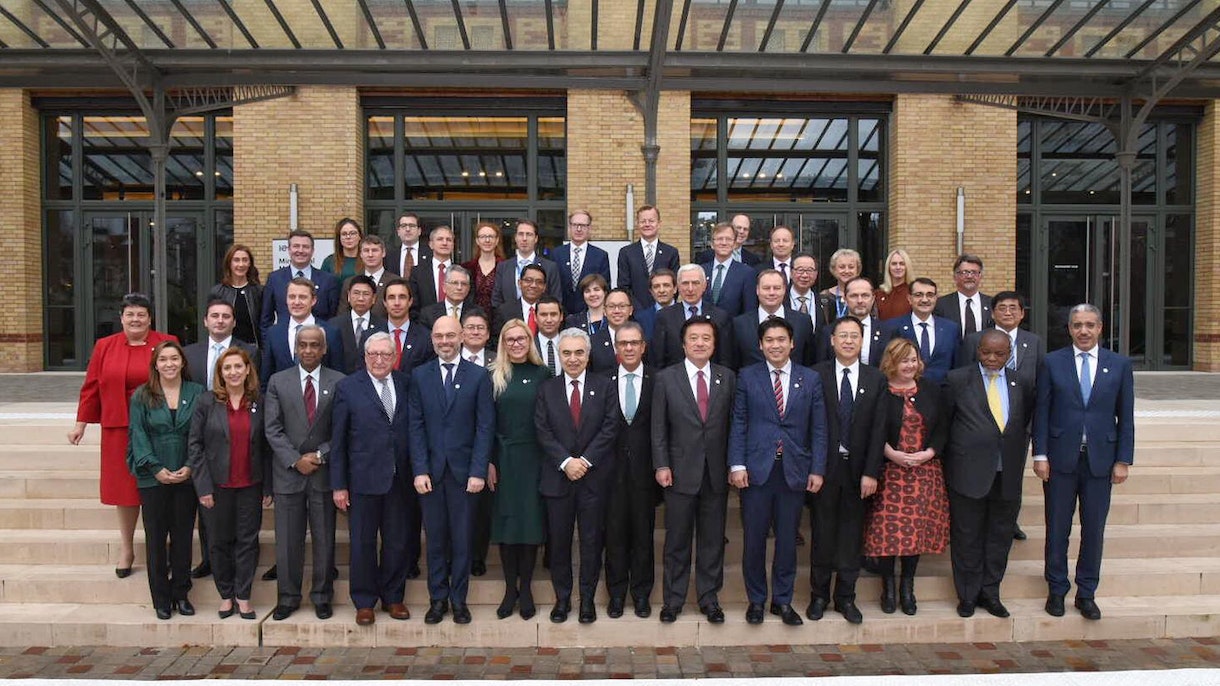 Michał Kurtyka, Poland’s Minister of Climate, chaired the meeting, which was attended by ministers and top government officials from the IEA family. That includes the Agency’s 30 Members, its 8 Association countries – Brazil, China, India, Indonesia, Morocco, Singapore, South Africa and Thailand – and two Accession countries, Chile and Lithuania. About 20 leading executives from a diverse group of energy companies also took part in some of the discussions.

The IEA is the world’s authority on energy, and the Ministerial Meeting showcased its global footprint. The Agency informs policy, business and investment decisions around the world through authoritative data, rigorous analysis and objective policy recommendations. It also provides ambitious solutions that have a positive, real-world impact on efforts to ensure a secure and sustainable energy future for all.

In a joint ministerial communiqué, the IEA ministers emphasized the importance of energy security, energy transitions and expanding the Agency’s global reach. The ministers also approved a new strategic partnership with India that could serve as a pathway to eventual IEA membership, a landmark development for global energy governance.

Meeting under the theme Building the Future of Energy, ministers and delegates addressed a range of critical issues with a major emphasis on accelerating transitions to the use ofcleaner energy technologies and raising ambitions on tackling climate change. They also underlined the importance of boosting regional integration and international collaborationon energy.

At a special event highlighting the importance of clean energy transitions, Gwede Mantashe, South Africa’s Minister of Mineral and Energy Resources, emphasised the African continent’s increasing significance for the world’s energy future, a subject that the IEA analysed in depth this year in the World Energy Outlook 2019’s special focus on Africa.

During the meeting, Bento Albuquerque, Minister of Mines and Energy of Brazil, announced publicly for the first time his country’s long-term energy plan to 2050. Also at the meeting, Juan Carlos Jobet Eluchans, Chile’s Minister of Energy, said he looks forward to the IEA’s contributions to the COP25 climate conference of which Chile holds the Presidency. María Fernanda Suárez, Colombia’s Minister of Mines and Energy, expressed the country’s readiness to explore IEA membership. And Kadri Simpson, the European Union’s new Commissioner for Energy, participated in the discussions, her first international engagement since taking office this month.

“Our Ministerial Meeting affirmed the IEA’s role at the heart of global energy governance,” said Dr Fatih Birol, the IEA’s Executive Director. “Leading clean energy transitions around the world is the key issue for the IEA. This is urgent work, but it is also complex. There is no single or simple solution: we need all technologies to help us address our climate change challenge.”

“It is also our duty make sure during these transitions that energy supplies are secure and energy prices are affordable for our citizens,” he said. “It is important that the changes happen in a fair and just way for citizens and nations around the world.”

It acknowledged the importance of climate protection and the commitment to the Paris Agreement from those countries that chose to implement it, noting recent G20 communiqués in that regard.

The Ministerial Meeting also presented an opportunity to review progress in the IEA’s modernisation strategy. Launched by Dr Birol at the end of 2015, this strategy aims to open the IEA’s doors wider to major emerging countries; broaden the IEA’s energy security mandate beyond oil to natural gas and electricity; and turn the IEA into a global hub for clean energy technologies and energy efficiency.

The “opening the doors” strategy has fully achieved the goals assigned four years ago. Since 2015, all eight countries identified by Members for deeper partnerships have joined the IEA’s Association programme. As a result, the IEA family now accounts for 75% of global energy demand, up from 40% in 2015.

At the Ministerial Meeting, the IEA received a mandate to take the next steps in strengthening its ties with its Association countries, starting with India. The IEA and India have worked extensively in recent years on a variety of topics, from energy security and data collection to renewables integration and energy efficiency. IEA members agreed to further advance this programme by establishing a framework for a strategic partnership that could serve as a potential path to eventual IEA membership.

“This partnership marks a step change – a new middle ground for enhanced responsibilities and benefits, and a testing ground towards eventual membership status,” said Dr Birol.

A series of special events took place around the meeting. As well as hydrogen and clean energy transitions, they covered the need to expand the role and participation of women in energy; the increasing importance of Africa for the global energy system; and opportunities to scale up the use of carbon capture, storage and utilization technologies.