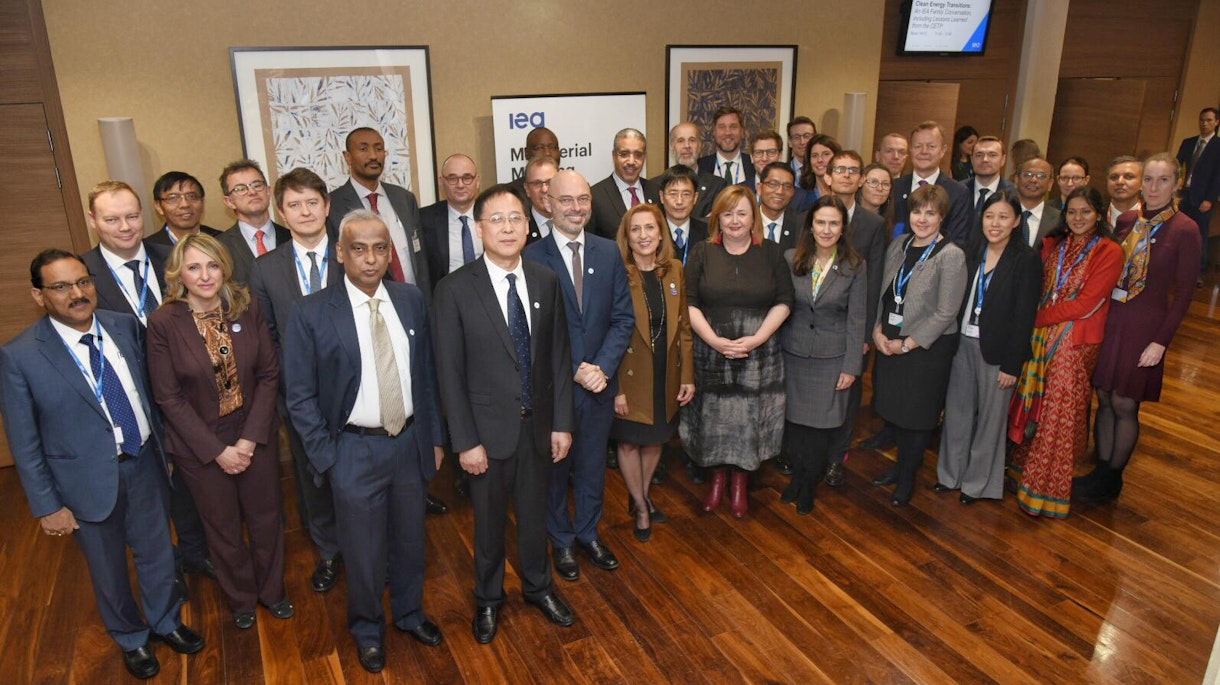 High-level government officials and other key stakeholders took part in the roundtable event.

The International Energy Agency today hosted an international discussion on the successes and challenges of clean energy transitions around the world.

High-level government officials, energy industry CEOs and other key stakeholders took part in the roundtable event ahead of the IEA’s biennial Ministerial Meeting. The discussion was chaired by Sanjeev Nandan Sahai, the Indian Secretary at the Ministry of Power, and Anders Hoffman, Deputy Permanent Secretary for the Danish Ministry for Climate, Energy and Utilities.

The event drew on examples from the IEA’s Clean Energy Transitions Programme (CETP), which has helped train more than 3,800 people from emerging economies around the world in areas such as data, statistics and energy efficiency.

Launched in November 2017, the CETP is an ambitious effort to accelerate global clean energy transitions. The programme provides independent, cutting-edge support to governments whose energy policies will significantly influence the prospects for – and the speed of – global transitions towards more sustainable energy production and use.

“With the support of key governments, we have been able to significantly ramp up our capacity to take our rigorous analysis and unrivalled expertise and to apply them on the ground where it counts – in the world’s major emerging economies,” said Dr Fatih Birol, the IEA’s Executive Director.

He highlighted some key success stories from the CETP, including cutting-edge analysis to help China integrate higher shares of renewables into the power system; assisting Brazil in its efforts to better track and promote clean energy innovations; and supporting India’s development of an integrated approach to climate change, energy access and air pollution.

Participants in the roundtable discussion recognised the IEA’s role in producing timely data and robust analysis to support clean energy technologies and to inform policy-making. They also highlighted the IEA’s role as a global clean energy hub that has deepened the relationships and sharing of lessons among key governments. The participants underscored their interest in further strengthening the CETP as it enters its third year of operation.

CETP efforts would not have been possible without the leadership of IEA supporting Members and partners – the United Kingdom, Italy, Sweden, the European Commission, Denmark, the Netherlands, the French Development Agency, Germany, Switzerland, Canada, Japan, Finland, New Zealand and Australia.