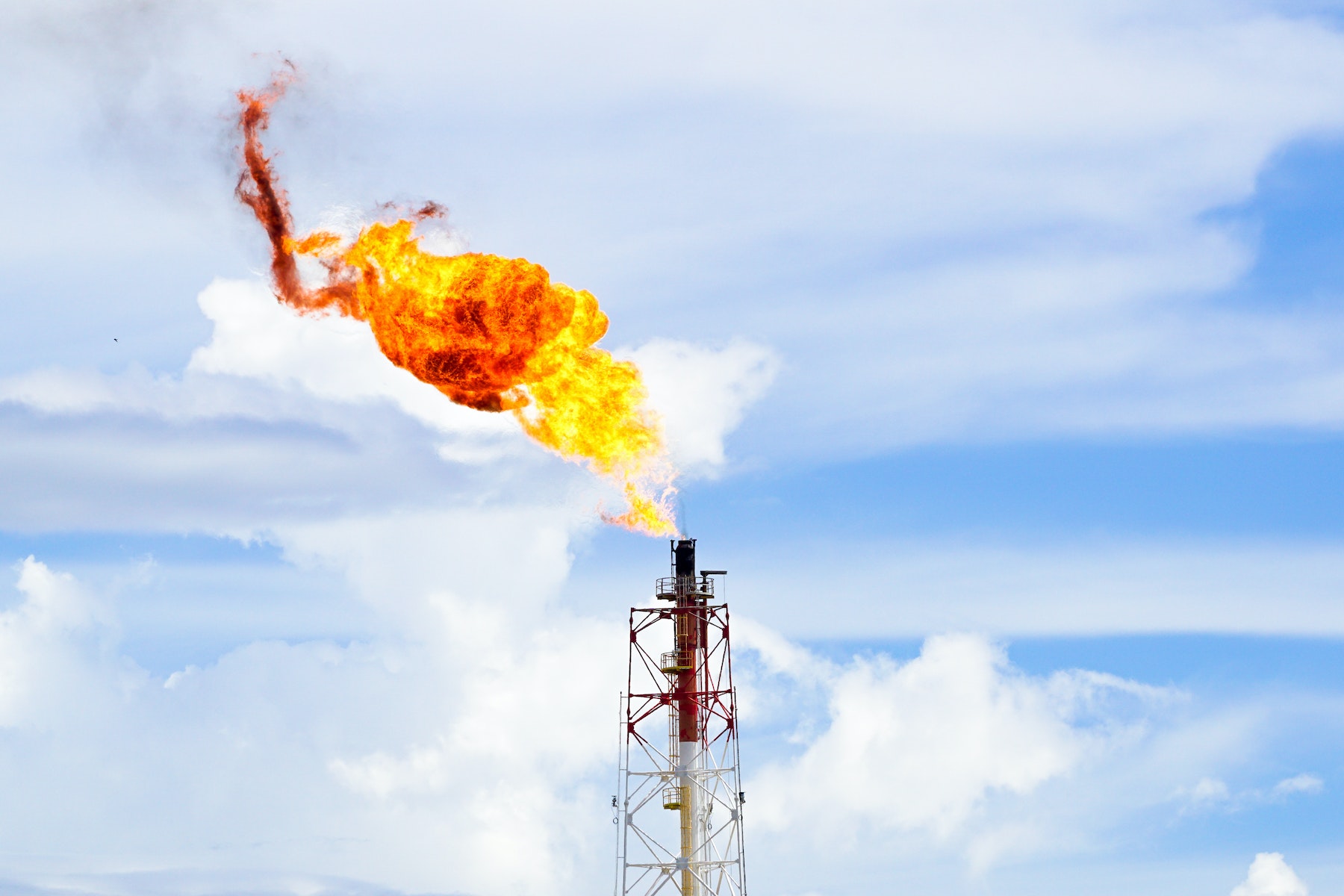 Around 145 bcm of natural gas were flared in 2018, a slight increase from levels in previous years and broadly equal to gas demand across the continent of Africa. This resulted in emissions of roughly 275 MtCO2, as well as some methane emissions (from uncombusted portions of flares) and other GHGs such as black carbon and nitrogen oxide. Russia, Iraq, Iran, Algeria and the United States were responsible for more than half of global flaring. Several field trials have demonstrated viable technologies to reduce flaring, but at root the issue of flaring is also a question of business models. If there is inadequate provision for productive use of the gas at the project planning stage, including the necessary gas infrastructure, then finding a technology fix later on is much more difficult. There is an increasing number of voluntary government and industry commitments to eliminate flaring by 2030. The SDS relies on a rapid reduction in flaring, with government policies and industry commitment all but eliminating it by 2025.

Natural gas is often produced as a by-product (i.e. associated gas) during oil extraction. If the oil project has been planned in a way that does not incorporate access to a gas market or other productive uses, then there are only a few options left for the gas: an operator must choose whether to use it onsite for its own operations, reinject it into the ground, flare it or vent it to the atmosphere (this is even worse from an environmental perspective than flaring, see section on methane abatement).

Most flaring that takes place today is known as routine flaring and occurs during normal oil production operations.

Some gas is also flared as a safety measure (e.g. if gas pressure has built up due to a change in operating conditions), and there can also be other non-routine incidences of flaring but these are typically intermittent and of short duration.

In theory, more than 99% of the natural gas is combusted when flaring is done in optimal conditions. In real-world conditions, however, flaring can be significantly less efficient due to sub-optimal combustion dynamics (e.g. variable heat content, flame instability). As a result, substantial volumes of methane can be released along with black carbon and nitrous oxide – all potent GHGs.

The Environmental Defense Fund (EDF) recently released a study from the Permian tight-oil basin noting 11% of flares were unlit or working sub-optimally resulting in more than 3.5 times more methane released than officially reported. There are technologies to increase flaring efficiency but they are currently expensive and therefore not widely deployed.

Reducing routine flaring means productive uses for the associated gas must be found, or it has to be reinjected into the reservoir. The optimal solution is to ensure a connection to the main gas grid, but there can be ways to use the gas productively even in the absence of such a connection.

For example, onshore operators in the United States have field-trialled a variety of flaring reduction technologies. Additionally, a study released by the Climate and Clean Air Coalition reported positive net present values and payback times of less than two years in six of eight flaring reduction projects in Columbia from 2017 to 2019.

Few countries systematically measure, record and release flaring data publicly. The lack of monitoring equipment and limited oversight make it difficult to precisely quantify the amount of flaring around the world. Based on satellite measurements, the Global Gas Flaring Reduction (GGFR) Partnership publishes flaring estimates for approximately 85 countries on an annual basis.

GGFR data suggests that over 145 bcm of gas were flared globally in 2018, with five countries (Russia, Iraq, Iran, the United States and Algeria) responsible for more than 50%. In total, flaring resulted in around 275 MtCO2 of emissions, of which 3 Mt was methane. Considerations for further sub-optimal flaring could indicate an even greater level of emissions.

Flaring from conventional oil operations is the main source of flaring worldwide, including the top three countries by volume. However, flaring from unconventional oil production, notably tight oil in the United States, has also risen sharply in recent years.

Flaring in tight oil basins has some distinctive characteristics. In many cases, a key reason for routine flaring is the lack of proximity to a commercial market or a lack of infrastructure. This is true in some tight oil basins as well, e.g. the Bakken, where production has run ahead of the capacity of midstream gas players to commission natural gas processing capacity and pipelines.

However, another issue – especially in the Permian basin – has been a temporal mismatch, e.g. when a gathering system has several new wells that have a high rate of production, or wells where the gas to oil ratio increases over time. Minimising flaring in these cases requires some tailored solutions in terms of production management and planning. A recent assessment of the Permian tight-oil basin indicates a fourfold increase in flaring since 2012, with annual flaring estimated at 6 bcm.

In the SDS, the volume of gas flared drops dramatically in the upcoming decade. Flaring is soon eliminated in all but the most extreme cases, with less than 13 bcm flared from 2025 onwards – less than 10% of the current global level.

It will be important to minimise the flow of new projects that might require flaring; this is a question of regulation and careful project selection and design.

For existing sources of flaring, in the majority of cases the optimal solution to flaring is to extend the natural gas grid. But even in the absence of connection to the gas network (sometimes not a practical option for remote oilfields), there are alternatives that can offer productive uses for the natural gas:

There are also opportunities to improve the efficiency of existing flare technologies.

It can be challenging for individual and small-scale operators to deploy flaring reduction options if they cannot benefit from economies of scale. In some regions, the ownership of fuel streams may also differ, creating legal or royalty issues related to the conversion and sale of associated gas. This emphasises the importance of voluntary initiatives and regulations to encourage operators to work together to reduce flaring.

Various energy companies, governments and institutions have endorsed the Zero Routine Flaring by 2030 initiative launched by the World Bank and the United Nations in 2015.

For new fields, this initiative encourages operators to develop plans to use or conserve all the field’s associated gas without routine flaring. For existing fields, operators are asked to eliminate routine flaring when it is economically viable as soon as possible, and no later than 2030.

Although the overall percentage of fossil fuel use may decrease over time in the SDS, it is still necessary for governments, the oil and gas industry and financial institutions to work together to support the development and deployment of existing and emerging flaring reduction technologies.

Develop national frameworks to provide a legal, regulatory, investment and operating environment that can help develop infrastructure to deliver captured gas to markets, including local provision of electricity supply from associated gas.

Set an overall goal: this could include a flaring cap, wherein if flaring rises above a minimal level this triggers targeted restraints on oil output.

Establish adequate enforcement: in many cases, policies restricting flaring exist but are not sufficiently enforced.

Maximise transparency by making flaring figures (and the method for calculating them) public.

Norway was one of the first countries to introduce regulations (in 1993) requiring operators to meter flared gas and taxing flaring-related CO2 emissions. A reduction of more than 60% has been achieved from pre-1990 levels.

The amount of gas flared fell by more than 70% from 1996 to 2004. British Columbia and Saskatchewan also have regulatory measures in place to address flaring in upstream oil and gas operations. During the Covid‑19 downturn, the Government of Canada has designated CAD 750 million to financially assist operators in the form of repayable loans for emissions reduction projects.

In 2016 Nigeria announced its intention to ensure that new field development plans include a gas utilisation scheme prohibiting routine flaring by 2020. Nigeria successfully reduced flaring by 70% between 2000 and 2019, but significant flaring is still occurring at many sites across the country. Nigeria’s Department of Petroleum Resources (DPR) therefore initiated a bidders’ conference to tackle existing gas flaring at 45 sites.

Ensure the timely development of gas infrastructure, including gas processing or pipeline capacity for existing and new oilfields, to ensure that associated gas can be brought to the market.

Include gas utilisation technologies and flaring reduction technologies in the design of new oil developments: flaring can much be more easily avoided (and at a lower cost) if it is addressed during development planning. This requires collaboration and alignment all along the value chains for the hydrocarbons being produced.

Increase the direct measurement of flared gas, as it is generally just estimated using a gas balance exercise.

Investigate opportunities to support and fund companies and field trials seeking to implement gas utilisation and flaring reduction technologies and their deployment.

The Global Gas Flaring Reduction Partnership (GGFR) is a public-private initiative made up of national and international oil companies, national and regional governments, and international institutions. The GGFR aims to increase the use of natural gas associated with oil production by helping to remove technical and regulatory barriers to flaring reduction, conducting research, disseminating best practices and developing country-specific gas flaring reduction programmes.

The Oil and Gas Climate Initiative (OGCI) consists of 13 major international oil and gas companies that seek to identify and support measures that can help achieve zero routine flaring by 2030.

The Climate and Clean Air Coalition (CCAC) is a global voluntary partnership of over 120 governments, intergovernmental organisations, businesses and institutions committed to improving air quality and protecting the climate through actions to reduce the emission of short-lived climate pollutants. The CCAC works to bring stakeholders together to address climate policies and practices, and it “helps partners and stakeholders create policies and practices that will deliver substantial reductions in short-lived climate pollutant emissions, starting now”.

The IEA’s WEO 2019 contains a dedicated discussion on associated gas flaring and venting.

World Energy Outlook 2017 • WEO 2017 has a special section dedicated to innovation and the environmental performance of oil and gas, and explores ways to reduce the emissions intensity of oil and gas operations. • https://www.iea.org/reports/world-energy-outlook-2017

Over the last decade, the EDF has completed over 16 studies to examine methane leaks across the oil and gas supply chain. Their studies on methane leaks and flaring have contributed significantly to the growing body of knowledge pinpointing and quantifying leak sources.

Methane Emissions from Oil and Gas 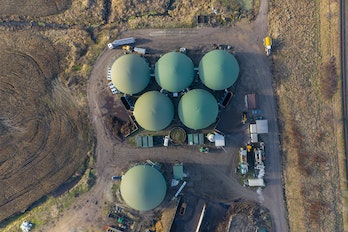