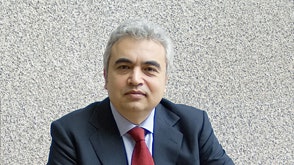 The Governing Board of the International Energy Agency (IEA) this week confirmed the appointment of Dr. Fatih Birol as the next Executive Director of the Agency. He will succeed Ms. Maria van der Hoeven, who will complete her four-year term on August 31, 2015.

This marks one of the rare occasions that the head of an international organisation has been selected from within its ranks. Renowned in the energy field, Dr. Birol joined the IEA in 1995 and has risen to now hold the positions of Chief Economist and Director of Global Energy Economics. In this role, he oversees the IEA’s flagship World Energy Outlook publication, which is recognised as the most authoritative source of strategic analysis of global energy markets. He is also the founder and chair of the IEA Energy Business Council, which provides a forum to enhance co-operation between the energy industry and energy policy makers.

Earlier in his career, Dr. Birol served in the Secretariat of the Organization of the Petroleum Exporting Countries (OPEC) in Vienna, an experience which gives him a unique perspective on the producer-consumer relationship. He has also been a member of the UN Secretary-General’s High-Level Group on Sustainable Energy for All and was named by Forbes magazine among the most influential people on the world’s energy scene.