The Covid-19 crisis has exacerbated many of the challenges facing fuel suppliers and electricity generators. To some degree this has worked to India’s advantage, as lower prices ease its fuel import bills. But strained balance sheets and uncertainties over demand also affect the prospects for domestic energy investment and supply.

The longer-term effects of the pandemic are likely to vary significantly by fuel and technology. In the STEPS, India’s gas supply (production plus trade) in 2030 is only slightly below the levels projected in WEO 2019, but oil supply is down by 5%, and coal is down by one-quarter. The pandemic takes more than 500 TWh off electricity generation in 2030 in the STEPS, compared with pre‑crisis projections, with the brunt of the reduction being borne by coal-fired generation.

Despite the shock from Covid-19, India’s electricity demand is still projected to grow by almost 5% per year to 2040 in the STEPS, which is nearly double the rate of energy demand as a whole. India adds capacity the size of that of the European Union to its installed base over the next two decades, with solar PV and wind accounting for more than three-quarters of the capacity additions as their costs fall. By 2030, new solar PV, whether alone or paired with battery storage, becomes competitive with existing coal-fired power.

The rise in demand for electricity brings with it much greater variability in both supply and demand. On the supply side, this reflects the growth in solar PV and wind. On the demand side it is related in large part to a six-fold increase in peak daily electricity consumption for air conditioning to 2040; higher efficiency standards for this equipment could remove the need for $9 billion to $15 billion of investment in peaking plant capacity.

India’s requirement for power system flexibility rises faster than anywhere else in the world in the STEPS, and it is higher still in the IVC and SDS. The achievement of ambitious renewable energy targets which call for 450 GW of non‑hydro capacity by 2030 has to be accompanied by a transformation of the power system in order to accommodate this growth, and this requires flexible operation of the coal-fired fleet, robust grids, and battery storage and demand-side response.

India’s ambition to become a “gas-based economy” comes at a time of ample international supply. However, price remains a very sensitive issue for Indian consumers, especially given the complex patchwork of additional charges and tariffs that turn an average wholesale cost of gas in 2019 of $6/MBtu into an estimated average end‑user price of $12/MBtu. If all proposed gas infrastructure were to be built, some 70% of India’s population would have access to gas, up from around 3% today, but there remain a host of permitting and financing challenges.

In the STEPS, growth in gas consumption is concentrated in the industrial sector and in city gas distribution; in the IVC and in SDS, gas consumption also displaces significant amounts of coal in the power sector. The projections in the IVC and SDS underline that India’s vision for gas cannot be limited to natural gas of fossil origin if the country is to meet its environmental and sustainability objectives; it needs to incorporate an expanding role for low-carbon gases, biomethane and hydrogen, where India has major potential as well.

India's ambitions to reduce import dependence for oil and coal rest in part on expanding domestic supply. Despite ongoing efforts to improve the investment framework, this is challenging in the oil sector because of the complexity and the relatively limited size of the domestic resource base. In the case of coal, the domestic resource base is large enough to support increased production, but today’s steep coal production targets are difficult to reconcile with India’s evolving energy needs and environmental priorities.

Adapting India’s coal industry to these evolving needs and priorities requires concerted efforts to improve operational efficiency. It also requires the incorporation of new technologies to relieve environmental impacts, including CCUS, as well as alternative approaches to cooling at coal-fired plants: more than 80% of coal plants today are cooled by freshwater sources, and over half of these are in areas experiencing high water stress. 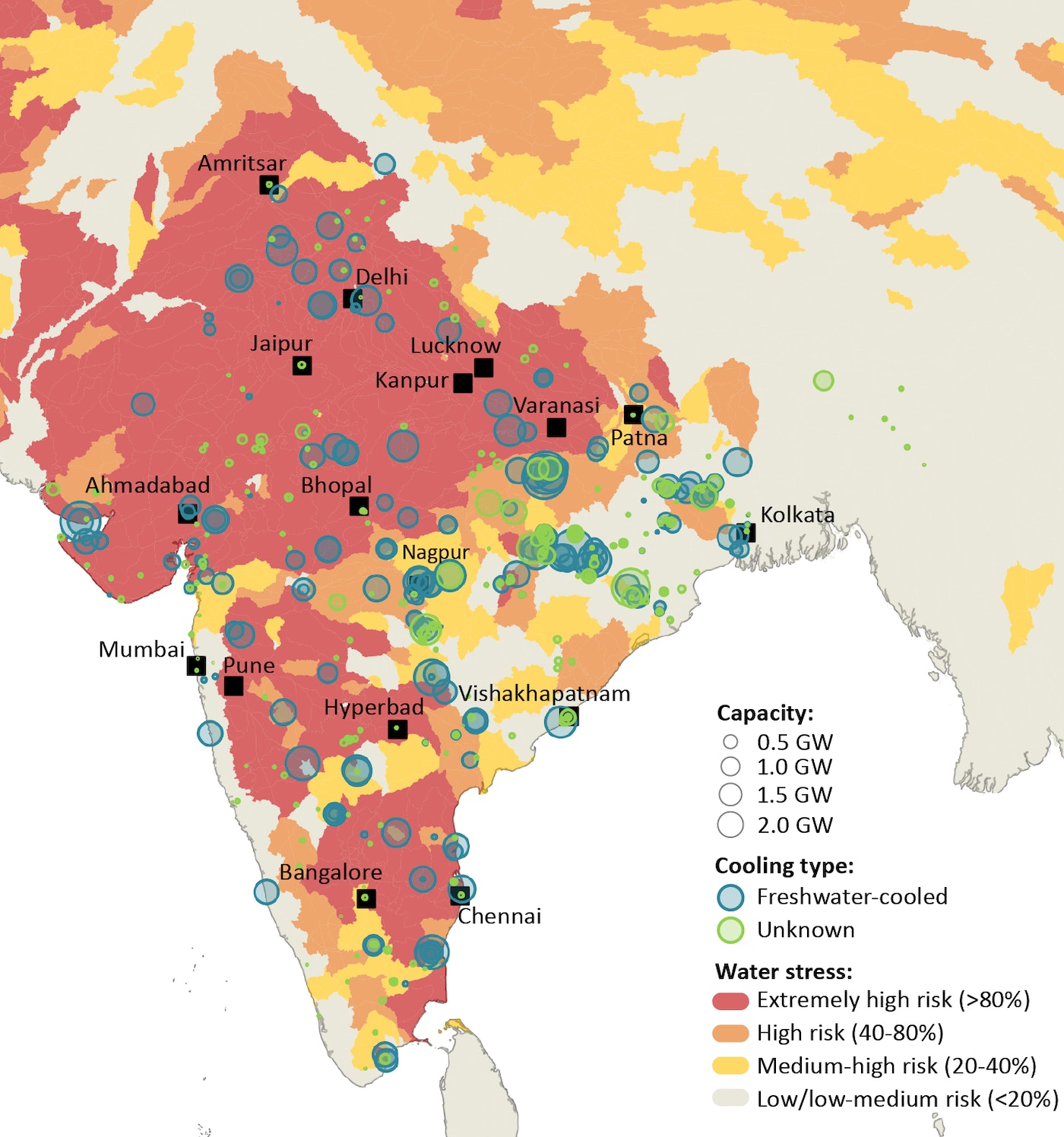 Next Implications for India and the world