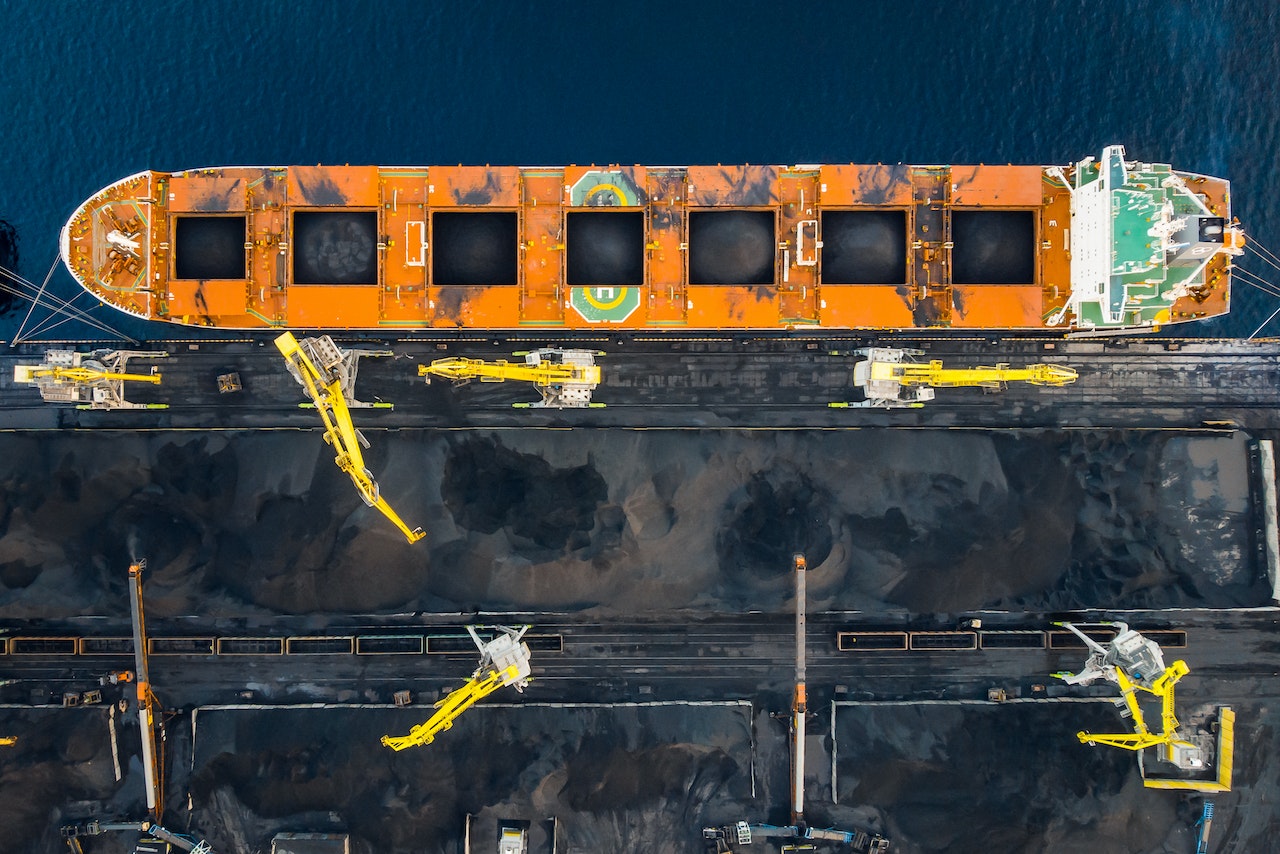 Coal 2020 highlights recent global and regional trends in coal demand, supply and trade, and an outlook to 2025. The extraordinary circumstances in 2020 impacted coal markets and lend uncertainty to how they will be tailored in a post-Covid-19 economic recovery. Therefore, Coal 2020 spotlights developments in 2020 and expected conditions in 2021. It also provides an analysis of the evolution of coal supply costs, prices and investment in mining projects. China – the world’s largest coal producer and importer as well as consumer of more than half of global coal – is highlighted. In addition, Coal 2020 includes forecasts of coal demand, production and trade by region and coal grade, and a compilation of coal mining projects in the main exporting countries in its annexes. Coal 2020 is an integral component of the International Energy Agency’s annual market report series that also includes oil, natural gas, renewables, electricity and energy efficiency.
Read press release

In 2019, global coal demand decreased 1.8% after two years of growth. Power generation from coal declined 3%, and coal use in industry increased only slightly. Two trends affected coal-fired power generation in 2019: weak electricity demand growth and low natural gas prices. Global electricity generation grew 1% in 2019, the lowest rate since 2009 and almost one-third of the average annual increase since then.

Electricity generated from renewables increased in 2019, squeezing coal and gas generation. Expanding LNG supply put pressure on natural gas prices, which fell by two‑thirds in Europe from January to September 2019. In the United States, where natual gas is generally cheap, prices in 2019 were 30% lower on average than the previous year. This spurred significant coal-to-gas switching in the power sector. In the European Union, coal-fired power generation saw its largest drop ever, both in relative and absolute terms. In the United States, it experienced its largest drop in percentage terms and second-largest in absolute terms. In India, 2019 marked the first year in four decades in which coal-fired power generation declined, reflecting the country’s economic slowdown, above average hydropower output, and expanding wind and solar PV capacity. Only China and Southeast Asia saw significant growth in coal-fired power generation in 2019, but not enough to offset declines elsewhere. In China, growth in coal-fired power generation, increased steel production and shrinking coal use in small industrial and residential boilers resulted in an overall increase in coal consumption of 1%. Across members of the Association of Southeast Asian Nations (ASEAN), coal use rose 14% in 2019, mainly reflecting demand growth in Viet Nam and, to a lesser extent, in Indonesia.

An electricity-driven decline in coal demand in 2019

In 2020, global coal demand will experience its largest drop since the Second World War, falling 5% from 2019 levels. Coal’s decline is only slightly sharper in power generation than in industrial applications. Except for China, industrial output has been severely subdued by the Covid-19 crisis. In China, switching away from small coal boilers for air quality reasons continues. Both of these factors weighed on non-power coal demand in 2020.

Measures to slow the transmission of Covid-19, notably in the first half of 2020, resulted in an unusual drop in electricity demand. This in turn significantly affected the use of coal for power generation – a trend that was compounded by low natural gas prices.

The overall decline in global coal demand in 2020 has turned out to be lower than was estimated in the early months of the year as the pandemic spread and intensified around the world. This can be attributed to a smaller decrease in global electricity demand than was predicted earlier in the year and to the robust economic recovery in China, where more than half of global coal is consumed.

A pandemic-driven drop in coal demand in 2020

Global coal consumption is estimated to have fallen by 7%, or over 500 million tonnes, between 2018 in 2020. A decline of this size over a two-year period is unprecedented in IEA records, which go back as far as 1971. Based on the assumption of a global economic recovery in 2021, we expect both electricity demand and industrial output to increase. As a result, we forecast a rebound in global coal demand of 2.6%, led by China, India and Southeast Asia. Higher natural gas prices and electricity demand are set to slow the structural decline of coal use in the European Union and the United States, which both might see their coal consumption grow for the first time in nearly a decade.

By 2025, global coal demand is forecast to flatten out at around 7.4 billion tonnes. Trends are expected to vary by region over the next five years. In Europe and North America, coal continues its decline after a temporary uptick in 2021. Given that the combined coal consumption of the European Union and the United States now represents around 10% of global coal use, further declines in those markets will have a limited effect at a global level. In China, coal demand is reaching a plateau, although our 2025 forecast will need to be reviewed following the release of the Chinese government’s 14th Five-Year Plan. China’s pledge of reaching carbon neutrality before 2060 requires a long-term roadmap to enable the smooth transition of an economy which consumes 4 billion tonnes of coal each year. India and some other countries in South and Southeast Asia are forecast to increase coal use through 2025 as industrial production expands and new coal-fired capacity is built. In India, however, the demand outlook to 2025 is considerably lower than it was a year ago as a result of the pandemic. By 2025, ASEAN will become the third-largest coal-consuming region, surpassing the United States and the European Union. In 2020, some countries made pledges that involve reducing coal use in the coming years (Korea, Japan), downsizing planned coal expansion (Viet Nam, Bangladesh, Philippines), and cancelling plans for coal development (Egypt).

Coal’s partial recovery is set to fade after 2021

China and India – the two most coal-reliant major countries – are taking steps to ensure adequate coal supply to fuel their economies and rein in imports. In China, the government is continuing efforts to increase the competitiveness and profitability of the coal sector. In 2020, the Coal Trading Centre opened in Beijing and two big new corporations were formed, Jinneng Holding Group (in Shanxi) and Shandong Energy Group. These companies, together with China Energy Investment Corporation, will produce more than 1 billion tonnes of coal each year. In India, the government intends to transform its coal sector by increasing efficiency and competitiveness, and, notably, by introducing commercial mining. In November 2020, 50 million tonnes of annual coal mining capacity was allocated via an auction process.This initial offering is still small in volume relative to the production level of Coal India (600 million tonnes a year) and India’s total domestic production (about 800 million tonnes a year).

In the United States, despite the easing in competitive pressures as a result of higher natural gas prices and the expected pickup in coal demand in 2021, coal’s prospects do not improve in the medium term. Some of the big US mining companies are now increasingly shifting away from thermal coal, which is mostly used for power generation, and focusing on metallurgical coal, which is mainly used in iron and steel production. The few coal‑producing countries that remain in Europe are largely preparing for orderly closures to minimise the social impacts on communities that rely heavily on the industry.

The international coal trade was seriously disrupted in 2020 by the Covid-19 crisis. Exports contracted by around 11%, with more than two-thirds of the decline coming from thermal coal. New import quotas in China compounded the uncertainty in the coal trade. Imports in India and Europe experienced the largest drops, but they also declined in Japan, Korea and elsewhere. Very few big markets increased their imports in 2020.

A combined reduction of over 25 million tonnes of thermal coal exports from the United States and Colombia balanced the Atlantic Basin market. It took more time to balance the Asia Pacific market, which came at the expense of Indonesian and Australian producers.

After the adjustments on the supply side, which have also included some cuts in coal exports from the Russian Federation and South Africa, thermal coal prices at the end of 2020 are just about where they were a year ago.

In the near-term outlook, another factor driving uncertainty is lower imports of Australian coal by China. While we expect a recovery in the international coal trade in 2021, supported by increased global demand, the medium-term outlook is highly uncertain. This is particularly the case with regard to the evolution of Chinese import policies and developments in India’s indigenous thermal coal production.

Lower import volumes affect some major exporters more than others