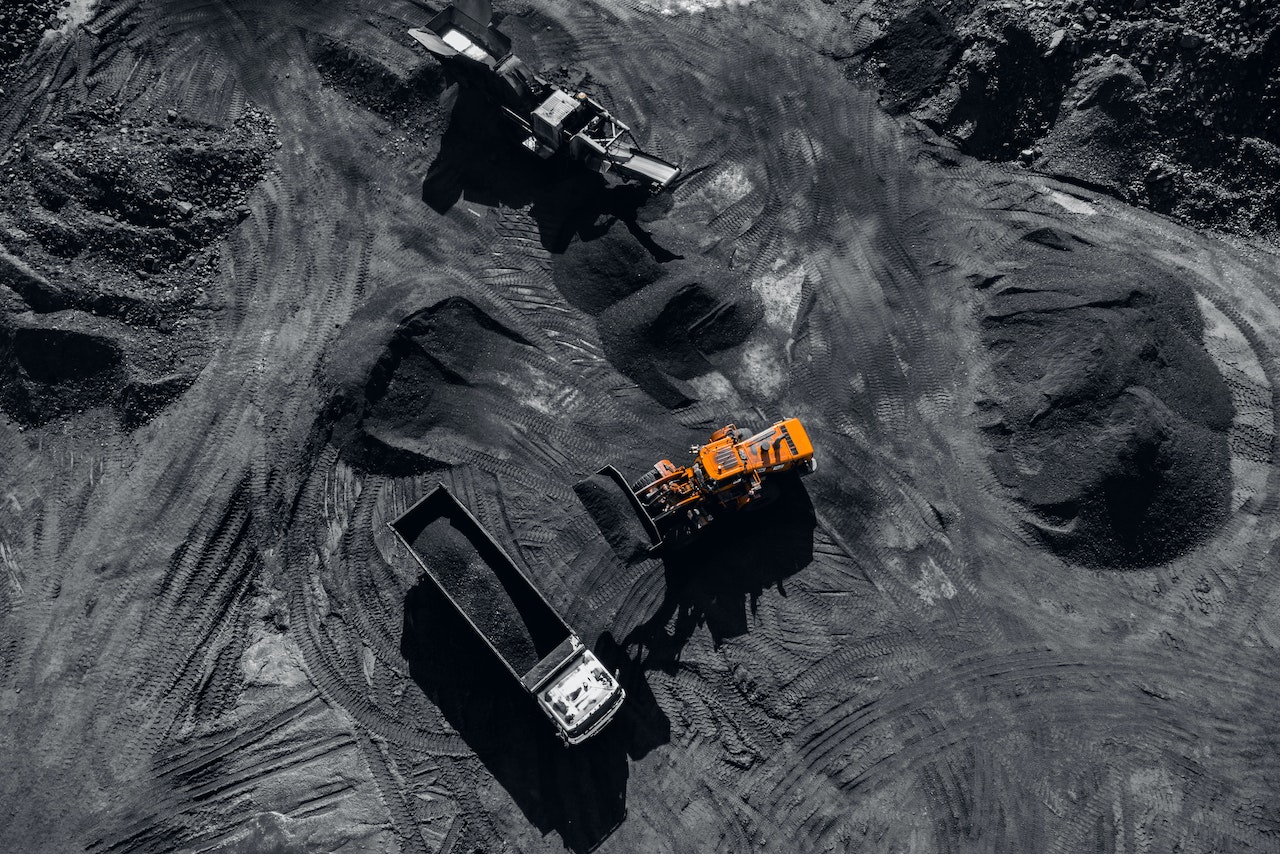 Coal remains a major fuel in global energy systems, accounting for almost 40% of electricity generation and more than 40% of energy-related carbon dioxide emissions.

Coal 2019, the latest annual coal market report by the IEA, analyses recent developments and provides forecasts through 2024 for coal supply, demand and trade. Its findings should be of interest to anyone interested in energy and climate issues.

The report finds that the rebound in global coal demand continued in 2018, driven by growth in coal power generation, which reached an all-time high. Although coal power generation is estimated to have declined in 2019, this appears to have resulted from particular circumstances in some specific regions and is unlikely to be the start of a lasting trend.

Over the next five years, global coal demand is forecast to remain stable, supported by the resilient Chinese market, which accounts for half of global consumption. But the report notes that this stability could be undermined by stronger climate policies from governments, lower natural gas prices or developments in the People’s Republic of China.
Read press release

Coal use grew again in 2018. Global coal demand increased by 1.1%, continuing the rebound that began in 2017 after three years of decline. The main driver was coal power generation, which rose almost 2% in 2018 to reach an all-time high. Coal maintained its position as the largest source of electricity in the world with a 38% share. The People’s Republic of China (hereafter, “China”), India and other Asian economies led the expansion, while coal power generation fell in Europe and North America. In non-power sectors, despite a lot of coal-to-gas switching in China, demand remained stable. The international coal trade grew by 4% in 2018, surpassing 1.4 billion tonnes.

A big production jump. Production grew by 3.3% in 2018, mainly driven by the demand growth. Four of the world’s six largest coal‑producing countries increased their output, with three of them – India, Indonesia and the Russian Federation (hereafter, “Russia”) – producing their largest outputs ever. Indonesia and Russia recorded all-time high coal exports. Average prices in 2018 were more than 60% higher than in 2016, making coal very profitable. Export revenues of USD 67 billion – the highest ever – made coal Australia’s top commodity export.

No surge, but no collapse. When the Paris Agreement was signed in 2015, coal demand was in the midst of a three‑year decline. The investment climate has also shifted. Non-governmental players, such as investors and companies have shown a strong commitment to acting on climate change. Public opposition to fossil fuels, particularly coal, is growing. Competition from natural gas and, increasingly, from renewables is coinciding with carbon pricing and policies to phase out coal in power generation. Together, these factors are shrinking the role of coal power generation in advanced economies. These shifts have raised expectations once again that demand for coal is about to collapse. However, global coal demand has rebounded since 2017. Although it will probably decline in 2019, we expect it to remain broadly steady thereafter through 2024.

Expectations of an imminent coal collapse have come and gone before. The adoption of the Kyoto Protocol in 1997 coincided with a three-year decline in global coal consumption (1997-99), and the imminent end of coal was heralded. But the decline turned out to be the result of some specific circumstances such as the Asian financial crisis and did not last. Between 2000 and 2013, global coal use rebounded spectacularly. It soared 75%, more than it had done over the entirety of the previous nine decades. A similar upsurge is not expected in today’s context, but neither is a sudden plunge.

Coal use will flatten through 2024

Coal still fuels India’s robust economic growth. India aims to become an economy of USD 5 trillion by 2024, in part by investing heavily in infrastructure. This will boost energy demand for industry and, especially, for electricity production. Although India has succeeded in bringing some form of electricity access to almost all of its citizens, the country’s per capita power consumption is still low, giving it significant scope to grow. Power generation from renewables is forecast to expand strongly, with wind capacity doubling and solar photovoltaics (PV) increasing fourfold between 2018 and 2024. But that is not enough to prevent coal power generation increasing by 4.6% per year through 2024. Overall, India’s coal demand is expected to grow by more than that of any other country, in absolute terms, over the forecast period.

Vigorous growth in Southeast Asia, new plants in South Asia. Coal demand in Southeast Asia is forecast to grow by more than 5% per year through 2024, led by Indonesia and Viet Nam. The region’s strong economic growth will drive electricity and industrial consumption, which will both be fuelled in part by coal. South Asian countries are also in need of more electricity supply for the growing populations, and they are often turning to coal to provide it. Pakistan has recently commissioned over 4 GW of new coal power plants, with similar capacity under construction. Bangladesh is about to commission the first unit of the 10 GW it has in the pipeline.

India and Southeast Asia rely on coal to develop

In China, the world’s biggest coal producer and consumer, consumption will plateau around 2022. Stronger-than-expected electricity consumption and infrastructure development have pushed coal use up in the last few years. In our forecast, the decline of coal use in the residential and small industrial sectors continues because of air pollution concerns. Coal use in heavy industry also drops, driven by structural changes in the economy as well as macroeconomic conditions in the coming years. Our forecast sees coal power generation growing, although at a slowing rate. Its share of the power generation mix is expected to fall from 67% in 2018 to 59% in 2024. Overall, coal demand in China plateaus by 2022 and then starts to decline slowly.

The five‑year-plan factor. The trajectory outlined above remains subject to the policies and targets that will be included in the Chinese government’s 14th five-year plan (which will be released in 2020). Future coal demand will potentially be affected by the government’s economic growth objectives as well as its policies on nuclear power, wind and solar, and coal conversion projects. While reducing air pollution and CO2 emissions will be policy priorities for China, coal is expected to continue play an important role in sustaining economic growth and guaranteeing energy security.

Cheap natural gas has shattered coal’s competitiveness in the European Union in 2019. Coal use in the European Union was already under heavy pressure from policies to reduce air pollution from coal plants and increase carbon prices, as well as decisions by several countries to adopt plans to phase out coal power generation. Wind and solar PV continued to increase their shares of power generation in 2019, and unusually low gas prices pushed a lot of coal out of the market. In our forecast, coal recovers part of its competitiveness in the coming years. But coal plant retirements and further growth in renewables combine to reduce coal generation by more than 5% per year through 2024.

In the United States, the shale gas boom is coal’s undoing. The federal government and some coal-producing states still provide support for coal power plants, yet coal’s destiny in the United States continues to be determined by the shale gas revolution. Cheap and abundant natural gas combined with the climate policies of many states will continue to squeeze coal out of the electricity market. In our forecast, US coal demand declines by almost 4% per year over the forecast period. Coal’s share in electricity supply, which had been as high as 50% in 2007, declines from 28% in 2018 to 21% in 2024. The decline in production is a bit lower because of the resilience of exports. But the collapse of the European market and the lack of export infrastructure on the West Coast limit future prospects.

Coal use in Europe and the United States sinks further

Exporters in the Pacific Basin will do better than will those in the Atlantic. Asian demand continues to be strong. With the collapse of the European market, Atlantic producers, including the United States and Colombia, struggle whereas Australia and South Africa fare better. Russia is progressively oriented towards Asian markets. Increasing domestic needs eat into Indonesian exports. Demand from China and India remains strong in our forecast but is an area of uncertainty because of government policies to limit reliance on imports.

The coal trade’s shift to the Pacific continues

Investment conditions for coal mines are becoming more challenging. We observe increasing difficulties for approval or financing of new mines. For instance, the start of construction of the Carmichael mine in Queensland, Australia – the most prominent coal investment of 2019 – came after a process that took more than a decade. Metallurgical coal projects in Australia, the United States and Russia, by contrast, progressed more swiftly.

Coal in South Africa is at a crossroads. The government’s Integrated Resource Plan has brought broad clarity for the future of the country’s energy sector, but other uncertainties are still hanging over the coal industry. These include the financial difficulties of electricity utility Eskom, changes in coal mine ownership, and the shift away from Mpumalanga, the country’s coal-mining heartland, to other areas. Overall, we see South Africa’s demand, production and exports remaining stable through 2024, but the factors mentioned above could change that trend.

Our coal demand forecast has not changed much from last year. Despite all the policy changes and announcements, our forecast is very similar to those we have made over the past few years. There are few signs of change. In 2019, for example, a combination of unusual circumstances appears to have led to the largest ever drop in coal power generation, which will most likely give rise to a decline in global coal consumption. However, this is within the range of the annual fluctuations over the course of a decade in which global demand is set to remain broadly stable.

Climate policy, natural gas prices and China could change coal’s future course. The main difference in this report from last year is that the downside potential is increasing. Stronger-than-expected climate policies targeting coal are probably the main factor that could affect coal demand. Lower natural gas prices could also change our forecast, as well as slower economic growth. Last but not least, as already discussed above, China will ultimately determine global coal trends through 2024 and beyond since it currently accounts for half of global consumption.