JOHANNESBURG – Global coal demand is expected to decline in 2019 but remain broadly stable over the next five years, supported by robust growth in major Asian markets, according to the International Energy Agency’s latest market analysis and forecasts.

The weakness in coal demand this year results mainly from coal-fired electricity generation, which is set to experience its largest ever decline – over 250 terawatt hours (TWh), or more than 2.5%. This drop is led by double-digit falls in the United States and Europe, according to Coal 2019, which was released today and contains forecasts through 2024.

It is too soon to say whether the expected global decrease in coal power generation this year will be the start of a lasting trend. The IEA forecasts that renewable sources will supply a major portion of the increase in global electricity demand over the next five years. Electricity generation from coal will rise only marginally over that period, at less than 1% per year – and its share will decline from 38% in 2018 to 35% in 2024. This means coal remains by far the single largest source of power supply worldwide.

Ultimately, global trends will depend largely on China, where half of the world’s coal is produced and consumed.

In Europe and the United States, coal power generation is sinking to levels not seen in decades. Growth in solar PV and wind, low natural gas prices and stagnating electricity demand have created a perfect storm for coal in both regions, where coal plants retirements continue to take place. These trends will continue through 2024, although the speed of the declines is expected to slow unless coal comes under additional pressure from stronger climate policies or lower-than-expected natural gas prices.

“Wind and solar PV are growing rapidly in many parts of the world. With investment in new plants drying up, coal power capacity outside Asia is clearly declining and will continue to do so in the coming years,” said Keisuke Sadamori, the IEA’s Director of Energy Markets and Security, who is launching the report in Johannesburg today alongside Gwede Mantashe, South Africa’s Minister of Mineral and Energy Resources.

“But this is not the end of coal, since demand continues to expand in Asia,” Mr Sadamori added. “The region’s share of global coal power generation has climbed from just over 20% in 1990 to almost 80% in 2019, meaning coal’s fate is increasingly tied to decisions made in Asian capitals.”

The report highlights that countries in South and Southeast Asia – such as India, Indonesia and Vietnam – are relying on coal to fuel their economic growth. Natural gas and oil have traditionally been the main sources of power generation in Pakistan, but the country has commissioned 5 gigawatts (GW) of coal power capacity since 2017, and another 5 GW is set to come online in the next few years. In Bangladesh, where natural gas has long generated the bulk of electricity supply, coal will gain share in the coming years, with 10 GW of capacity in the pipeline.

The IEA forecast for global coal demand in this year’s report is very similar to those in previous years, but Coal 2019 warns that potential threats to the sector are increasing. Public opposition to coal is building, many countries are mulling stronger climate and environmental policies, and renewables and natural gas are becoming more and more competitive.

Coal 2019, the latest annual coal market report by the IEA, analyses recent developments and provides forecasts through 2024 for coal supply, demand and trade. 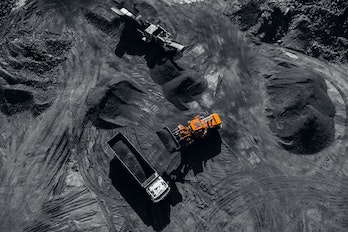