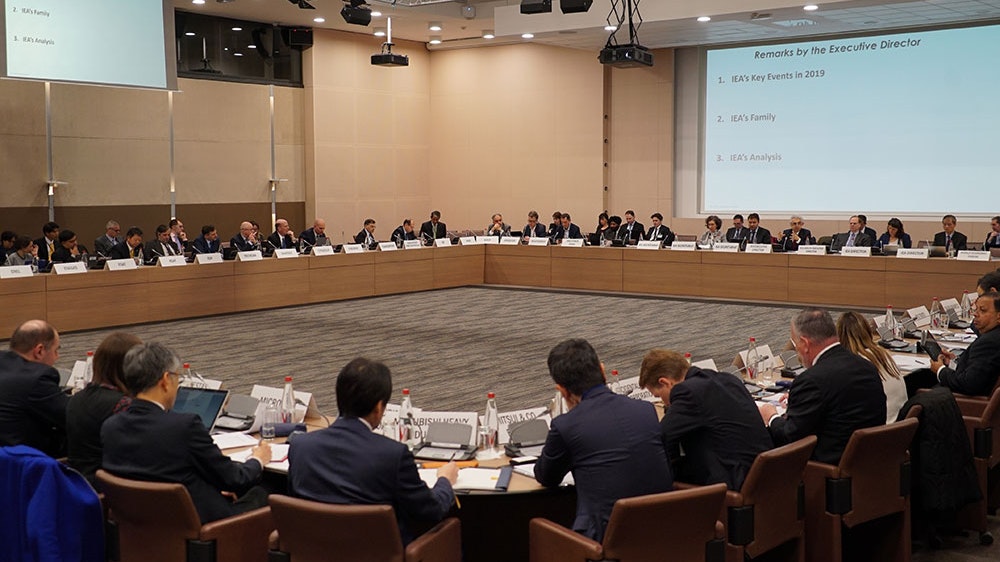 The meeting brought together executives from nearly 60 companies from around the world to discuss key issues affecting the global energy system. (Photograph: IEA)

The International Energy Agency on Tuesday held the 20th meeting of the IEA Energy Business Council, the overarching body through which the IEA interacts with the private sector.

The aim of the Energy Business Council (EBC) is to promote dialogue among the IEA, the business community and policymakers on a broad range of cross-cutting issues that have implications for the global energy system.

The meeting Tuesday in Paris marked the 10th anniversary of the EBC and was the largest it has ever convened. It was attended by executives from almost 60 companies spanning the United States, Latin America, Europe, the Middle East, Asia and Australia. The companies are involved in a wide range of activities, including renewables, technology, car manufacturing, oil and gas, financial services, utilities and energy intensive industries.

The meeting was opened and chaired by Dr Fatih Birol, the IEA’s Executive Director, who said: “The IEA is fully committed to a secure, affordable and sustainable future for all, but recent data highlights the growing disconnect between climate ambitions and real-life trends. To steer the energy system in the right direction, we need the engagement of all key energy stakeholders, including the private sector, which can offer great expertise, know-how and technology solutions across a broad spectrum of energy options.”

Dr Birol reviewed the current state of global energy markets and shared with participants the IEA’s key activities and plans for 2019. His introduction was followed by four main sessions.

In the session on electricity production and consumption, participants discussed the rapid changes taking place in the power sector, both in the way in which electricity is generated and its growing penetration of areas such as transport, industry and buildings. The discussion was informed by updated findings from the World Energy Outlook 2018’s Special Focus on Electricity.

The next session drew on the IEA’s Oil Report 2019 to look at the changes in global oil markets triggered by fast-growing shale oil production in the United States. It also covered trends in global oil demand, including the potential impact of new shipping fuel regulations and of increased plastic recycling amid growing concerns about plastic waste.

The third session considered what technologies and policies are required to minimise the social and environmental impact of oil and gas production, including methane leaks, carbon capture utilisation and storage, and the adoption of renewable-based technologies in upstream operations.

The final session explored the views of industry on some of the key preliminary findings of the IEA’s major report on hydrogen energy that will be published in mid-June as a key contribution to Japan’s 2019 Presidency of the G20.