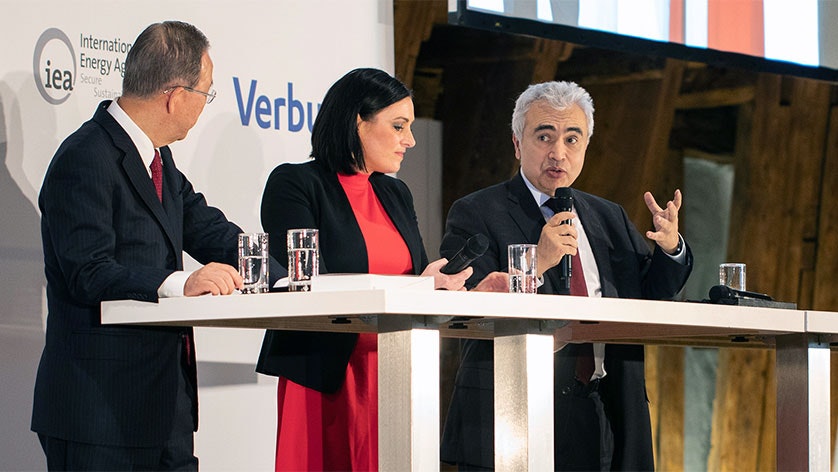 VIENNA – Dr Fatih Birol, the IEA’s Executive Director, presented findings from the latest World Energy Outlook 2018 (WEO 2018) at the Technical University of Vienna on Wednesday, followed by high-level panel discussion that focussed on how energy access is essential for humanity to develop and thrive with Ms Elisabeth Köstinger, the Austrian Minister for Sustainability and Tourism, and Mr Ban Ki Moon, the former Secretary-General of the United Nations. The importance of clean energy transitions for achieving climate goals was also discussed.

This year’s edition of the WEO found that the world population without electricity access fell below 1 billion for the first time ever in 2017, led by India; but despite recent progress, efforts in sub-Saharan Africa need to redouble to achieve the goal of universal access.

The event, co-hosted by the IEA and Austrian Power Company VERBUND, drew more than 300 participants, including ambassadors from several countries, as well as former Vice-Chancellor of Austria Mr Reinhold Mitterlehner and high level representatives from UNIDO and OPEC.

Ms Köstinger welcomed this year’s World Energy Outlook as a source of information and data for political leaders while Mr Ban spoke of his childhood experiences with access to energy growing up in South Korea, and highlighted the importance of international cooperation to improve energy access while tackling climate change.

Under Mr Ban’s leadership as Secretary General of the United Nations, the UN adopted the 17 Sustainable Development Goal (SDGs) including SDG 7 related specifically to energy. Mr Ban acknowledged the IEA’s important role in tracking progress toward SDG 7 and congratulated Dr Birol for the continued efforts in providing analysis and data on SDG 7 through the World Energy Outlook.