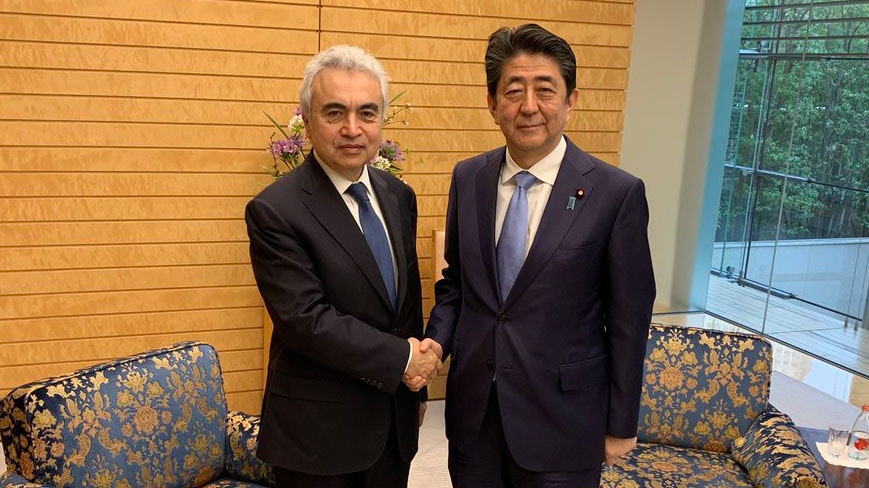 TOKYO - Dr Fatih Birol, the IEA’s Executive Director, was in Japan today to meet with Prime Minister ShinzÅ Abe and other government ministers.

In his meeting with Prime Minister Abe, Dr Birol expressed appreciation for Japan’s strong support of the IEA over many years. Discussions focused on upcoming IEA contributions to the G20 Osaka Summit, particularly a major new report on Hydrogen energy.

He then met with Minister of Economy, Trade and Industry Mr Hiroshige Seko. Their talks once again focused on the work the IEA is doing to support Japan’s G20 Presidency, including projects on Hydrogen energy, energy efficiency and clean energy investment.

Earlier in the day, Dr Birol met with Mr Hiroaki Nakanishi, Chairman of Keidanren, Japan’s Business Federation, discussing a range of issues including the upcoming B20 Summit and IEA’s work on power grids.