The H2Future project aims to produce “green” hydrogen – using electricity generated from renewable energy sources – for use in industrial processes such as the production of chemicals, iron and steel, food and semiconductors, as well as in oil and gas refineries and in mobility applications. The project will also investigate the potential to provide grid services to compensate for fluctuations in wind and solar energy.

How could this technology be explained to a high-school student?

An electric current is used to split water into hydrogen and oxygen. As the direct current is passed through the water, oxygen is formed at the positive anode while hydrogen is released at the negative cathode. In conventional electrolysis an additive such as salt is used to increase the conductivity. In PEM (polymer electrolyte membrane) electrolysis, a proton membrane allows particles to pass between anode and cathode, replacing additives in the water and making the process more environmentally friendly. The outcome is hydrogen and oxygen produced using “green” (decarbonised) electricity, and the recovered green hydrogen can be compressed and stored.

The H2Future project began in January 2017 and the pilot plant was completed and set in operation in November 2019. The atmospheric PEM electrolyser consists of 12 500 kW modules totalling 6 MW. Its ability to deliver hydrogen and provide electricity balancing grid services is being validated. The project has made an outstanding contribution in promoting green hydrogen in the EU energy agenda.

"Green" hydrogen for use in industrial processes 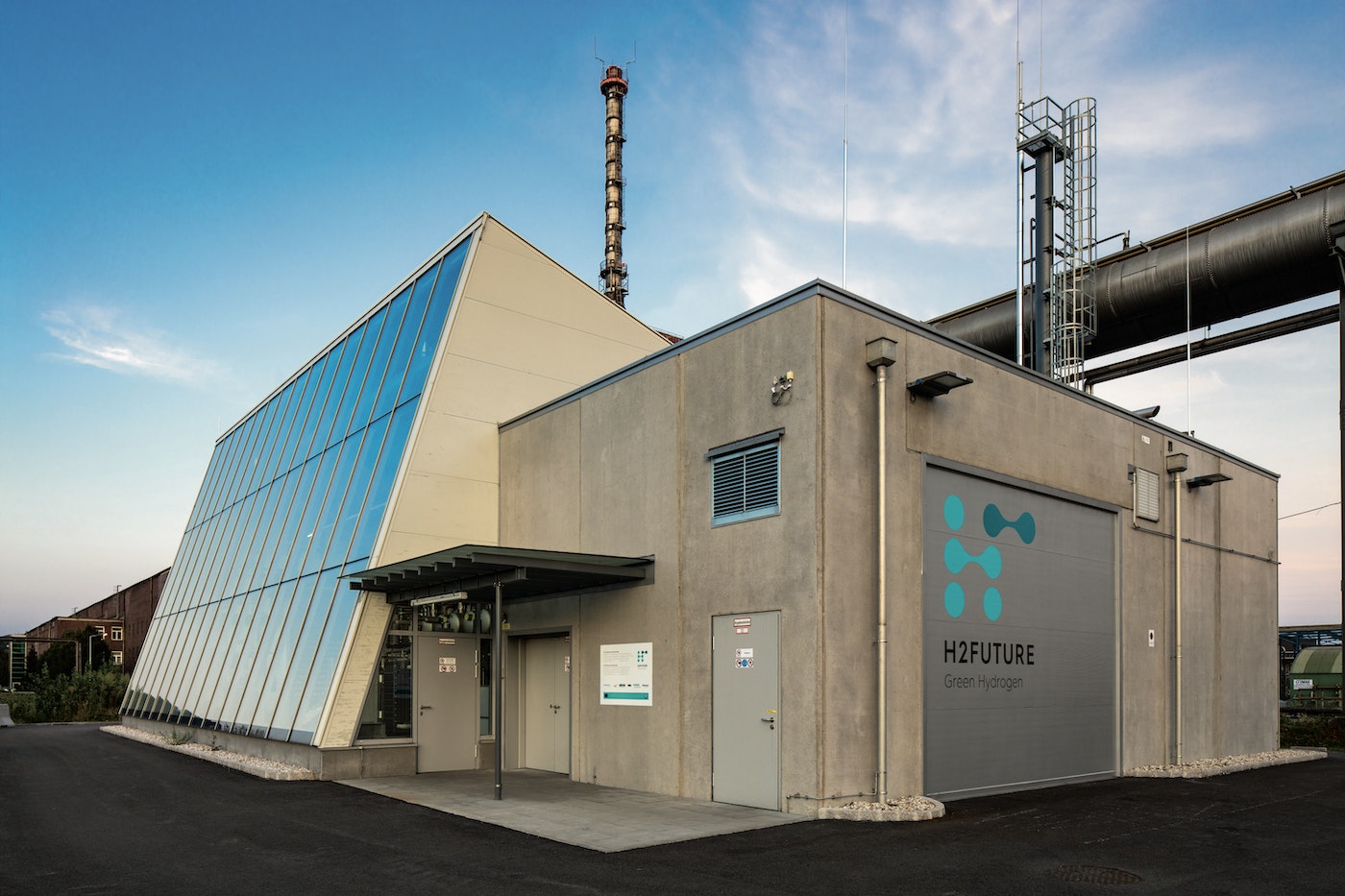 Fuel Cells and Hydrogen 2 Joint Undertaking (under grant agreement No 735503).

About the Technology Collaboration Programme on Hydrogen (Hydrogen TCP)