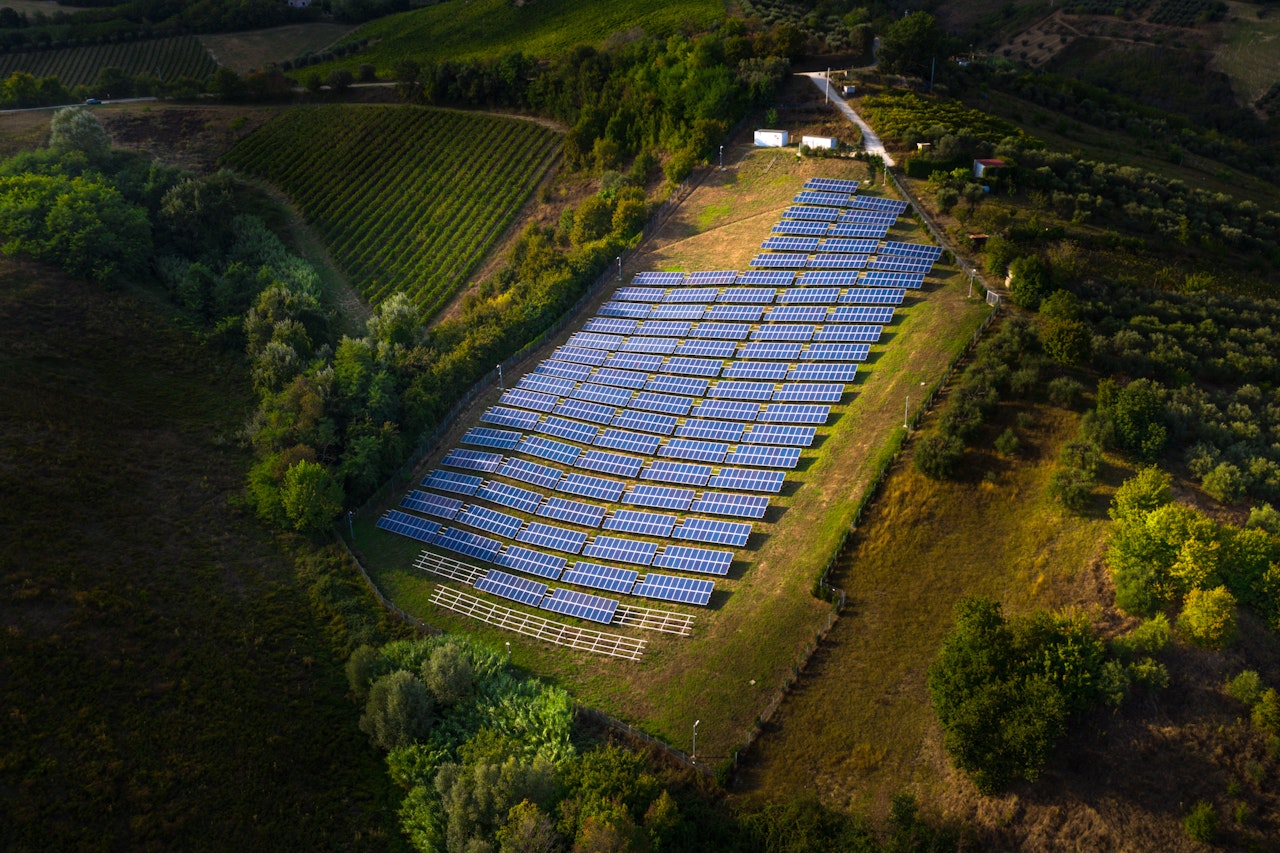 The previous IEA forecast, published in October 2019, announced that renewable capacity additions were set to achieve double-digit growth in 2019 after stalling the year before. The Renewables 2019 forecast was very close to actual performance; the 191 GW new installations actually connected to the grid last year was a 7% increase on 2018.

Renewables growth in 2019 was dominated by solar PV, with capacity additions breaking another record to reach 109 GW, slightly lower than the IEA estimate of 114 GW. Due to policy changes, China’s PV additions declined for the second year in a row to 30 GW, a sharper reduction than previously forecast. China’s share of global PV additions declined from a record of 55% in 2017 to less than 30% in 2019. In contrast, other markets such as the United States, the European Union, Brazil and Viet Nam outpaced expectations for PV additions.

Wind power saw its second-largest expansion since 2015, driven by faster growth in China and the European Union, while hydropower additions continued their declining trend as fewer projects came online in China.

After a strong 2019, global additions were expected to hit a record in 2020 before declining in 2021, a trend resulting from policy-driven developments in major markets:

Prior to the start of the Covid-19 crisis, biofuel production and renewable heat consumption were both expected to increase by around 3% in 2020. Three factors were driving our previous five-year forecast: Brazil’s new biofuels policy, the wider implementation of China’s ethanol blending mandates and continued biodiesel expansion in ASEAN member countries. In the European Union, renewable heat was set to benefit from further policy support, 2020 marking the start of the implementation period of new 2030 renewable energy goals.

Like other industries, renewables are exposed to new risks from Covid-19, varying significantly by market sector and technology. On 5 April 2020, global lockdown measures had reached a peak with over 4.2 billion people – more than half of the global population – being subject to complete or partial lockdowns.

Even though countries all over the world began to gradually lift some of these measures in early May, their impacts are still far-reaching. Social‑distancing guidelines and lockdown measures have been triggering supply chain disruption and delays in project construction, having a direct impact on the commissioning of renewable electricity projects, biofuel facilities and renewable heat investments.

Restrictions on business activities, travel and border closures have sharply reduced energy demand in transport and industry, decreasing the consumption of bioenergy and other renewables. Emerging macroeconomic challenges may prompt cancellation or suspension of investment decisions for both large and small-scale projects under development. All of these factors may put projects at risk, even if they are at an advanced stage.

For utility-scale electricity and transport biofuel projects under construction, commissioning delays will depend on the length and severity of confinement measures. These can vary by country, state or even city. By mid-May, the world’s top growth markets in 2020 had undergone four to ten weeks of non-essential business closure or lockdown, with some of the strictest measures in place in certain US states, Europe and India starting mid-March.

While these measures are intentionally strong, in most countries the energy sector counts among the essential services. Therefore, lockdown measures do not necessarily imply that construction activity on energy projects, including renewables, has fully stopped. This varies by market, however, as in some countries, access to sites was allowed under full lockdown, while in others, work on some projects could not continue even under a partial lockdown. For instance, India allowed the construction of renewable energy projects to continue during its three-week full lockdown, while major construction firms in Japan suspended works in response to the state of emergency.

Delays due to supply chain disruptions and/or closure of construction sites have the obvious result of reducing additional short-term capacity additions, with the impacts most likely seen in 2020.

A second consequence is that delayed projects may run the risk of not reaping the benefit of incentives ending in 2020. Even with site access, almost all lockdown measures and social‑distancing guidelines require companies to follow precautionary safety measures. Limitations on the number of workers allowed on site and/or stricter hygiene protocols inevitably slow construction down, increasing the risk of delays. Delays in components or construction put companies at risk of missing critical policy deadlines in China, the United States and Europe, denying them financial incentives they previously qualified for.

It is reasonable to assume that a majority of projects missing incentive deadlines may be further delayed or cancelled. In order to address these concerns, a number of countries have introduced policy changes, as reported in the table. This positively influences the outlook, in particular for 2021.

Covid-19 poses a risk to investments made by individuals and small to medium-sized enterprises in renewable energy applications, such as distributed PV, solar thermal water heaters, heat pumps and biomass boilers. These investments run a higher risk of delay or even cancellation compared to large-scale projects.

Currently, the installation of distributed solar PV has slowed in many countries as lockdown measures prevent personal contact and access to houses or commercial buildings. Moreover, households and small businesses facing financial shocks and economic uncertainty may postpone or abandon their plans to install solar PV, solar thermal water heaters or heat pumps on their property.

Italy, Austria and Belgium have experienced well above record-high hourly shares of variable renewable energy (VRE) compared to last year, reaching almost 63%, 70% and 67% instantaneous VRE penetration respectively. In addition, Germany had a new record low net load as a result of declining demand. Conversely, systems such as California and Texas experienced VRE shares similar to last year. These states experienced higher hourly VRE shares before lockdown measures, showing that in some cases variability due to weather had stronger impacts than electricity demand reduction due to Covid‑19.

Despite increasing VRE shares, security of supply has not been jeopardised during the current crisis, even in countries with very high penetration rates. However, as we transition into summer, more challenging conditions could arise – particularly in PV-dominated systems – when even more extreme VRE shares may be expected. Systems could start facing a more recurrent challenge of either decreasing conventional generation to accommodate renewable energy or curtailing renewables.

Experience shows that balancing supply and demand during summer can be an increasing challenge, as a growing percentage of demand is served on-site with distributed PV, while generation from utility-scale solar PV and other renewables also increases. This means that conventional sources are turned off and cannot provide grid-balancing services such as frequency regulation and voltage management. This problem might be exacerbated by lower demand resulting from lockdown measures and consequently even higher VRE in-feed into the system. However, these ancillary services could be provided by solar PV and wind by implementing operational changes; some countries are already actively doing this. Covid-19 may require system operators to make use of balancing tools more frequently and for longer than in past summers, as is already stated by Great Britain´s electricity system operator (National GridESO), in their April 2020 Summer Outlook.1

While existing renewable electricity assets have not seen much impact from the decline in demand, transport biofuel production plants have idled or reduced their output. In the first quarter of 2020, road transport in regions with lockdowns in place dropped by between 40% and 80% compared with 2019 during the same period. As ethanol and biodiesel are blended with oil products, their production in key countries fell in line with transport fuel demand. For instance, US ethanol production declined by almost 50% in mid-April compared to the same period in 2019.

Renewable heat consumption in industry sees a similar trend, as reduced commercial, industrial and construction activities during lockdown results in a demand shock for most heat-intensive industries, in particular for large bioenergy consumers such as the cement and wood industries. Although reduced electricity demand tends to lift the share of renewables in the electricity supply, and thereby raise the indirect contribution of electric heating and heat pumps to renewable heat consumption, this effect remains marginal overall.