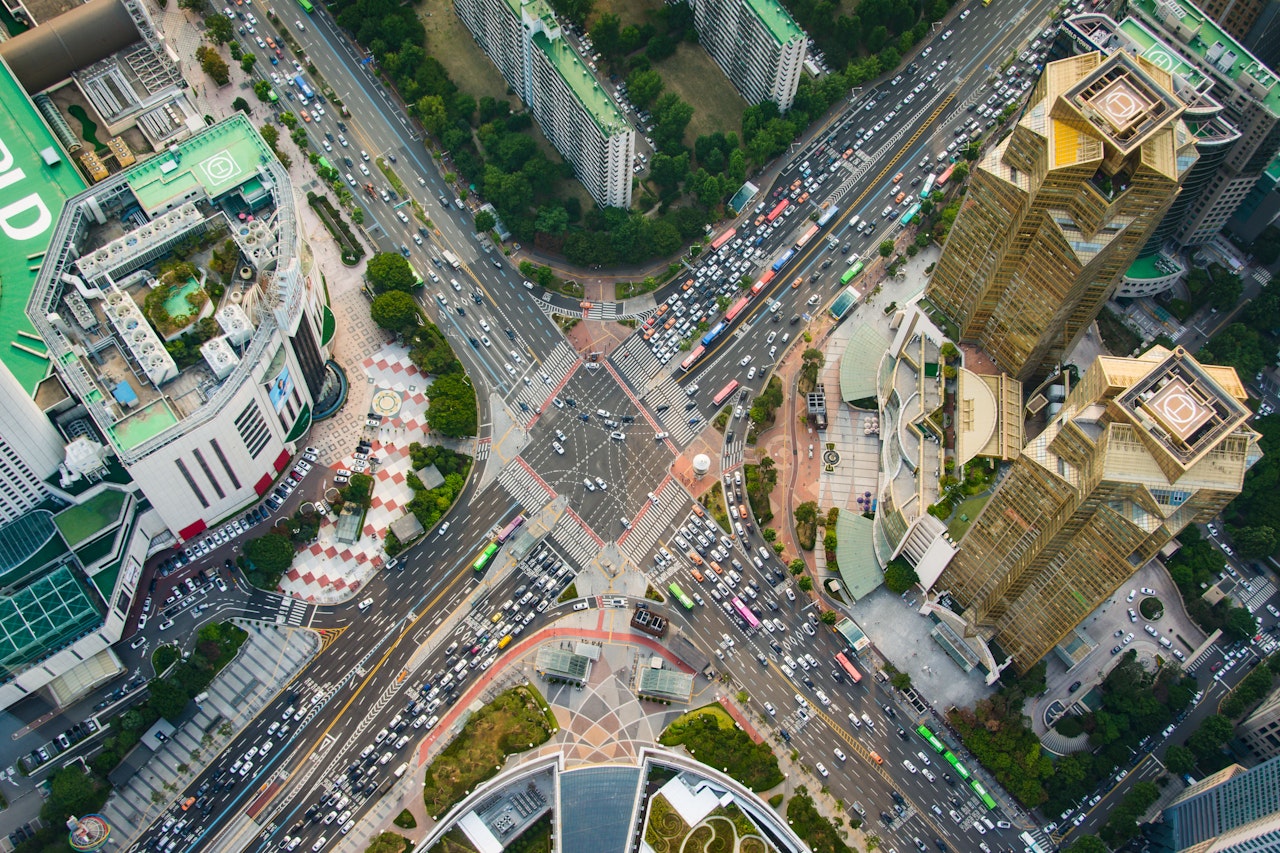 The Korean government is committed to substantially increasing the share of renewable energy sources in the electricity supply, gradually phasing out coal and nuclear power from the energy mix, significantly improving energy efficiency, and fostering the country’s nascent hydrogen industry. Many of these measures will help Korea advance its energy transition and improve its energy security, a high priority given the country’s limited domestic energy production. The government’s pledge of a Green New Deal as part of its Covid-19 economic recovery package in July 2020 is a significant step towards accelerating Korea’s energy transition. Achieving the ambitions of the Green New Deal will require addressing regulatory and institutional barriers, introducing more flexible energy markets, and making use of the country’s expertise in advanced technologies and innovative capacity.

In this report, the IEA provides recommendations for further improving Korea’s policies to help the country guide the transformation of its energy sector towards a secure and sustainable future.
This is an extract, full report available as PDF download
Download full report

Korea’s energy sector is characterised by the dominance of fossil fuels, which in 2018 accounted for 85% of total primary energy supply (TPES), a strong dependence on energy imports at 84% of TPES, and the dominance of industrial energy use at 55% of total final consumption, the highest share among IEA countries. In 2018, Korea had the lowest share of energy from renewable sources in energy supply among all IEA countries.

The Korean government is committed to advance the country’s energy transition by increasing the share of renewable electricity to 20% by 2030 and to 30-35% by 2040, to gradually phase-out coal and nuclear from the energy mix while significantly improving energy efficiency, and by fostering the country’s nascent hydrogen industry. Under the Paris Agreement, Korea is committed to limit its emissions to 536 million tonnes carbon dioxide equivalent (Mt CO2-eq) in 2030; in 2018, emissions were 709 Mt CO2-eq.

Reaching these ambitious targets will require Korea to substantially enhance decarbonisation efforts across all energy sectors, address regulatory and institutional barriers, introduce flexible market designs, and make use of the country’s advanced technologies and innovative capacity. The government’s announcement of a Green New Deal in July 2020 as part of its post Covid‑19 recovery package is a significant step towards accelerating Korea’s energy transition.

In its 3rd Energy Master Plan (EMP), the government has confirmed its intention to gradually phase-out nuclear power generation, expected to be completed in the last quarter of the century. Korea is also committed to phase-out coal-fired generation. Together, this amplifies the need to ensure system reliability and adequacy of supply at all times when the share of variable renewables increases. To facilitate greater deployment of renewable electricity, closer engagement with local communities through the creation of frameworks for more active consumer engagement are necessary.

A key aspect of Korea’s Green New Deal is the decarbonisation of the industry sector and the decoupling of the sector’s energy consumption from its economic activity, all the while maintaining the country’s strong industrial export base. The Korean government is committed to leverage the benefits of the Fourth Industrial Revolution not only for economic development, but also to support the energy transition by harnessing the opportunities offered by digitalisation to foster the energy transition. The proposed measures include the creation of a big data platform, industrial convergence with 5G networks and artificial intelligence, and the promotion of smart working and low-carbon industrial complexes.

In 2015, Korea became the first country in North East Asia to introduce a nationwide Emissions Trading System (ETS) which sets a best practice example for other countries in the region. As over 90% of the emissions trading certificates are still provided for free, the ETS resulted in a limited emissions reduction of 2% in 2019 of all ETS sectors taken together, and 8.6% in the power generation sector.

It is important that the government finds a good balance between mandatory and voluntary policy to ensure the contribution of the industry sector in meeting Korea’s ambition for energy efficiency. Moreover, it is also essential to raise the awareness of the industry players that reducing energy intensity can not only make the industry sector more resilient to energy supply disruptions, but will also contribute to sustainable growth and maintaining competitiveness.

Transport is the second-largest energy‑consuming sector and also has the second-highest emissions. The share of public transport use in Korea has been stagnating, while the use of individual motorised transport has been steadily increasing. The government is aiming to apply solutions from the Fourth Industrial Revolution to the transport sector such as “mobility as a service” and intelligent transport systems. Implementing the necessary changes to the infrastructure requires coherent co-ordination among all of the relevant authorities at the central and local levels and the involvement of local communities.

Korea also has strong ambitions for the creation of a hydrogen economy, and especially for the deployment of hydrogen in the transport sector. To ensure the smooth roll-out of the hydrogen transport network, the government should intensify its dialogue with affected communities that have expressed concerns about the safety of hydrogen fuelling stations and their siting.

Overall, reaching the ambitions of the 3rd EMP and the Green New Deal requires greater collaboration at all levels of government, enhanced responsibilities for local governments, and a proactive engagement with and of industry and civil society.

The IEA welcomes Korea’s commitment to move towards an environmentally friendly energy taxation system starting with the power sector (where in 2018, taxes on imported gas were reduced by 80% and those for coal were increased by 30%), to ensure that the price of each fuel adequately reflects the environmental costs related to its use, with a special focus on particulate matter. The IEA urges Korea to expedite the consultation for and introduction of the planned rational taxation system of transportation fuels. This would complement the government’s other policy efforts to reduce greenhouse gas emissions and to reflect the external costs of energy use.

There are increasing concerns in Korea about local air pollution and fine dust and they have become major social and economic issues. The Seoul Metropolitan Area is among the most polluted cities in the world, and in 2017 Korea had the highest fine particulate matter among OECD member countries. In 2018, the government implemented a breakthrough policy towards addressing the issue by giving local governments the authority to temporarily suspend the operation of coal-fired plants if air pollution and fine dust exceed the legal limits set by the government. To improve the levels of air pollution, the government is further committed to permanently close old coal-fired plants that have been operating for over 30 years.

Korea’s population appears keenly aware of the severity of the local air pollution problem and is demanding fast, and perhaps even drastic, actions. The government could leverage these concerns by pushing forward its agenda to reduce local air pollution while simultaneously preparing the ground for the fast implementation of other elements of its energy transition policy.

Korea has traditionally maintained a high level of oil and gas security, although the country hardly has any domestic production and no cross-country oil and gas pipelines. It has consistently been in compliance with the IEA 90-day oil stock holding requirement. Korea has successfully diversified the number of its oil and gas suppliers by taking advantage of changing international markets. As dependence on oil and gas supplies from the Middle East in 2018 was still 70% and 43% respectively, the government is committed to pursue diversification further.

Moving forward with the Green New Deal, energy security will increasingly be assessed against a broader set of parameters. Since the last in-depth review in 2012, Korea has significantly accelerated the deployment of both wind and solar PV. However, as Korea started off from a very low base, the share of electricity generated from variable renewable sources was just under 4% in 2018. Reaching the 2030 and 2040 targets (shares of 20% and 30-35% respectively) requires a resilient and much more flexible electricity system, capable of accommodating the growing share of variable and decentralised renewables.

Korea’s electricity sector is operated as a mandatory pool with a single buyer; wholesale and retail prices are not set by the market, but by the government. The role of Korea’s Electricity Regulatory Commission is largely advisory, with all important decisions taken by the government. Failure to open the electricity sector and introduce true competition and independent regulation along the electricity value chain can become major impediments for Korea’s energy transition.

The government is proactively addressing emerging threats to energy security potentially stemming from increasing digitalisation of the energy supply chain and the overall energy system. The IEA congratulates Korea on the issuance of its first National Cybersecurity Strategy in 2019, which sets a best practice example for other IEA countries.

The government of Korea should: