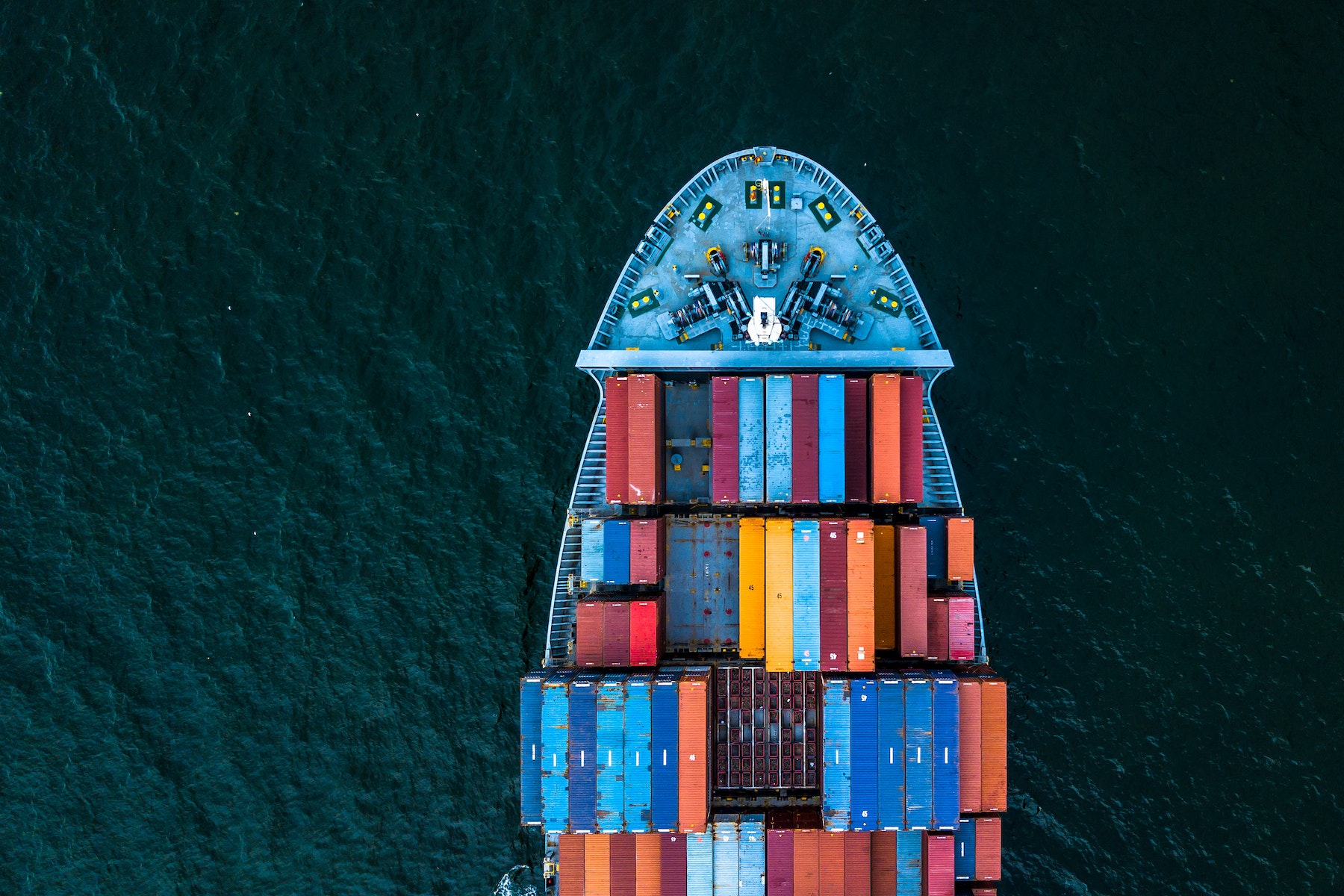 In 2021 international shipping accounted for ~2% of global energy-related CO2 emissions. While measures approved by the International Maritime Organization are likely to curb the rise of emissions over the 2020s, greater policy ambition is needed to steer the maritime shipping sector onto the pathway in the Net Zero Emissions by 2050 Scenario, which entails an almost 15% reduction in emissions from 2021 to 2030. Technological innovation, supportive policies and collaboration across the value chain are needed to drive the adoption of low- and zero-carbon fuels and technologies for oceangoing vessels.

In 2021 emissions from the international shipping sector grew by 5%, rebounding from the sharp decline in 2020 to reach 2015 levels. To get on track with the Net Zero Scenario, total emissions will need to remain steady to about 2025, despite an expected increase in activity, and then begin decreasing by about 3% per year to 2030 (resulting in a total decrease of over 15% from 2025 to 2030).

Innovation is vital to ensure that zero-emission oceangoing vessels are made commercially available by the mid-2020s. The stringency of existing policies from the International Maritime Organization (IMO), such as operational emissions intensity standards, needs to be increased to ensure significant emission reductions and to encourage the adoption of low- and zero-carbon fuels and technologies for oceangoing vessels.

According to the Global Maritime Forum, over 85 zero-emission vessel pilots and demonstrations were initiated during 2021 and the first quarter of 2022. Of the over 200 projects explored in their study, about 45 focus on hydrogen technologies and another 40 on ammonia technologies for shipping; battery-powered vessels represent another 30 projects. Methanol vessel projects account for about 25 projects.

Orders for new ships are also showing a trend towards alternative fuels. Despite near-term constraints with respect to the readiness of zero-emission technologies, it has been reported that in the first half of 2022 66 new-build orders were for ammonia-ready vessels and three were for hydrogen-ready vessels.

Industry is progressing the development of zero-emission vessels

New fuelling infrastructure will be needed to enable the use of alternative, zero-emission fuels for international shipping.

In November 2021 clean energy solutions provider Unitrove unveiled the world’s first liquid hydrogen bunkering facility, albeit still pre-commercialisation. In 2021 there were also a number of announcements regarding ammonia and ammonia-ready bunkering designs. These include ammonia bunkering vessels as well as the world’s first floating ammonia bunker terminal. The Global Maritime Forum reports that in first quarter of 2022 there were over 20 hydrogen bunkering infrastructure projects and over 10 for ammonia.

In addition to bunkering infrastructure, efforts will be needed to establish the entire fuel supply chain, including fuel production, transport, distribution and storage.

Bunkering infrastructure for alternative fuels will be a key enabler

In June 2021 the IMO adopted a set of short-term measures, expected to enter into force in November 2022, to achieve the target of reducing the carbon intensity of shipping by 40% by 2030. The measures comprise mandatory goal-based operational and technical requirements, to work towards achieving the initial strategy for reducing CO2 emissions by at least 50% in 2050 compared to 2008.

In July 2021 the European Commission proposed the FuelEU Maritime initiative, which imposes constraints on the average annual GHG intensity of on-board energy used by ships. These limits become stricter over time, starting at a 2% reduction in 2025, rising to 6% in 2030 and up to 75% in 2050, relative to the 2020 GHG intensity. The goal is to force ships to gradually adopt low-carbon fuels during voyages within the European Union and for half of voyages to and from the European Union. However, there is concern that, unless revised, the proposal risks supporting the adoption of liquified natural gas and jeopardising the transition to zero-emission shipping.

In July 2022 the US House of Representatives introduced the Clean Shipping Act of 2022, which would set carbon intensity standards for marine vessel fuels, modelled on the European Union’s framework. The limits in the US proposal are more stringent than those proposed by the European Union, requiring 100% zero-emission fuels from 2040.

At the UN Climate Change Conference in 2021 (COP26), a number of declarations were made regarding the advancement of zero-emission shipping. One of these was the Clydebank Declaration for green shipping corridors, signed by more than 20 countries that agreed to support the establishment of zero-emission maritime routes between two or more ports. The objective is to establish at least six green corridors by the middle of this decade. Since the declaration, Los Angeles and Shanghai have announced a partnership to create such a corridor along one of the busiest maritime trade routes in the world, in addition to other announcements for a European Green Corridors Network and a Chilean Green Corridors Network.

Under the Mission Innovation framework, lead nations Norway, the United States and Denmark – together with a group of core member nations and support nations – have launched the Zero Emission Shipping Mission. The goal is to achieve a fleet of ships capable of running on alternative fuels that comprises at least 5% of the global deep-sea fleet by 2030.

In June 2022 over 100 CEOs and government officials agreed to set up a public–private cross-sectoral collaboration platform in coordination with the Clean Energy Ministerial. The Clean Energy Marine Hubs platform would enable the acceleration of low-carbon fuel projects that can facilitate the transport of these fuels by ship, making shipping an enabler of the wider energy transition.

Given that the current IMO targets fall short of what is needed to get on track with the Net Zero Scenario, and that international shipping is hard for individual governments to regulate effectively, the private sector may find itself playing a significant role in decarbonising shipping.

Industry players across the shipping sector (shipbuilders, operators, cargo owners, etc.) have come together under different initiatives that aim to promote shipping decarbonisation strategies. Cargo Owners for Zero Emission Vessels (CoZEV) brings together several international companies, including Amazon, with the aim of using only zero-carbon ocean freight transport by 2040. The Getting to Zero Coalition is an alliance of more than 150 companies with the ambition to accelerate maritime shipping decarbonisation through the development and deployment of commercially viable deep-sea zero-emission vessels by 2030, towards full decarbonisation by 2050. The Poseidon Principles and Sea Cargo Charter provide frameworks for integrating climate considerations into lending decisions for international shipping and for aligning chartering activities with decarbonisation goals, respectively.

Operational GHG standards specify mandatory requirements for ships to reduce their operational carbon intensity per unit of transport work. These standards allow market participants to choose the most convenient and suitable compliance strategy while gradually tightening requirements for lowering the GHG intensity of vessels. While the IMO has implemented such requirements, the stringency of specified reductions must be strengthened to surpass the levels described in the IMO’s Initial GHG Strategy. These standards should be tightened immediately, as progress in decarbonising the shipping sector must be made now, not stalled until the approval of medium-term measures in 2023-2030, as currently outlined. Further, the implementation of material non-compliance measures and extension of the standards to well-to-wake emissions would strengthen the current regulations.

Importantly, the IMO’s carbon intensity measure focuses on operational emissions, meaning that only those from onboard fuel combustion are counted. In contrast, measuring on a well-to-wake basis takes all emissions associated with fuel extraction, production, processing and delivery into account. Regulating well-to-wake emissions can support the transition to truly low-carbon fuels and avoid incentivising the reallocation of GHG emissions from onboard operations to upstream fuel production processes.

Evaluate emissions on a well-to-wake basis

Directly mandating quotas of certain zero-emission fuels and technologies is essential to create a guaranteed demand for the technology providers and green fuel suppliers and to incentivise investment in clean fuel production and supply. Direct mandates are increasingly being used in other transport sectors, as seen with zero-emission vehicle mandates for road transport and the proposed ReFuelEU Aviation regulation, both of which set minimum quotas for the deployment of zero-emission fuels and/or technologies. Such measures can help avoid unintended consequences that could stem from carbon intensity standards that are not sufficiently strict in the level of emission reductions and/or do not fully incorporate well-to-wake GHG emissions.

Use direct mandates to ensure the deployment of zero-emission fuels

Vessels have a lifetime of 20-35 years, meaning investments in new vessels today will have a huge impact on the ability of the sector to decarbonise. In 2022 the first ammonia-ready vessel was delivered; new ships should be designed to be able to convert to zero-emission fuels in the future to avoid sunk costs on fossil-fuelled vessels. Corporate investment in RD&D on zero-carbon fuel technologies needs to be ramped up; the industry has estimated that USD 5 billion is needed to advance alternative technologies towards pre-commercial deployment.

Invest in new vessels capable of running on zero-emission fuels