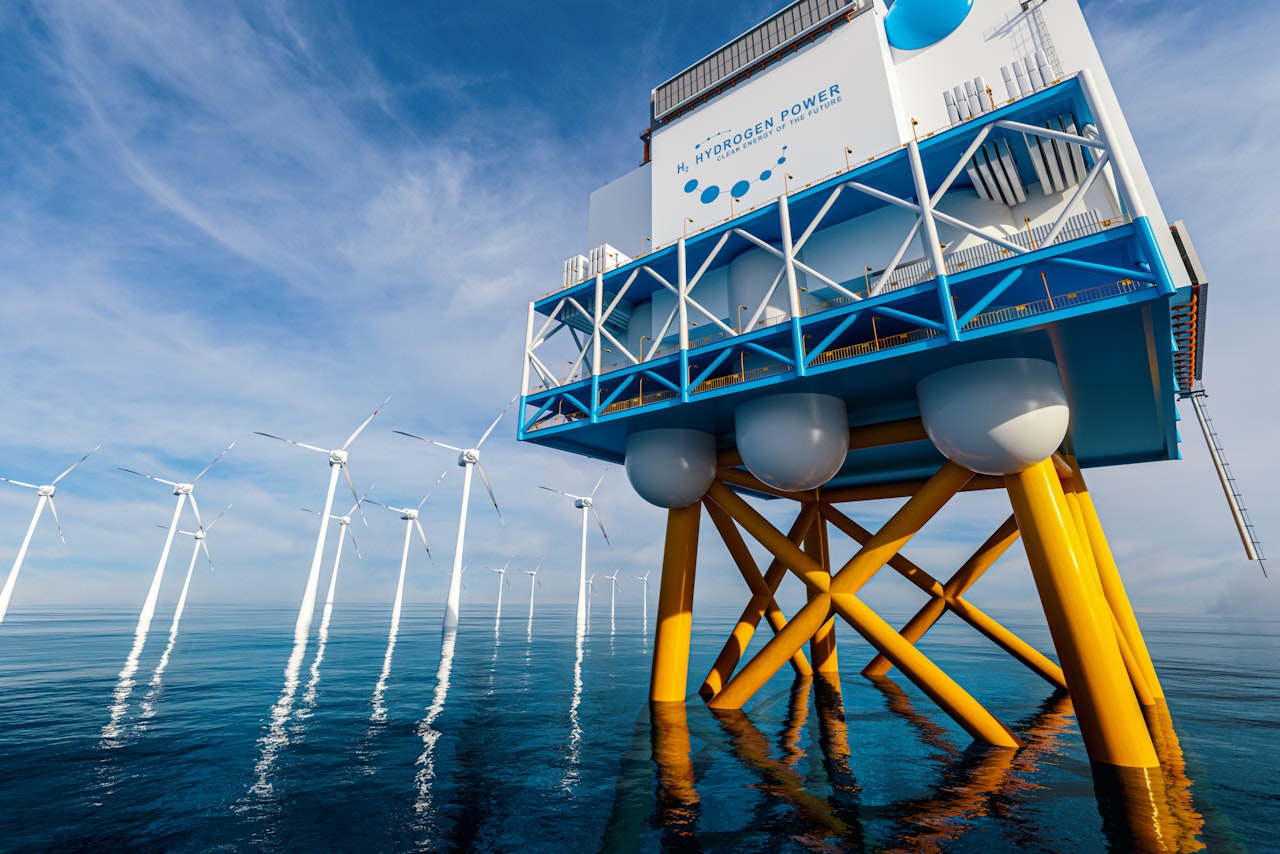 National policies and project plans for hydrogen development are brought together to explore opportunities to tap into the full potential of hydrogen as a clean energy vector. This paper aims to foster a deeper discussion about ways for countries in the north-western European region to collaborate and benefit from hydrogen developments in their neighbouring countries with a view to accelerating national deployment and the development of a regional hydrogen market.

The north-western European region1 is well placed to lead hydrogen adoption as a clean energy vector. Today, this region concentrates around 5% of global hydrogen demand and 60% of European demand. Moreover, the region is home to the largest industrial ports in Europe, where much of this hydrogen demand is located, and presents a well-developed natural gas infrastructure connecting these ports with other industrial hubs. This gas network could be partially repurposed to facilitate hydrogen delivery from production sites to demand centres. Governments in this region also have ambitious goals for greenhouse gas (GHG) emissions reduction and strong political interest in hydrogen as an opportunity to maintain industrial activity in the region.

North-western Europe has vast, underutilised potential renewable energy in the North Sea, which is central to decarbonisation strategies for countries in this region. Utilisation will require integrating large volumes of variable wind power into their energy systems, which may require upgrading electric grid infrastructure and deploying energy storage capacities. Converting offshore wind electricity into hydrogen adds an additional opportunity to absorb high volumes of wind generation into their energy systems and markets and facilitate sector integration.

The opportunity offered by the North Sea extends beyond offshore wind due to the potential for large underground carbon dioxide storage, which could enable low-carbon hydrogen production using fossil fuels coupled with carbon capture and storage. Furthermore, the potential for offshore hydrogen storage exists, which could provide seasonal energy storage for an integrated system of clean power and low-carbon gases. The north-western European region, therefore, is crucial to the realisation of European hydrogen and decarbonisation ambitions, including for delivering the 40 GW electrolysis capacity target.

While the current policy landscape can create some momentum toward this transformation, tapping into the full decarbonisation potential of hydrogen in this region requires adopting more ambitious policies and strengthening co-ordination among governments in the region that can facilitate development of an integrated regional hydrogen market. Today, hydrogen demand is concentrated in the refining and chemical industries, with more than 96% of production based on unabated fossil fuels or a by-product from industrial processes (also using fossil fuels).

With current policies and confirmed plans from major industrial stakeholders in north-western Europe, the demand for hydrogen decreases slightly by 2030 due to competing forces. On the one hand, there is a significant decline in demand from traditional sectors (mainly refining and ammonia production); on the other hand, a degree of hydrogen adoption in new applications (namely mobility and the iron and steel industry) offsets part of the decline. On the supply side, hydrogen production remains based predominantly on unabated fossil fuels, with electricity-based production making modest inroads to reach less than 5% of overall production by 2030. Under this scenario, the low-carbon hydrogen production ambitions announced by several countries in the region cannot be reached. However, policies to put into national practice the wider European energy transition goals (such as the European Green Deal or the United Kingdom Climate Change Act) can stimulate the adoption of hydrogen technologies in new applications and the deployment of low-carbon hydrogen production, resulting in measurable impacts. Hydrogen demand could grow by a third by 2030 driven by new industrial applications (primarily in iron and steel), mobility, grid injection or power generation. Hydrogen supply would also observe a significant shift toward low-carbon production. Natural gas would remain the main source of hydrogen production in 2030, but close to 50% of this production would use carbon capture, and electrolysis would make significant impacts and reach 20% of total supply. It is important to recognise that the current pipeline of projects is not enough to meet national ambitions, but national policies that include wider European energy transition goals will likely lead to an expansion of the project pipeline from now to 2030, enabling achievement of these targets.

All assessed countries have recently published, or are expected to soon publish, national strategies for the development of low-carbon hydrogen. Previous hydrogen efforts are embedded and expanded on in these, creating more holistic hydrogen approaches. These national strategies and approaches to their respective goals differ between countries, in part reflecting their differences in governance structure. Often, these strategies build upon specific national features, for example intentions to expand hydrogen use out of existing demand centres or to bank on offshore energy potentials. A common priority is focus on hard-to-abate emissions, particularly in industry. Additional potential roles for hydrogen include heavy transport, residential heating, energy trade and transport within the strategies of several countries in the region. These strategies to some extent complement each other; for example, countries aiming to create supply beyond their domestic demand may be able to meet some of the import needs of others. The analysis carried out in this report suggests that it is likely that the evolution of hydrogen demand and supply will vary across the countries in the region, offering a possibility to build on the respective strengths of each country. This also applies to technology development, the significant work done in the region to ensure safe hydrogen use and transport and research that can be of benefit to others through trade and knowledge sharing. Potential obstacles to such cross-border collaboration and the creation of a regional low-carbon hydrogen market include mismatches in standardisation and certification between countries, as well as the lack of a framework for trade, European Union state aid rules, organisation of joint projects and factoring in funding for cross-border projects.

Countries in north-western Europe (Belgium, Denmark, France, Germany, the Netherlands, Norway and the United Kingdom) have made significant progress at a national level and have developed their visions about the role that hydrogen should play in their individual long-term energy strategies. From the analysis in this report, CIEP and the IEA have identified four priorities to be addressed in regional dialogues:

For this report, the north-western European countries considered are Belgium, Denmark, France, Germany, the Netherlands, Norway and the United Kingdom.