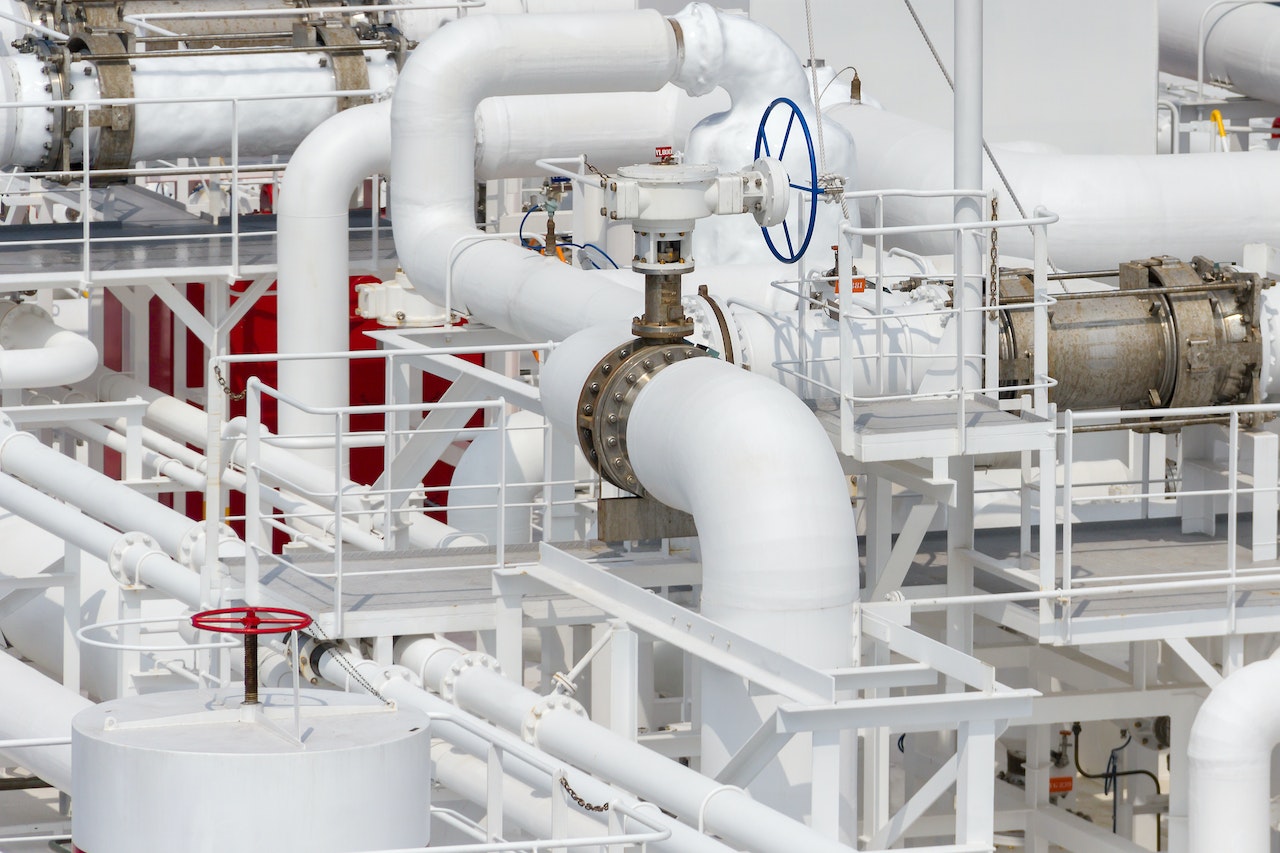 After a record drop in global demand of about 75 billion cubic metres (bcm) in 2020, natural gas markets experienced significant supply-demand tensions in the initial months of 2021. Colder-than-expected temperatures and tighter supply led to price rallies and spikes, first in Northeast Asia in January and then in North America in February.

These winter storms provided some short-term support to natural gas demand, but market fundamentals for 2021 remain fragile. Global gas demand is expected to recover to its 2019 level, but with uncertainties regarding the recovery trajectory in fast-growing markets as compared to more mature regions, while sectoral demand is subject to a variety of risk factors including a slow rebound in economic activity and fuel switching.

This new quarterly report offers a detailed review of 2020’s gas supply and demand fundamentals and figures, an analysis of recent developments in global gas markets during the northern hemisphere’s heating season, and an updated near-term outlook for 2021

After average conditions in early winter, natural gas markets experienced severe supply-demand tensions in the opening weeks of 2021, with extremely cold temperature episodes sending spot prices to record levels. The first episode took place in Northeast Asia in January with a combination of incremental gas demand, limited storage capacity and regional liquefaction outages that pushed spot LNG prices and charter rates to unprecedented highs. This had repercussions on European markets, driving LNG away from Europe and prompting a surge in storage withdrawals and price spikes. The second happened in North America in mid-February, when extremely cold temperatures led to rising heat and electricity needs while hampering production with well freeze-offs, resulting in rolling power cuts in several US states and Mexico.

This report provides a detailed account of the events and consequences of both cold spells, addressing their immediate impacts on supply availability and market prices. These extreme events also illustrate broader energy policy and security-related realities. First, they are a useful reminder (after last year’s unusually mild heating season) that winters can be cold, and that natural gas demand is particularly temperature-sensitive. Several tools are available to cope with this, such as storage, interconnectors, flexible fuel capability and diversified supply portfolios, and they played a critical role in mitigating the impacts of supply-demand tensions in both episodes. Second, that gas markets are becoming truly global, with implications for interdependence. This was illustrated by the LNG switch from Europe to Asia during the January cold spell, compensated by withdrawals from European underground storage sites. And third, that liquid and competitive markets help create short-term flexibility that is also needed to balance markets in such extreme situations. Time will tell whether the cold snaps of winter 2020/21 will have an influence on market design and regulatory policy decisions. But they do remind us that security of energy supply is never out of season.

No glorious summer in sight for 2021

While these winter storms provided some support to the rebound in heating demand, they are not sufficient to fundamentally change our view on natural gas consumption in 2021. This forecast expects a 3.2% y-o-y increase in global gas demand, sufficient to offset the losses of 2020, but subject to uncertainty linked to the global health and economic recovery, and to the same caveats expressed in our previous quarterly report. Most of the expected demand growth is in Asia and other fast-growing markets, whereas mature markets see a more gradual recovery, with some likely to remain below their 2019 level. Among consuming sectors, power generation remains the most challenging due to a combination of low electricity demand growth and increasing competition from renewables and cheaper alternative fossil fuels.

Winter of our discontent

Japan’s electricity demand greatly exceeded the previous year in January due to the cold winter weather. At the same time only three of the country’s nine restarted nuclear reactors were operational, and solar power output was also reduced due to the snow cover. The ensuing tightness in electricity markets led to record-high wholesale electricity prices, and prompted calls for electricity rationing. Local utilities, which entered the heating season with lower-than-average LNG inventories, were caught by surprise. The rush to secure cargoes propelled Asian spot LNG prices to all-time highs, while shipping bottlenecks delayed numerous deliveries.

Korea was relatively little affected by the tightening LNG fundamentals in the heating season. Despite record-high LNG spot prices in January, wholesale electricity prices remained stable within the normal historical range. LNG imports in January decreased by 1% y-o-y according to shipping data, while nuclear generation was up by 18% y-o-y in January.

In China, rising heating demand – combined with a strong economic recovery – pushed y-o-y gas demand growth to 23% in January. Pipeline gas deliveries were only sufficient to cover a fraction of the increase, so it was largely left to LNG to meet record levels of demand. LNG imports rose by a whopping 38% in January, but this was not enough to avoid sporadic gas supply curtailments to non-prioritised sectors. Local market tightness was evident in trucked LNG prices, which in some cities reached CNY 10 000/tonne (USD 28/MBtu), a level not seen since the 2017/18 winter gas shortage.

Europe played a critical balancing role during the Northeast Asian cold spell. In contrast to the first half of 2020, when Europe was absorbing surplus LNG, the widening spread between Asian spot LNG and European hub prices drew LNG cargoes away from Europe, with LNG imports falling by close to 40% y-o-y between mid-December and mid-January. Lower LNG inflow was compensated in Europe by ramping-up pipeline imports and by strong storage draws, which more than doubled compared to last year. Prices experienced a short-lived spike in Spain, soaring to a record of USD 18.54/MBtu on 7 January, amidst a particularly harsh cold spell and following an LNG cargo reloading on 6 January. Prices returned to their seasonal norms within days on improved gas supply conditions.

Winter storms hit the North American region in mid-February 2021, causing extremely cold temperatures across parts of Canada, the United States and Mexico. These resulted in a sharp increase in heating needs, with heating degree days reaching 279 in the United States for the week ending 18 February, some 40% above average conditions. US gas demand increased by 23% during these seven days, driven by additional needs in the residential sector (up 37%) and for power generation (up 20%). At the same time, gas production capacity was hampered by well freeze-offs and reduced capacity at gas processing plants, with weekly dry gas output plunging 15%. Southern US production areas were more affected due to the predominance of associated gas production (the presence of liquids making it more prone to freeze-offs) and where winter insulation of infrastructure is less common.

Texas, the largest gas-producing US state, was particularly hit. Local production almost halved, falling by 45% during the week of the storm. This happened while local electricity and gas demand jumped – space heating is predominantly based on electricity, which in turns relies on gas for over half of its generation. The lack of gas supply, together with low wind and reduced availability of coal-fired generation, led to electricity supply unavailability and rotating power cuts that affected 4 million customers. The Electric Reliability Council of Texas (ERCOT) shed load up to the equivalent of 35% of forecasted demand during the week of the storm. Upstream underperformance resulted in reduced linepack, which, together with power supply issues at certain compressor stations, further limited the deliverability of natural gas. Over 30 pipelines issued force majeure notices and/or operational flow orders.

Alternative supply sources provided some support to US demand, such as Canadian pipeline imports and withdrawals from underground gas storage, which both jumped (up 23% and 43% w-o-w respectively). US pipeline exports dropped by 14% w-o-w, which caused power shortages in northern Mexico. Spot prices on local hubs all surged during the storms; Texas’ Waha reached over USD 200/MBtu and Houston Ship Channel climbed to USD 400/MBtu, while Oklahoma’s OGT spiked to an all-time gas price record of USD 1 192/MBtu on 17 February. Benchmark Henry Hub in neighbouring Louisiana reached an 18-year record of USD 23.60/MBtu, suffering less from shortages than Texas. Other US hubs also experienced spikes, such as Chicago Citygate at close to USD 130/MBtu and California’s SoCal Citygate at over USD 140/MBtu. These high prices were short-lived, as rising temperatures helped bring production back online and reduced heating demand, which both returned to pre-storm levels by the end of February. 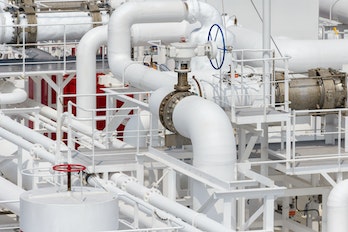