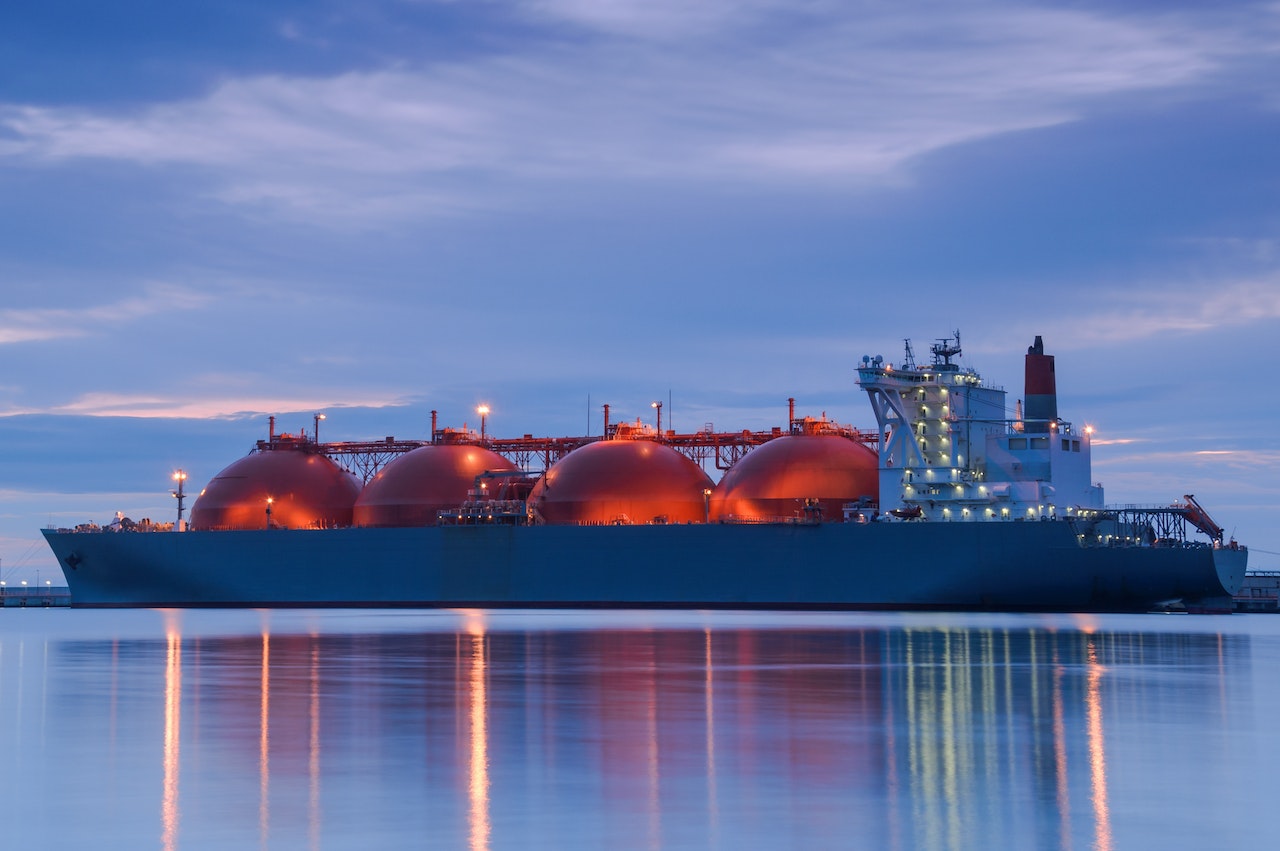 Natural gas consumption grew by an estimated 70 bcm in 2019, or 1.8% y‑o‑y, in line with the average growth rate experienced over the period 2010-17. This result reflects a cocktail of mixed signals – positive from fuel switching to gas and negative from slower economic growth and mild temperatures. The United States and the People’s Republic of China (hereafter, “China”) remained the two main driving markets in 2019, albeit both returning to single-digit growth rates. Together they accounted for over two-thirds of the uplift in global natural gas consumption.

China’s economic growth rate fell to an estimated 6.1% according to the IMF, its lowest annual increase since 1990. Natural gas demand kept growing, but returned to a single-digit rate of 8.6% (less than half the 18.1% y‑o‑y increase of 2018). City gas distribution and industry remained the main drivers of consumption growth in 2019, resulting from a combination of fuel switching measures and network expansion. The rest of the Asia Pacific region played an important role in natural gas market expansion in 2019. Growth in South Asia was mainly driven by higher LNG deliveries, especially to India and Bangladesh, while Pakistan’s imports almost stagnated. Natural gas consumption also increased in most South East Asian markets.

Beyond Asia Pacific, most growth occurred in natural gas producing regions. In the United States demand was primarily driven by power generation (see next page) and the energy industry’s own consumption to support the expansion of domestic natural gas production. Natural gas consumption continued to grow in the Middle East and North Africa due to a combination of higher electricity demand and expansion of the supply network for residential customers in Algeria and Iran. However, consumption growth in Egypt slowed after two years of strong increases.

Switching from coal to natural gas was the largest single contributor to consumption growth in 2019, accounting for over 55 bcm of additional demand. Low spot prices drove fuel switching for power generation, while clean air policies remained the principal driver of fuel conversion in China.

In the United States output of gas-fired power generation reached new highs, rising to a record share of about 38% of total generation. It increased by 8% or 123 TWh in 2019, against a sharp decline for coal (down 181 TWh). However, growth was lower than in 2018 when incremental gas burn accounted for 172 TWh.

Gas-fired power plants in Europe saw their output increase by about 11% or almost 70 TWh, against a sharp decline for coal (down 24%). Spain was the single largest contributor to higher gas burn with an annual increase of almost 50%, which accounted for about 40% of the growth in gas demand in the European Union.

In China the coal‑to‑gas conversion programme (launched in 2017 to battle air pollution) helped to further increase the share of natural gas in the industrial and residential sectors in 2019. Fuel switching in industry and city gas distribution for residential and commercial uses accounted for over half of the total increase in natural gas consumption.

However, this growth is partly offset by a reduction in natural gas burn in several markets. Nuclear output rebounded in both Japan and Korea, which led to a decrease in gas for power estimated at 12% and 2% respectively. Turkey experienced record hydro generation, which strongly impacted gas needs for power generation. Iran also saw a surge in hydro output and had to switch back to oil products for power generation due to gas supply constraints.

Global natural gas production continued to grow at a rapid pace, up by 3% in 2019, surpassing the 4 tcm mark for the first time in history. This was largely driven by the United States, accounting for over 70% of incremental gas supply last year. Gas production in the United States grew by slightly more than 10% (or 85 bcm), with the Appalachian and Permian basins contributing almost two-thirds of this growth.

Incremental supply in Eurasia was largely driven by export-oriented projects. Russian gas production grew by 1.7% (or over 12 bcm), supported by the ramp-up of the Yamal LNG project, while Azeri gas production grew by an impressive 28% (over 5 bcm) as the country rapidly increases gas output and exports from Shah Deniz II.

China’s gas output grew by close to 10% (or 16 bcm), supported by the traditional producing regions, with Shaanxi and Sichuan accounting for almost half of total growth. Shale gas and coalbed methane accounted for 40% of incremental production. In the rest of the Asia Pacific, strong growth in Australia (led by the ramp-up of LNG exports) was counterbalanced by declines in other parts of the region.

Production growth outpaced demand during 2019, resulting in a strong storage build-up both in Europe and the United States.

The global LNG trade grew by 12% in 2019, with supply increasing by a record amount of over 50 bcm. This was primarily driven by the United States, Russia and Australia, together accounting for over 75% of incremental supply. US LNG exports grew by an impressive 70%, supported by the commissioning of over 30 bcm/y of liquefaction capacity. With LNG exports above 45 bcm, the United States became the world’s third-largest LNG supplier after Qatar and Australia.

Russia’s LNG exports rose by over 50%, primarily driven by the ramp-up of Yamal LNG. Australia’s LNG exports grew by over 10%, supported by higher production at existing liquefaction plants and the commissioning of Prelude FLNG. Consequently, Australia joined Qatar to become the second nation with annual LNG exports exceeding 100 bcm.

Asia continued to be the key destination region for LNG, accounting for 70% of total LNG imports. However, it represented less than 15% of incremental LNG demand, in sharp contrast to the previous three years when it accounted for 90% of growth. In 2019 Japan’s and Korea’s LNG imports fell by 7% (or over 10 bcm) amidst nuclear restarts, while China’s LNG import growth halved in absolute terms (from 21 bcm in 2018 to just above 10 bcm last year) as a consequence of lower economic growth and slowdown of the coal-to-gas switching programmes. Other Asia Pacific markets grew by over 10 bcm, with new importer Bangladesh accounting for half of that growth. With Asian demand lower than expected, Europe alone absorbed over 80% of incremental LNG supply last year, with LNG imports increasing by almost 70% to reach an all-time high of 115 bcm or the equivalent of 20% of European gas demand.

Global gas trade expansion was driven by LNG, which grew by 12% in 2019 – its fourth consecutive year of double-digit growth

A record of nearly USD 65 billion was committed to investment in LNG liquefaction facilities in 2019, setting the stage for global capacity to increase by over 16%. Much of this investment was supported by developers and partners taking equity stake in future projects, enabling them to reach project milestones at a more rapid pace than typical LNG project financing based on long term supply agreements with third parties.

After little activity in 2016 and 2017, the market has transitioned to a new phase in the investment cycle. This began in 2018 with a strong increase in final investment decisions (FIDs) for liquefaction facilities, totalling 29 bcm/y: Corpus Christi LNG train 3 in the United States, LNG Canada, and Greater Tortue FLNG 1 across the maritime border of Mauritania and Senegal.

This surge in investment continued into 2019, with last year seeing the most liquefaction capacity ever sanctioned in a single year at 96 bcm, eclipsing the previous peak of almost 70 bcm in 2005. Projects reaching FID in 2019 included Sabine Pass LNG train 6, Golden Pass LNG trains 1–3 and Calcasieu Pass (all in the United States), Mozambique LNG trains 1 and 2, Arctic LNG 2 (Russia) and Nigeria LNG train 7. Some of these projects have the largest capacities ever sanctioned and, in many cases, could become the largest private-sector investments in the history of their respective countries. Four projects sanctioned over the past two years report that that each if their total capital expenditure will exceed USD 20 billion.

This additional infrastructure will produce gas equivalent to the LNG import needs of the entire European Union in 2019 – even more impressive considering that last year’s EU imports were higher than average.

2019 was a record year for investment in LNG export projects, with almost 95 bcm/y of new capacity being confirmed

After strengthening in 2017 and 2018, gas prices fell across key consuming regions in 2019, with global gas production growth outpacing incremental gas demand. In the United States, Henry Hub fell by almost one-fifth y‑o‑y to USD 2.6/MBtu, its lowest price level since 2016. In Europe the record high LNG influx combined with continued strong pipeline deliveries and an unseasonably mild winter resulted in the Title Transfer Facility (TTF) decreasing by 45% y‑o‑y to reach an annual average of USD 4.5/MBtu – the lowest since 2004.

LNG spot prices followed a similar pattern in Asia, declining by 44% y‑o‑y amidst ample LNG supply and subdued demand from traditional LNG import markets (including Japan and Korea), while China’s demand growth halved. However, this did not translate into a lower import price for the main Asian LNG importers, with the average import price of China, Japan and Korea decreasing by less than 3%. This was due to the persistence of a high share of oil indexation in their long-term LNG import contracts which account for a majority of their imports.