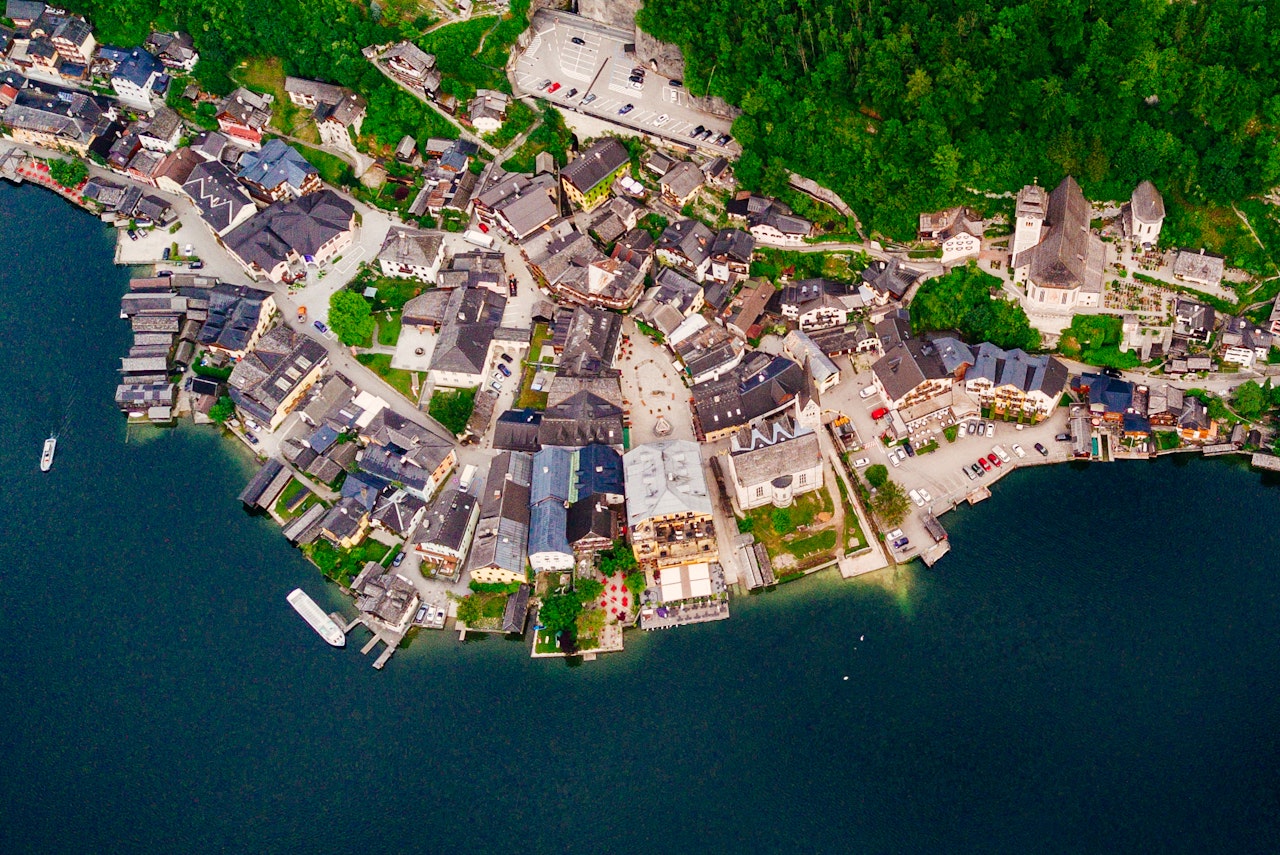 The International Energy Agency (IEA) regularly conducts in-depth peer reviews of the energy policies of its member countries. This process supports energy policy development and encourages the exchange of international best practices and experience. This report on Austria discusses the energy challenges facing the country and recommends possible solutions to help it achieve a secure and sustainable energy future.

Austria’s new government, which assumed office in January 2020, is committed to achieving carbon neutrality by 2040 at the latest – 10 years earlier than the ambition set by the European Union. This will require Austria to substantially enhance decarbonisation efforts across all energy sectors. As in many other countries, decarbonising heat and transport is challenging. In fact, Austria’s emissions growth since 2014 is largely driven by the increase in final energy consumption in the buildings and transport sectors.

Austria has impressive capacities for innovation and is an international best practice case in terms of leveraging public and private funding in this area. It will be important that the country use this strength to address the challenges ahead. In this report, the IEA provides a range of energy policy recommendations to help Austria smoothly manage the transition to a smart, flexible and sustainable energy system.
Read press release
This is an extract, full report available as PDF download
Download full report

Austria’s new government, which assumed office in January 2020, is committed to achieve carbon neutrality at the latest by 2040, ten years earlier than the goal set by the European Union. Reaching this ambitious target will require Austria to substantially enhance decarbonisation efforts across all energy sectors, building on and expanding existing policies and measures.

Austria risks missing its mandatory emissions reduction target outside the European Union’s (EU) Emission Trading System (ETS) of ‑16% in 2020 compared to the 2005 level. Austria’s greenhouse gas emissions declined between 2005 and 2016, but started to rise again thereafter, notably in transport. For 2018, non-ETS emissions are estimated at 10% below the 2005 level. For 2030, Austria is obligated to reduce its non‑ETS emissions by 36% below the 2005 level, a much larger challenge. If the current pathway is not significantly adjusted, Austria may only achieve a reduction of 27%.

In 2018, Austria released its climate and energy strategy, “#mission2030”, for reaching the 2030 targets and advancing the long-term vision of a carbon-free energy sector by 2050. Commendably, the vision addresses all energy sectors, mobility and urban sprawl in one strategy. #mission2030 forms the basis of Austria’s National Energy and Climate Plan (NECP).

The new government has now substantially increased its ambition to achieve carbon neutrality by 2040 and has announced concrete plans towards reaching the target. Among the measures are the enactment of a new climate protection law with binding greenhouse gas reduction pathways to 2040, interim targets for 2030, and sector-specific targets and timelines. The government has also committed to the installation of 1 million PV systems by 2030, which is a substantial increase from the target of “100 000 roof-mounted PV systems” under #mission2030.

Like in many other International Energy Agency (IEA) countries, decarbonising heat and transport is challenging. In fact, Austria’s emission growth since 2014 has largely been driven by the increase in final energy consumption in the buildings and transport sectors, which has not yet been decoupled from population and economic growth. Austria is therefore not on track to meet its total final energy consumption target for 2020, and the government will need to extend the scope of measures to reach the target set for 2030.

In the building sector, the new government announced phasing out all oil- and coal-fired heating systems by 2035 and restricting the use of natural gas for heating in new buildings from 2025 onward.

In the transport sector, the new government’s policy builds on Austria’s frontrunner position in the provision of public transport and committed to develop a detailed “mobility masterplan 2030”. A tax reform entered into force on 1 January 2020 to relieve the overall tax burden while strengthening the green element in the tax system. In the transport sector, the tax burden is now shifted to those vehicles with above-average CO2 emissions.

The new government is committed to a comprehensive tax reform based on ecological and social principals, with the aim to achieve true-cost pricing for CO2 emissions in sectors not covered by the EU ETS. This would be achieved by introducing, for example, CO2 pricing or a national ETS system. Lower diesel taxes in Austria result in what is called tank tourism, i.e. vehicles filling up their tanks in Austria to arbitrage on the lower prices compared to neighbouring countries. Tank tourism is estimated to contribute 5 million tonnes (Mt) of CO2 emissions to Austria’s non-ETS emissions.

In order to reach carbon neutrality by 2040, the role of electricity in Austria’s energy mix will increase significantly. The NECP sees electricity consumption possibly increasing by up to 23% in 2030 and by up to 66% in 2050, compared to 2017. The provision of low‑carbon electricity is a condition for the sustainable electrification of the energy system.

Austria’s last coal-fired power plant is scheduled to cease using coal in the first half of 2020; coal will then only be used in industry, where its replacement is more challenging given the lack of alternative fuels and technologies. Austria’s carbon neutrality target will be achieved without nuclear power, which has been banned under its Constitution since 1999.

Austria has a target of a 100% renewable electricity supply (national balance) 1 by 2030. To successfully deliver this target, Austria needs to achieve a net increase of around 22‑27 terawatt hours (TWh) of renewable electricity across all technologies. Austria is already a global leader in renewable energy. In 2018, renewables covered 29% of its total primary energy supply, the sixth highest among IEA countries, with the largest shares coming from bioenergy and hydropower. A little over three-quarters (77%) of electricity generation came from renewables in 2018, the third-largest share among IEA countries; hydro accounted for most of this generation.

Hydropower accounted for almost 60% of total electricity generation in 2018. The new government plans to add 5 TWh from hydropower towards achieving the overall goal of adding 27 TWh by 2030. Hydropower could therefore account for up to 85% of total electricity generation in 2030. Austria’s pumped storage will play an increasingly important role in the future electricity market in Austria, but also for the further integration of the European market, by providing needed storage and flexible dispatch to accommodate the growing share of variable renewable generation into the Austrian and European electricity systems.

Decarbonising the electricity sector by 2030

Austria’s energy policy is concurrently conducted at the federal and provincial levels. At the federal level, the newly created Ministry for Climate Action, Environment, Energy, Mobility, Innovation and Technology has sole competence for energy policy. At the regional level, the governments of the nine provinces retain competence for permitting of infrastructure, land use and zoning, to name but a few. Competencies for electricity infrastructure projects that extend to two or more provinces rest with the federal level.

#mission2030 recognises that the existing permitting process is complex and slow. At the federal level, responsibility for energy policy making was reorganised in January 2020 through the creation of a so-called “super ministry” combining climate action, environment, energy, mobility, innovation and technology. This will significantly reduce the administrative layers and co-ordination issues at the federal level. Even though the federal government has initiated several new legislations to reduce complexities and timelines, the issue of shared competencies with the nine provinces in the energy sector remains.

Austria is not alone among IEA countries to face challenges in expanding energy infrastructure. The 2014 in-depth review of Austria already noted the need to streamline approval procedures and suggested that the government assess the costs and benefits of the division of responsibilities. This suggestion is still valid today; a thorough review, and if necessary, changes to the legal and regulatory framework governing energy infrastructure expansion, is advisable.

Enhancing policy co-ordination at the federal and provincial levels

Traditionally, Austria maintains a high level of oil and gas security. It continuously strives to further diversify the number of its oil and gas suppliers and supply routes, and benefits from its substantial oil and gas storage facilities. Austria has consistently complied with the IEA 90-day oil stock holding requirement.

Moving forward with the energy transition, energy security will increasingly be assessed against a broader set of parameters. The target to achieve 100% renewable energy supply (national balance) by 2030 requires a resilient and flexible electricity system capable of accommodating the growing share of variable renewables and more broadly the electrification of the energy sector, demand-side management opportunities offered by digitalisation, and an enabling legal and regulatory framework for more active consumer involvement.

Austria has strong ambitions towards greening gas supplies and for the deployment of renewable hydrogen. In fact, the government aims to inject 5 TWh of renewable gas into the grid by 2030 compared to a biogas supply to residential and service buildings of around 140 gigawatt hours, less than 1% of total gas consumption, in 2017.

Maintaining Austria’s gas infrastructure is crucial with a view to ensuring electricity security in a decarbonised energy system. #mission2030’s Greening the Gas flagship notes that power to gas facilities and seasonal storage of renewable gases would assist with the integration of high shares of variable renewable electricity generation. Failure to maintain the gas infrastructure, including gas storages, and to accelerate the expansion of the electricity infrastructure along the value chain can become major impediments for the decarbonisation of the energy sector by 2040.

Since 2017, Austria’s research, development and innovation (RDI) strategy focuses on implementation-oriented projects and encourages researchers to take a systems perspective in the innovation processes. The RDI strategy is an integral part of Austria’s #mission2030 and steers activities towards national energy policy goals, ensuring they are consistent with broader regulations and priorities beyond the energy sector.

Austria is supporting more demonstration projects to accelerate the market uptake of emerging technologies and to seek greater innovation value for the money spent on RDI. It is desirable to provide innovation stakeholders with adequate funding certainty and medium-term strategic visibility, such as through multi-year budgets. The government has taken the first steps in this direction.

Austria has a strong record in mobilising private funding for RDI. For every euro spent by the government, the country mobilises on average EUR 2.5 in private funding, depending on where in the value chain the project is located. The multiplier can go up to ten for example for solar PV projects. In 2019, Austria published the first detailed report on the internal energy research expenditures by the private sector broken down by technology fields. This is a laudable initiative and sets a best-practice example among IEA countries.

Becoming an innovation leader in the energy field