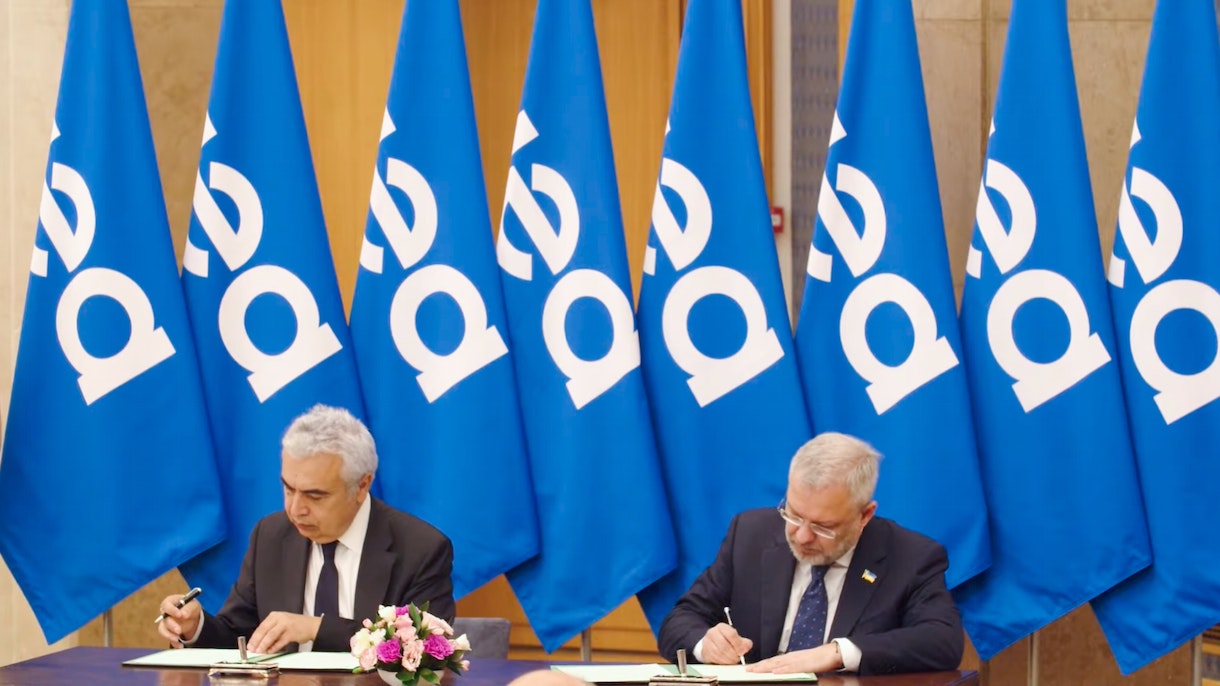 Ukraine officially joined the International Energy Agency as an Association country today, with the signing of a joint declaration by Ukraine’s Minister of Energy German Galushchenko and IEA Executive Director Fatih Birol.

The signing of the Joint Association Declaration at a ceremony in Warsaw, Poland, opens a new chapter in the long-standing partnership between the IEA and Ukraine to deepen and expand their work on the country’s energy security, clean energy transition and reconstruction efforts. The signing took place in the presence of Polish Climate and Environment Minister Anna Moskwa.

The IEA Governing Board agreed on June 16 to welcome Ukraine as the IEA’s 11th Association country, reflecting the Agency’s full support for Ukraine in the face of Russia’s aggression. The Governing Board’s decision highlighted Ukraine’s important energy security role and IEA support for its reconstruction efforts.

“The IEA has been working with Ukraine for almost two decades, and in these particularly challenging times following Russia’s unprovoked invasion, we are further strengthening the relationship to support Ukraine’s significant reconstruction needs and help it build a new energy future,” said Dr Birol. “Ukraine has an important energy security role in Europe and beyond – and it has set ambitious goals to increase energy trade with Europe and transition to cleaner energy. I’m delighted to be signing the Joint Declaration with Minister Galushchenko to expand our cooperation for achieving these goals.”

"Solidarity is becoming even more important in these times of crisis. Only by being united, are we all able to implement the International Energy Agency’s mission to shape a secure and sustainable energy future,” said Minister Galushchenko. “As a part of Europe and as a candidate for EU membership, Ukraine is ready to take an active role in strengthening energy security in the region.”

The Joint Declaration states that Ukraine and the IEA intend to work together to develop policy and build capacity in a wide range of energy­related fields, including market analysis, energy system reconstruction, energy security, efficiency, accelerated energy transitions, hydrogen and biomethane, and energy data and statistics. The specific initiatives are to be agreed upon in two-year joint work programmes.

The IEA has a long history of cooperation with Ukraine. Since 2007, the Agency has conducted four in-depth policy reviews and organised policy events and energy data capacity building in Kyiv and Odesa. The Agency has worked closely with Ukraine through the European Commission’s EU4Energy programme. The IEA also recently completed a roadmap looking at how Ukraine can harness energy demand restraint, a topic that had been a priority for the government.

The IEA’s Association framework allows the IEA to work closely and deepen cooperation with its partner countries, sharing analysis, data and best practices. Ukraine is the IEA’s 11th Association country. The framework was established in 2015 and the other Association countries are Argentina, Brazil, China, Egypt, India, Indonesia, Morocco, Singapore, South Africa and Thailand. IEA family members now represent some 75% of global energy demand.