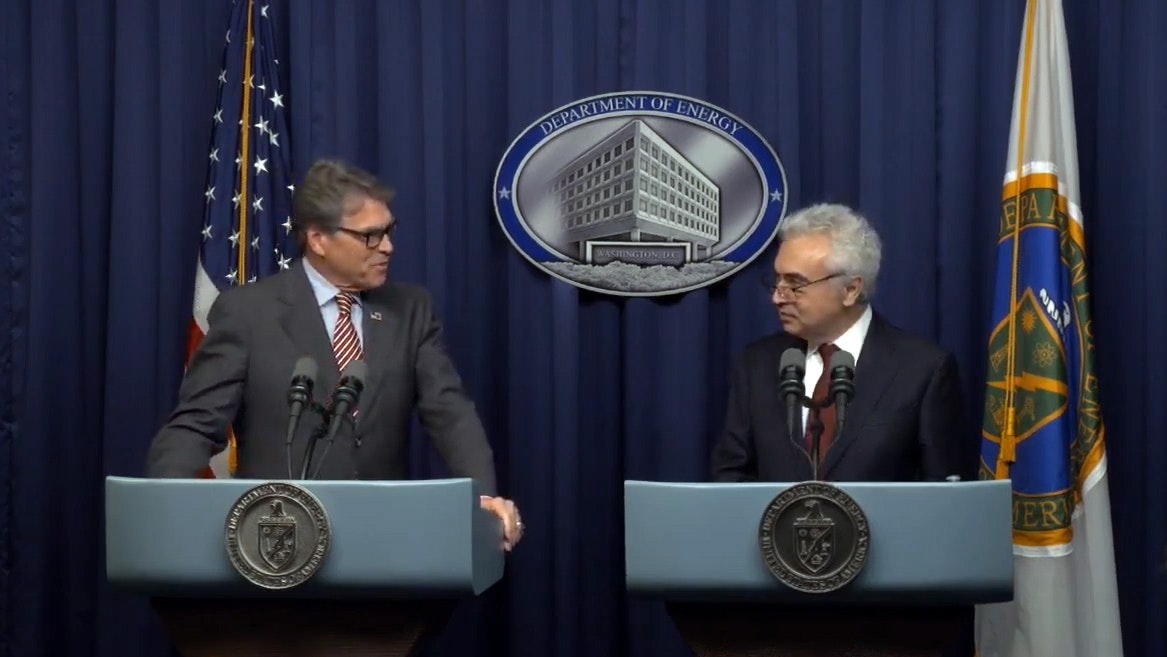 WASHINGTON – The International Energy Agency released its latest in-depth review of US energy policies on Friday, welcoming US leadership on innovation and highlighting the far-reaching impact of the country’s shale revolution.

The shale boom has transformed the United States into the world’s top oil and gas producer and a leading exporter for the fuels. As a result, the US approach to energy policy making has shifted from a mind-set of scarcity to one seeking to maximise the benefits of energy abundance, according to the report. US government policy reflects a strategy to boost energy production, benefit from greater energy exports, be a global leader in energy technologies and keep consumer energy bills in check.

A central plank of the strategy is to reduce regulatory hurdles to expanding US energy production and increasing the competitiveness of the US energy industry. While emissions are expected to continue to decline over the coming decade, the IEA report encourages a strengthening of this trend. Nuclear plant retirements, as well as less stringent emissions regulations, risk offsetting gains from the move towards natural gas and renewables for electricity generation.

“Since the last in-depth review five years ago, the United States has reshaped energy markets both domestically and around the world,” said Dr Fatih Birol, the IEA’s Executive Director, as he presented the report alongside Rick Perry, the US Secretary of Energy, in Washington on Friday. “In this context, the IEA commends the lifting of the US ban on crude oil exports as well as efforts to streamline regulatory approvals for LNG exports, which have helped bolster global energy security by diversifying supply options for importers.”

The IEA report notes that future production growth and exports will depend on the complementary buildout of oil and gas pipelines. Though the government has made efforts to streamline federal licensing for energy infrastructure, there remain cases of midstream infrastructure struggling to keep pace with shale production growth. Timely siting of gas pipelines will also help efforts to reduce gas-flaring rates from oil production.

The abundance of low-cost natural gas has resulted in gas-fired generation overtaking coal-fired generation in the power sector. At the same time, falling costs and policy support for renewable power have motivated a surge in wind and solar generation capacity. Consequently, coal and nuclear plants – which have long underpinned US electricity markets – are facing closures. The IEA recommends policy and regulatory responses to ensure a smooth transition in the electricity sector that fully leverages the growth in variable renewables while also ensuring the overall power system remains reliable and resilient.

The IEA report notes the continued priority the United States places on energy security and the protection of its energy infrastructure. It applauds steps taken by the government to update its security frameworks, including by introducing processes to address new trends such as cyberthreats.

Moreover, as the shale revolution tips the United States into becoming a net oil exporter, continued careful consideration is required when examining proposals to modernise and sell down the US Strategic Petroleum Reserve.

“The United States is a cornerstone of global energy security and will play a critical role in any future IEA collective responses,” said Dr Birol.

The review also highlights the role of the United States as a global leader in energy innovation.

“Research efforts supported by the Department of Energy and its National Labs will continue to bear fruit for global energy transitions, including in areas of carbon capture, utilisation and storage, advanced nuclear technologies and system integration of renewables,” said Dr Birol.