The Netherlands is taking a well-balanced approach to its plans for a rapid transition to a carbon-neutral economy that will support strong growth and energy security, according to a new energy policy review by the International Energy Agency.

To drive this ambitious shift, the Netherlands has focused its energy and climate policy on cutting greenhouse emissions, with targets to reduce emissions by 49% by 2030 and by 95% by 2050 from 1990 levels. In June 2019, it adopted a national Climate Agreement that was developed through a process involving diverse groups from across Dutch society that worked together to define policies and measures aimed at achieving these targets.

“The Netherlands’ Climate Agreement shows broad social and political commitment to its energy transition and serves as an excellent example of how collaborative policy-making can lay the framework for ambitious targets,” said Dr Fatih Birol, the IEA’s Executive Director. “The IEA looks forward to supporting the government as it implements its plans.”

The Netherlands faces notable challenges, the IEA policy review highlights, since its economy remains heavily reliant on fossil fuels and has a concentration of energy- and emission-intensive industries. The IEA report welcomes the steps the government is taking to address these challenges. These include the introduction of carbon pricing for industrial emissions and a competitive subsidy programme that supports a wide variety of emission reduction technologies. It also applauds the government’s leadership in supporting electric vehicles through incentives to purchase them and significant investments in charging infrastructure.

“I congratulate the Netherlands for developing a broad policy framework with robust measures to drive emission reductions in all sectors,” Dr Birol said. “The balance of ambitious targets and competitive support measures will help drive a cost-effective energy transition.”

The IEA report highlights new energy security challenges the Netherlands is facing. In line with its climate targets and in response to safety concerns over earthquakes caused by natural gas production, the government plans to end production from the Groningen gas field by mid-2022. Gas from Groningen covers a large share of the Netherlands’ heating and industrial energy demand and is a key source of regional gas supply.

The government is taking firm measures to reduce natural gas demand, both domestically and in cooperation with neighbouring countries. At the same time, it is taking a leading role in developing a market for low-carbon hydrogen to partly replace natural gas and drive emission reductions in hard-to-decarbonise sectors like industry and heavy transportation. This is complemented by support for carbon capture and storage, which is also aimed at lowering industrial emissions.

“The Netherlands has a clear vision for reducing its dependence on natural gas while protecting energy security,” Dr Birol said. “In addition, its commendable leadership on low-carbon hydrogen will help drive cost reductions that are needed for this important technology to play a key role in accelerating clean energy transitions around the world.”

Strong targets to lower the Netherlands’ reliance on fossil fuels are backed by measures to safeguard energy security, including leadership on low-carbon hydrogen

The IEA regularly conducts in-depth peer reviews of the energy policies of its member countries. This process supports energy policy development and encourages the exchange of best practices and experiences to help drive secure and affordable energy transitions. 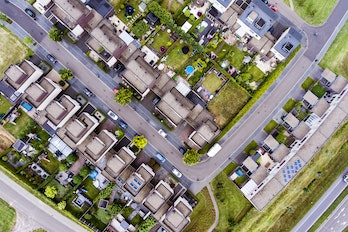