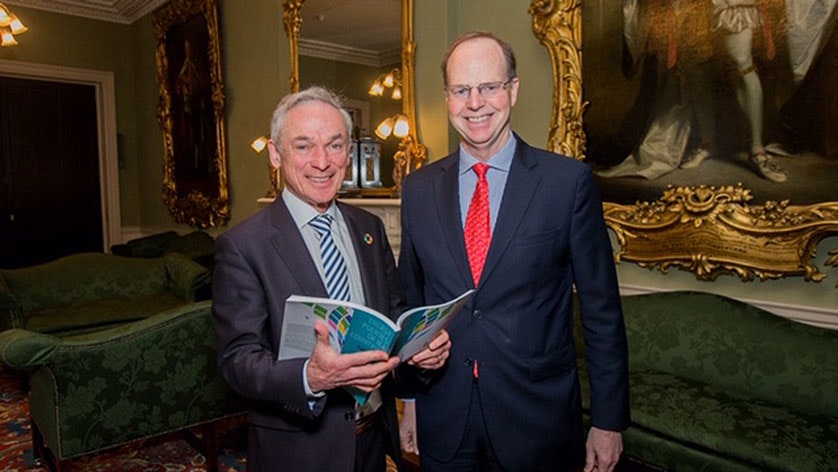 DUBLIN – Ireland has successfully advanced the transformation of its energy sector, led primarily by the power sector. In 2017, about a quarter of the country’s total power generation came from wind power, the third highest share among all 30 IEA member countries, according to the latest review of Ireland’s energy policies by the International Energy Agency.

The Irish electricity system can already accommodate up to 65% of variable wind and solar generation, without risking security of supply. This is one of the highest shares globally, and a testimony to the country’s innovation and research capacity.

Ireland’s overall energy system remains  heavily reliant on fossil fuels, and with energy consumption projected to rise with population growth, Ireland will need to meet its future energy needs through low-carbon and energy efficient solutions in order to keep carbon emissions in check. Ireland is not on course to meet its emissions reduction and renewable energy targets for 2020, which means that reaching its 2030 targets is also in question.

“Ireland has become a world leader in system integration of renewables thanks in large part to strong policies and commitment to innovation” said Paul Simons, IEA Deputy Executive Director, who presented the report in Ireland. “Building on this success, we advise the government to urgently implement additional measures and monitor  their  progress to get the country back on track to meet its long-term climate targets.”

Efforts to manage emissions could include building on the success of its broad set of existing energy efficiency policies and the many new policies that have come into force since 2017, supported by a substantial increase in funding. Ireland’s commitment to efficiency is highlighted by its decision to host the IEA’s 4th Annual Global Conference on Energy Efficiency in Dublin in June 2019.

Decarbonising heating in buildings is a particular challenge for Ireland because of a highly dispersed population living in single-family dwellings, which, compared to other IEA countries, still feature a high share of individual oil-heating systems. As Ireland has already achieved significant reductions in energy intensity, attention should now shift to switching from fossil fuels towards more renewable energy sources in heat production.

Since January 2019, all new buildings must install renewable energy systems to ensure that the expansion of the building stock does not lock-in carbon fuel consumption. Decarbonising heat in the existing building stock is more challenging; especially in the rental sector. In its report, the IEA recommends a two pronged strategy: complementing attractive financial incentives for landlords along with the introduction of minimum energy efficiency standards where needed.

Moving towards a low-carbon energy system will also ease concerns over Ireland’s security of supply, given its limited domestic hydrocarbon resources and geography that makes a full integration into larger European energy markets challenging.

Ireland is one of the few countries that taxes all carbon fuels, an effective instrument for reducing demand and enhancing energy efficiency. But the carbon tax rate has not changed since 2014 and, with rising living standards, its impact on customer behaviour is weakening. The IEA encourages the Irish government to introduce an automatic upward adjustment of the tax when pre-set emission targets are not met.