Portugal’s equitable and well-balanced plans for reaching a carbon-neutral economy should support the country’s economic growth and energy security, according to a new energy policy review by the International Energy Agency.

Portugal’s energy and climate policies aim to reach carbon neutrality primarily through broad electrification of energy demand and a rapid expansion of renewable electricity generation, along with increased energy efficiency. These measures are backed by a strong focus on reducing dependency on energy imports and maintaining affordable access to energy. In the longer term, Portugal is aiming for hydrogen to play a major role in achieving carbon neutrality.

“Portugal was among the first countries in the world to set a target for carbon neutrality by 2050, and its Roadmap for Carbon Neutrality shows a strong commitment to electrifying its economy and ensuring a secure and affordable energy transition,” said Fatih Birol, the IEA Executive Director, who is launching the policy review today at an event with João Pedro Matos Fernandes, Portugal’s Minister for the Environment and Climate Action. “The IEA looks forwards to supporting the Portuguese government as it works on a fair and inclusive transition to a carbon-neutral economy.”

Portugal’s climate and energy goals still face notable challenges, the IEA policy review notes, with an economy that remains heavily reliant on imported fossil fuels today. The report welcomes steps the government is taking to address these challenges. An effective auction process for renewable energy projects should result in almost 2 gigawatts of new renewable generation coming online in the next few years, which will triple Portugal’s solar PV capacity.

Portugal is pushing to reduce oil demand and associated emissions through transport decarbonisation, with over EUR 10 billion of investments in electrified rail and public transport, favourable tax treatment for electric vehicles and support for charging infrastructure. Portugal is also taking a major step towards lowering emissions and reducing energy import dependency by phasing out coal-fired electricity generation in 2021.

Portugal sees a key role for hydrogen produced from renewable energy in hard-to-decarbonise sectors and for achieving carbon neutrality. The National Hydrogen Strategy sets a goal for hydrogen produced from renewable energy to cover 1.5-2% of Portugal’s energy demand by 2030, with use in industry, domestic maritime shipping, road transport and for injection into the natural gas network and potential exports.

Portugal’s energy and climate policies aim to reach carbon neutrality primarily through broad electrification of energy demand and a rapid expansion of renewable electricity generation, along with increased energy efficiency. 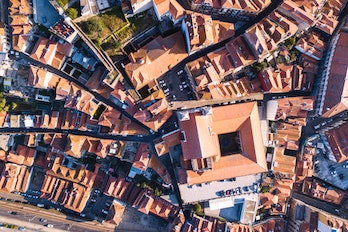