Watch
WEO Week: How can social and economic dimensions be core elements of transitions?
Watch now

Ammonia is the starting point for all mineral nitrogen fertilisers, forming a bridge between the nitrogen in the air and the food we eat. But the essential services ammonia provides come at a cost for the world’s climate. Ammonia production accounts for about 2% of total final energy consumption, virtually all of it from fossil fuels, resulting in a carbon dioxide (CO2) footprint equivalent to the total emissions of South Africa’s energy system.

Despite continued efficiency gains in fertiliser use, a growing and more global affluent population is expected to require greater ammonia production during a period when many governments around the world will be working on implementing commitments to bring their economies’ emissions down towards net zero.

“The world will need more ammonia but cannot afford the emissions that come with its production,’’ said Timur Gül, Head of the Energy Technology Policy Division, who designed and directed the study. “The IEA is proud to have collaborated with the International Fertilizer Association to produce our roadmap for the ammonia industry, which sits at the nexus between the world’s energy and agricultural systems.’’

The Ammonia Technology Roadmap is the latest publication in a series of IEA sectoral roadmaps dating back to 2009, with the previous instalment providing a deep dive into the challenges facing the iron and steel industry.

The latest roadmap examines three possible futures for ammonia production. The Stated Policies Scenario sees current trends continuing, with the industry making incremental improvements but falling well short of a sustainable trajectory. In the Sustainable Development Scenario, the sector adopts the technologies and policies required to put it on a pathway aligned with the goals of the Paris Agreement, while the Net Zero Emissions by 2050 Scenario describes a trajectory that is compatible with reaching net zero emissions for the global energy system by 2050.

The new roadmap concludes with a chapter outlining the necessary roles and actions of the main stakeholders, establishing key milestones and decision points.

Ammonia is the starting point for all mineral nitrogen fertilisers, forming a bridge between the nitrogen in the air and the food we eat. Around 70% of ammonia is used to make fertilisers, with the remainder used for a wide range of industrial applications, such as plastics, explosives and synthetic fibres. Ammonia may also serve as a low-carbon energy vector in the future, but that application is not considered within the core analytical scope of this technology roadmap. Ammonia production accounts for around 2% of total final energy consumption and 1.3% of CO2 emissions from the energy system. An increasingly numerous and affluent global population will lead to growth in ammonia production, during a period in which governments around the world have declared that emissions from the energy system must head towards net zero. 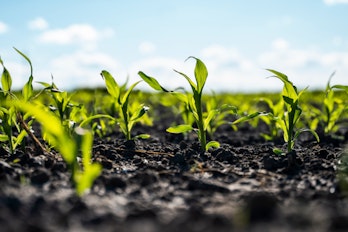