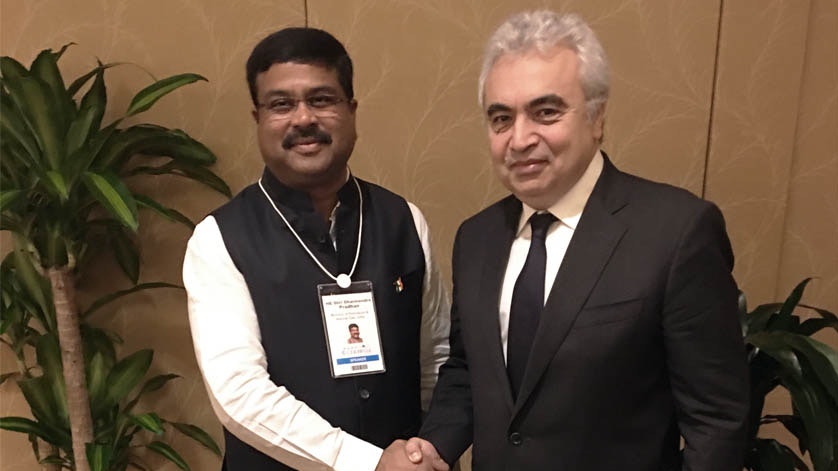 The meeting took place while both were attending the CERA Week oil conference in Houston. Dr Birol congratulated the Minister on India’s efforts to solve its energy challenges and increase private energy investment. He called India’s new Hydrocarbon Exploration Licensing Policy (HELP) an important step to encourage necessary investment in energy exploration and production and noted that early plans for the initiative had been discussed  in early 2016 during a meeting he had attended with Prime Minister Modi in Delhi.

Dr Birol highlighted the IEA and India’s joint efforts on energy security. The IEA’s close co-operation with the Ministry of Petroleum and Natural Gas is based on the Memorandum of Understanding on "Co-operation on Oil and Gas Security" signed in 2011.  Dr Birol also expressed support for India’s prioritization of the use of renewables and gas to meet its growing energy needs and to address air pollution concerns.

Dr Birol welcomed India’s active engagement with the IEA, saying "As India moves to the centre of the global energy stage, it is my hope that our very productive relationship will continue to grow closer."