Since the last IEA review of German energy policies, the Energiewende, German for “energy transition,” has been the defining feature of the country’s energy landscape. It is an impressive plan for transforming the country’s energy system to a more efficient one supplied mainly by renewable energy. It aims to phase out electricity generation from nuclear power by the end of 2022. More recently, the government announced plans for a phase out of coal by the end of 2038.

Germany’s national climate change strategy is defined in the Climate Action Plan 2050, which sets out a longer-term pathway for sector-specific emissions reductions, as part of the Energiewende. Compared with the base year of 1990, the key goals are to achieve at least a 40% cut in greenhouse gas emissions by 2020 and 80-95% by 2050. Germany has made notable progress in cutting its emissions. In 2019, it had the largest decline in energy-related carbon dioxide emissions of any EU country, according to IEA data released last week.

“The Energiewende has been successful in electricity generation, where it has been effective at substantially increasing the share of renewable electricity supply. To further support the role of renewables, the government will need to ensure a transmission grid expansion and promote the development of hydrogen technology,” said the IEA’s Executive Director, Dr Fatih Birol, who launched the report in Berlin with Peter Altmaier, Germany’s Federal Minister for Economic Affairs and Energy.

However, given the requirement for additional renewable capacity, the IEA review highlights the need for Germany to ensure a continued strong investment environment for wind generation, including to address recent social acceptance and permitting issues impacting the onshore wind sector, as well as repowering ageing wind facilities. In addition, the review urges the government to facilitate the smooth system integration of renewables, in particular through a buildout of much-needed additional transmission capacity to carry wind resources from the north to the south.

Despite the extraordinary progress in renewable electricity, the report notes that the nuclear phase-out as well as higher electricity exports have offset some of the emissions benefits. Still, the government’s planned coal phase-out could help the country remain on track to achieving its longer-term emissions targets in the electricity sector.

To date, the electricity sector has been shouldering a sizeable share of the Energiewende’s costs and progress; other sectors need to follow suit. “Building on success in the electricity sector, now the government must focus its efforts on achieving stronger emissions reductions in the transport and heating sectors. The IEA welcomes the recently adopted Climate Action Programme 2030, which includes a carbon price in the transport and heating sectors, as an important step in the right direction,” Dr Birol noted.

Beyond that, the programme includes a focus on technology development to support the energy transition, such as the use of more electric vehicles and hydrogen-based energy systems. It is also mindful of the distributional impacts of climate policies and aims to ensure a level playing field across sectors and stakeholders.

Energy security remains a focus area for the IEA, and Germany has maintained a high degree of oil, natural gas, and electricity supply security. As the nuclear and coal phase-outs increase Germany’s reliance on natural gas, the review finds it will be increasingly important for the country to continue efforts to diversify its gas supply options, including through the import of liquefied natural gas.

“I would like to thank Minister Altmaier for his collaborative spirit and commitment to building a secure and sustainable energy future. It is my hope that this report will help Germany as it undertakes this very important energy transition,” said Dr Birol.

In place for nearly a decade, the Energiewende is a major plan for transforming Germany's energy system to make it more efficient and supplied mainly by renewable sources. Yet despite progress on lowering overall emissions, Germany is struggling to meet its near-term emissions reduction targets, in large part because of uneven progress across sectors. 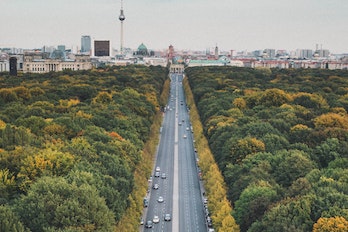