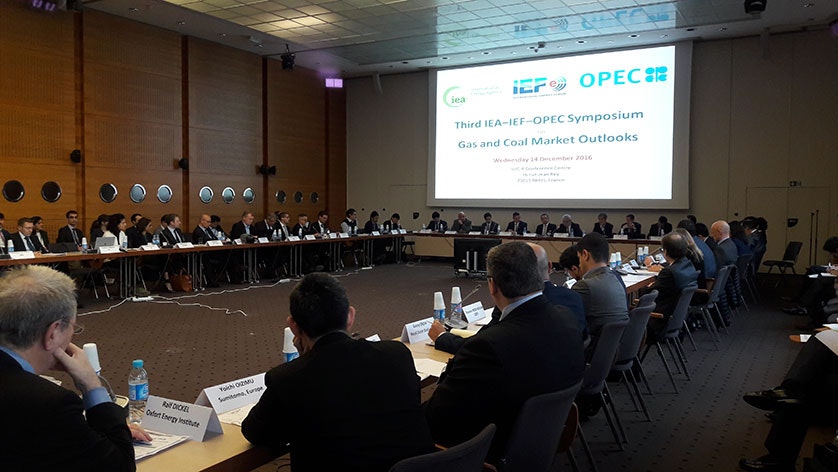 The 3rd Symposium on Gas and Coal Market Outlooks was held in Paris on Wednesday, 14 December 2016, with the purpose of exchanging views and comparing outlooks for natural gas and coal markets in the short, medium and long term.

The meeting, held under the Chatham House Rule, counted more than 80 participants, including experts, government officials, business leaders and representatives from the gas and coal industries.

The first session focused on recent gas market developments and future prospects. It addressed the challenges of investing in a low-price environment and an oversupplied market, and considered broader structural changes that could lead to more flexible contracts and alternative pricing mechanisms.

The second session focused on coal market developments, and looked at a variety of topics including the impact on the coal market of the recent Paris Agreement, as well as developments in Asian coal demand and supply.

The last session of the day focused on the long-term sustainability of the coal and gas industries, particularly in the context of the growth in alternative fuels. Participants looked at the competition between gas and coal, as well as the competition with renewables, and explored the prospects for expanded use of new technologies such as carbon capture and storage.

The Symposium, which has been held previously in 2012 and 2014, started after G20 leaders meeting during the 2011 Cannes Summit asked the IEA, IEF and OPEC to “further work on gas and coal market transparency” and “to provide recommendations in this field,” in response to the challenges faced by these industries.