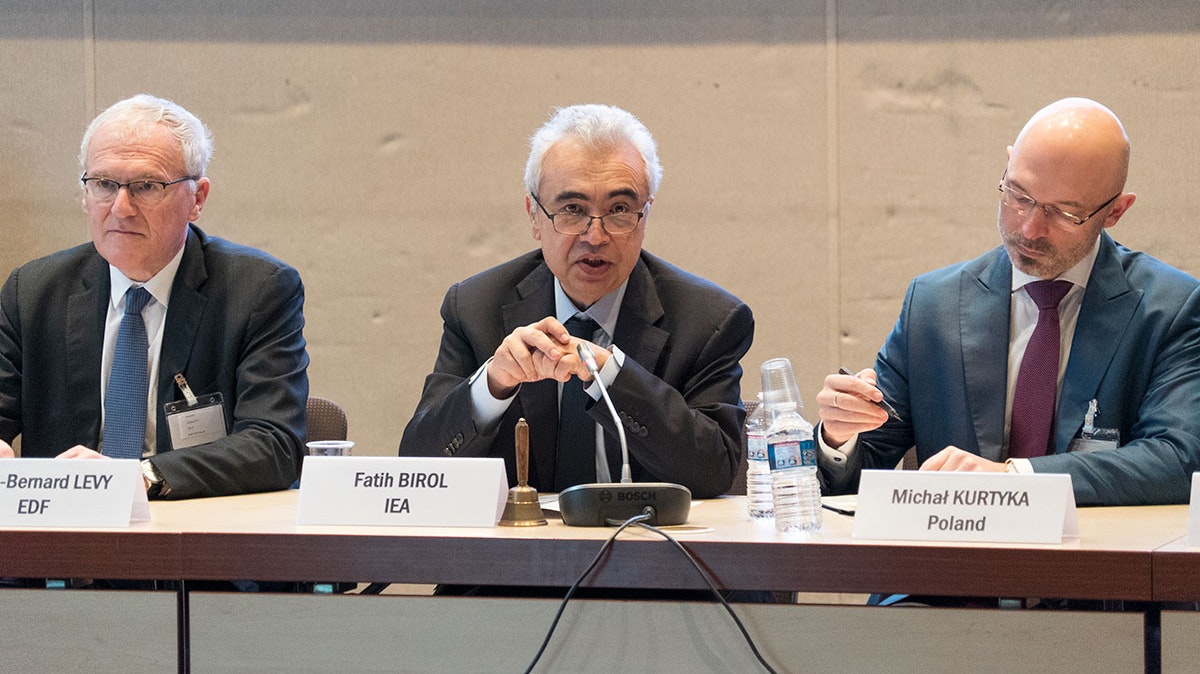 With the aim of identifying the key issues and exploring the future of nuclear power, the International Energy Agency held a workshop this week on the role of nuclear power in a clean energy system.

The event brought together representatives from IEA member countries, industry leaders and experts to examine the role of nuclear energy in mature power markets and the implications of an uncertain future for nuclear energy for energy security, the economy and the environment.

“Nuclear energy plays an important role in both energy security and sustainability in today’s energy mix,” said Dr Fatih Birol, the IEA’s Executive Director, in his opening remarks. “However without appropriate policy attention, its contribution will shrink, creating challenges for meeting our energy policy goals in the future. As an all-fuels and all-technologies organization, the IEA monitors the development of nuclear energy and its potential role in the clean energy transitions.”

The workshop featured Jean Bernard Lévy, the Chairman and Chief Executive Officer of Électricité de France, MichaÅ‚ Kurtyka, Poland’s Deputy Minister of Environment and President of COP24, and John Parsons from the Sloan School of Management at MIT.

With limited investment in new plants, the contribution of nuclear to the power mix in mature markets is set to decline significantly under current policy frameworks. In the IEA’s New Policies Scenario, nuclear power production grows as two countries, China and India, are responsible for over 90 percent of net growth to 2040. By contrast, outside of Japan, nuclear power generation in developed economies is set to decline by 20 percent by 2040. This decrease will be far greater if expected investments in plant life extension or new facilities do not take place.

The IEA is preparing a special report, “Nuclear Power in a Clean Energy System” which will examine these issues and develop policy recommendations. The report will be launched at the 10th Clean Energy Ministerial meeting, held in Vancouver, in May.

For more on the recent trends and prospects of nuclear power, visit the IEA’s Tracking Clean Energy Progress page on nuclear power.

IEA calls on companies, governments and regulators to take urgent action to cut methane emissions from oil and gas sector

A rebound in global coal demand in 2021 is set to be short-lived, but no immediate decline in sight