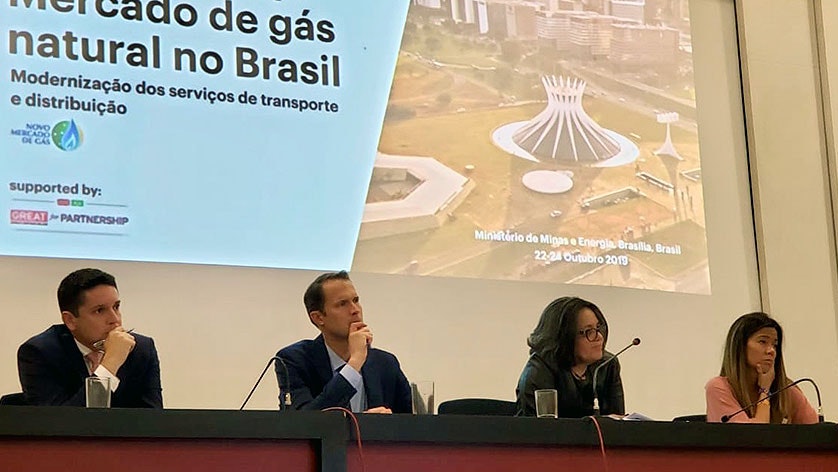 The IEA held a workshop on the modernisation of gas transmission and distribution services last week in Brasilia, Brazil. The event, which ran from 22-24 October, brought together experts from Brazil, Austria, France, Hungary, Spain, the United Kingdom, the IEA and OECD to participate in seven gender-balanced panels. The workshop attracted an audience of over 200 industry and public sector participants, as well as connections via video link with EPE and ANP’s offices in Rio de Janeiro.

The 3-day event focused on key transmission and distribution sector topics, including hub price development, balancing regimes, capacity allocation mechanisms, grid expansion and gas storage, as well as the opening of the distribution sector and maintaining regulatory quality in an expanding gas market.

It also featured a special panel on inclusive growth of the energy sector, with presentations from Ms Maria Junco (Analysis and Development Manager, ENAGAS, as a representative of the Spanish Association for Women in Energy AEMENER), as well as representatives from UN Women and Accenture.

The workshop was part of the second phase of the IEA-Brazil gas market reform dialogue and peer review process being funded by the government of the United Kingdom. This phase is focused on supporting Brazil’s efforts to implement reforms in its gas transmission and distribution sectors by facilitating access to international best practices.

The first phase, also funded by the United Kingdom, began in January 2018 and resulted in the IEA report “Towards a competitive gas market in Brazil”, which is available for download in both English and Portuguese. This report contains recommendations for policy makers on unbundling and network codes developments.