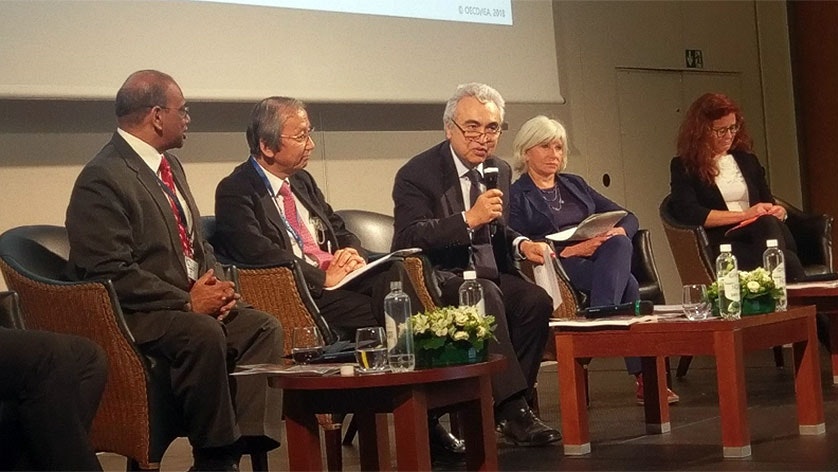 The International Energy Agency held its third annual global conference on energy efficiency in Paris last week, bringing together more than 200 energy professionals from over 60 countries, to focus on the critical role that efficiency plays in the global energy transition, as well as opportunities that can be addressed.

During the event, which brought together energy ministers, high-level officials from the public and private sector, as well as a wide range of organizations, Dr Fatih Birol, the IEA’s executive director, also launched an online platform for energy efficiency data and information, which showcases the depth of the IEA’s expertise on the topic.

Dr Birol underlined energy efficiency’s role as the “first fuel,” highlighting that by implementing the cost-effective energy efficiency actions available today, the global economy could double while greenhouse gas emissions would be 12% lower between now and 2040. The finding, which was published in the IEA’s Energy Efficiency 2018 report recently is significant in light of the recent IPCC report noting the short timeframe for achieving global climate change mitigation goals.

Highlighting other benefits of the efficient world modelled in the report, Dr Birol noted that households would be better off by half a trillion dollars per year, while local air pollutants and associated deaths would be reduced by a third.

Dr Birol outlined three key things the IEA was doing to support countries take actions to realise these benefits. First, through its new online platform, the IEA is providing data, analysis and information for policy makers to learn about efficiency policies being used around the world, their impacts and lessons learned.

Second, the IEA is building global skills and capacity, through its training programme for emerging economies, which has trained more than 1000 policy makers from over 70 countries over the last four years.

And third, in partnership with the European Investment Bank, the IEA will launch a new initiative in early 2019, bringing together global leaders from international financial institutions (IFIs) to explore ways to scale up energy efficiency finance.

Dr Birol described the new initiative on finance as “a great opportunity to strengthen the global dialogue on financing the investments required to deliver energy efficiency at scale” and thanked the EIB’s vice president, Andrew McDowell—who also spoke at the conference—for his leadership.

The two-day conference was the largest the IEA has held on energy efficiency, and involved representatives from government, business and the research community. In addition to ministers representing Estonia, Finland, and Japan, conference attendees heard from an African Union Commissioner, the CEOs of Schneider Electric and Scania, as well as senior executives from other leading energy efficiency companies.

Watch the sessions back below: