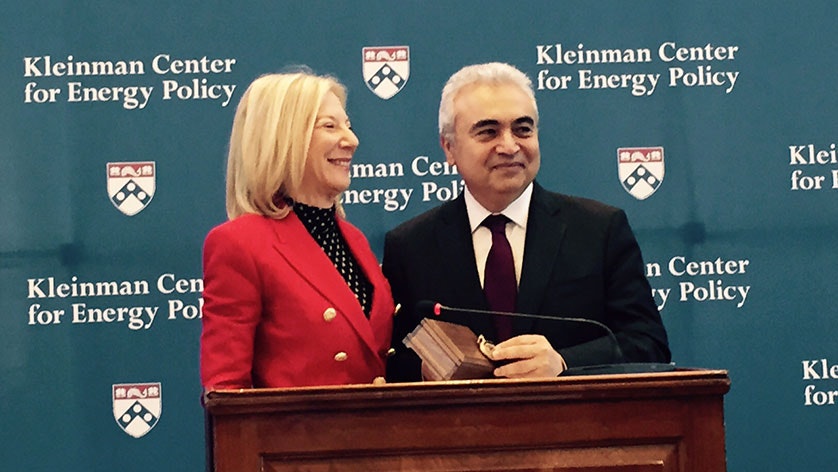 Dr Fatih Birol, the Executive Director of the International Energy Agency, was awarded the second annual Carnot Prize from the Kleinman Center for Energy Policy at the University of Pennsylvania’s School of Design for his “distinguished contributions to energy policy.”

President Gutmann also announced the creation of a new graduate student fellowship program at the IEA’s headquarters in Paris. The programme, which was named in honor of Dr Birol, will provide new opportunities for a rising generation of Penn-educated leaders.

“I am extremely honored by this distinction, which celebrates a forefather of the energy revolution, a mathematician and scientist—Nicolas Sadi Carnot,” said Dr Birol, “Carnot’s work has helped improve our understanding of energy efficiency, a topic to which we are very much attached at the IEA. It’s a special pleasure to be in the company of Penn students who will be the future leaders of our industry.”

“Fatih Birol perfectly embodies the ideals of the Carnot Prize. He is a distinguished scholar who brings insight, enthusiasm, and charisma to bear on the enormous challenges facing the global energy and climate systems,” said PennDesign Dean and Paley Professor Frederick Steiner.