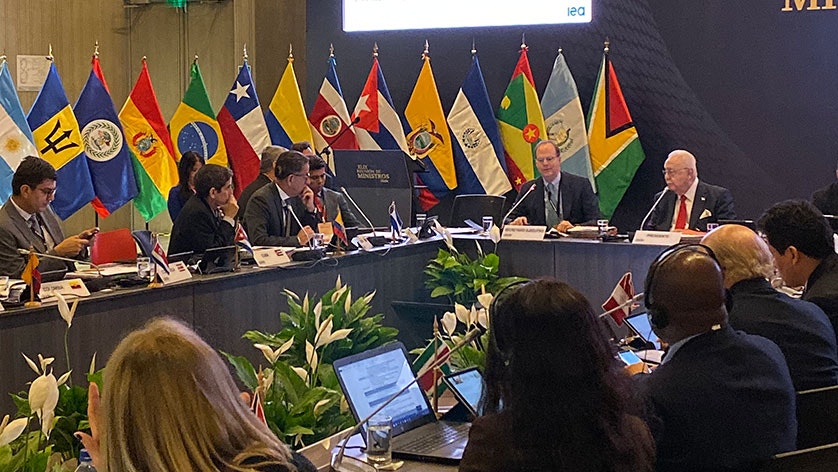 The Latin America Energy Week is a key annual event for the Latin American energy sector, offering a series of events focusing on renewables, energy efficiency, energy data and statistics and natural gas, running back-to-back with the annual Meeting of Ministers of OLADE. This year, following more than two years of close collaboration with the IEA and UN, the OLADE Ministerial adopted a resolution to formalize OLADE’s push for harmonization of energy statistics, calling for the organization to work with IEA and countries to further improve energy data collection in the region.

In his keynote address to Ministers, Mr Simons commended this decision and pledged continued IEA support to the effort, which is being supported by the Inter-American Development Bank (IDB). Mr Simons’ keynote address also presented the findings of the World Energy Outlook 2019, published on 13 November.

The IEA also co-organised a two-day conference focusing on the role of energy statistics for tracking progress in Latin America’s clean energy transitions, along with OLADE and the UN Statistical Division. This conference was attended by around 200 data producers and users from the private sector and international organizations across 15 Latin American countries. To set the scene for this event, Roberta Quadrelli, Head of Section in the IEA Energy Data Center, presented results of the SDG7 progress report, a joint report of the Custodian Agencies – the International Energy Agency (IEA), the International Renewable Energy Agency (IRENA), the United Nations Statistics Division (UNSD), the World Bank, and the World Health Organization (WHO).