IEA Member Countries unanimously agreed on 1 March to an initial emergency response plan to alleviate the increasing tightness in oil markets resulting from Russia’s invasion of Ukraine. IEA Member Countries agreed to make 60 million barrels of their emergency oil stocks available to the market. In the last few days since the decision, each IEA Member Country has been considering how much it could contribute to the announced response plan, given its domestic circumstances. The commitments submitted by Members actually surpassed 60 million barrels, demonstrating great solidarity.

“The decision taken to release emergency stocks – for only the 4th time in the IEA’s history – has sent a strong message that IEA Members are unified in support of Ukraine and will do all they can to provide stability to the market during these difficult days,” said IEA Executive Director Fatih Birol. “Events in Ukraine remain deeply distressing and the impacts on energy markets are becoming more pronounced. We continue to monitor the situation closely. If necessary, we are ready to recommend additional steps to build on this initial release.”

Emergency oil stocks in IEA member countries are either in the form of public stocks (government-owned or by specialised agencies), or stocks held by industry under an obligation of the government. In the case of public stocks, these can be released via tenders or loans to the market, which will be launched and released over the coming weeks depending on the specific stockholding system in each country.  In the case of obligated industry stocks, obligations will be lowered, via legislative decrees or administrative mandates, to make the volumes available for consumption. This can take a matter of days.

Following the announcement of an emergency release of oil stocks by IEA Member Countries on Tuesday, the IEA Governing Board confirmed today that the total amount committed to date stands at 61.7 million barrels, making it the largest stock release in IEA history 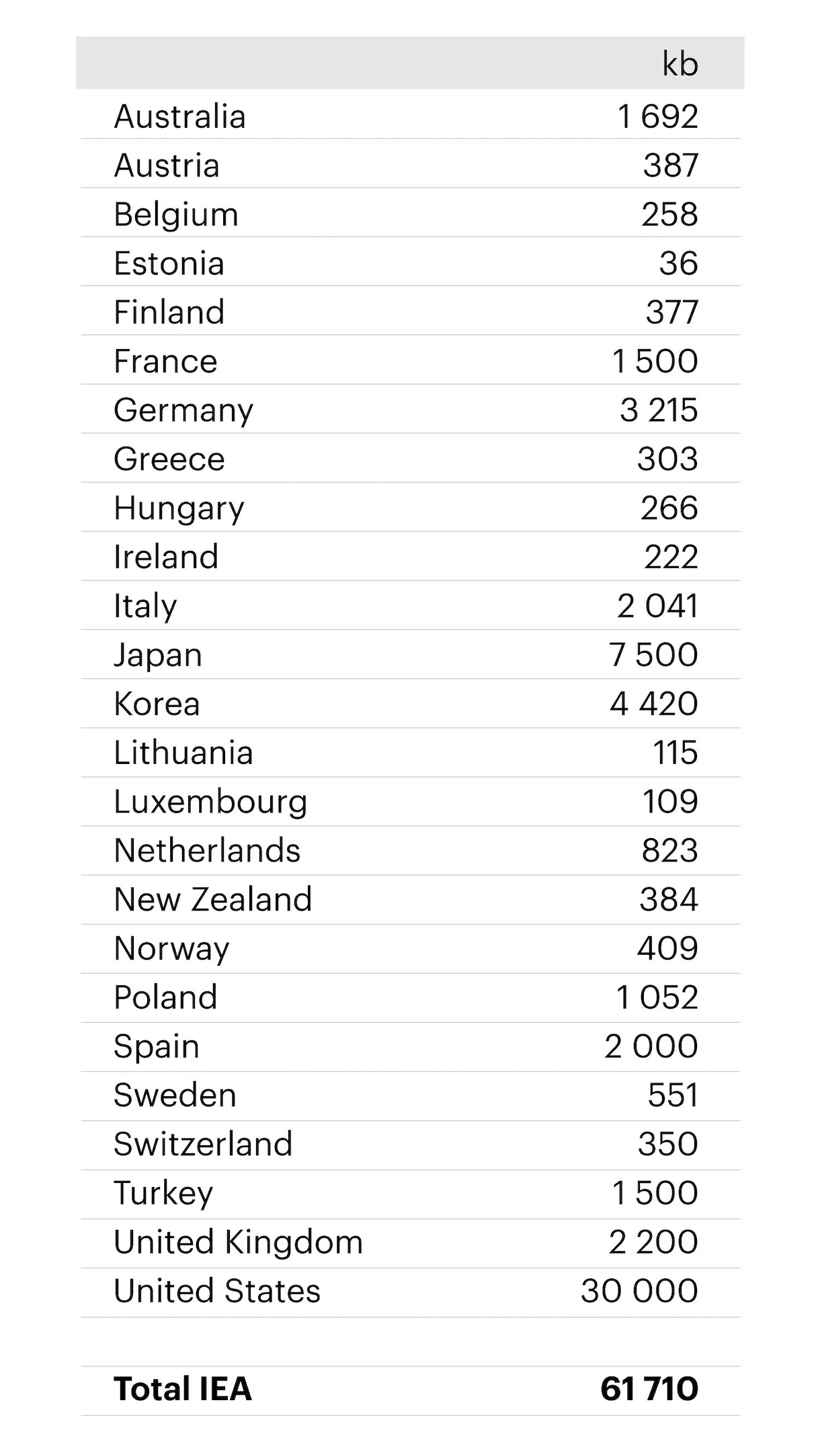