The world’s consumption of coal is set to rise slightly in 2022, taking it back to the record level it reached nearly a decade ago, according to an IEA report published today, which notes that significant uncertainty hangs over the outlook for coal as a result of slowing economic growth and energy market turbulence.

Based on current economic and market trends, global coal consumption is forecast to rise by 0.7% in 2022 to 8 billion tonnes, assuming the Chinese economy recovers as expected in the second half of the year, the IEA’s July 2022 Coal Market Update says. This global total would match the annual record set in 2013, and coal demand is likely to increase further next year to a new all-time high.

The new report highlights the significant turmoil in coal markets in recent months, which has important implications for many countries where coal remains a key fuel for electricity generation and a range of industrial processes. At the same time, the world’s continued burning of large amounts of coal is heightening climate concerns, as coal is the largest single source of energy-related CO2 emissions.

Worldwide coal consumption rebounded by about 6% in 2021 as the global economy recovered rapidly from the initial shock of the Covid pandemic. That sharp rise contributed significantly to the largest ever annual increase in global energy-related CO2 emissions in absolute terms, putting them at their highest level in history.

Global coal demand is being propped up this year by rising natural gas prices, which have intensified gas-to-coal switching in many countries, as well as economic growth in India. Those factors are being partly offset by slowing economic growth in China and by the inability of some major coal producers to ramp up production.

Demand for coal in India has been strong since the start of 2022 and is expected to rise by 7% for the full year as the country’s economy grows and the use of electricity expands. In China, coal demand is estimated to have declined by 3% in the first half of 2022 as renewed Covid lockdowns in some cities slowed economic growth, but an expected increase in the second half of the year is likely to bring coal consumption for the full year back to the same levels as last year. China and India together consume double the amount of coal as the rest of the world combined, with China alone accounting for more than half the world’s demand.

Coal consumption in the European Union is expected to rise by 7% in 2022 on top of last year’s 14% jump. This is being driven by demand from the electricity sector where coal is increasingly being used to replace gas, which is in short supply and has experienced huge price spikes following Russia’s invasion of Ukraine. Several EU countries are extending the life of coal plants scheduled for closure, reopening closed plants or raising caps on their operating hours to reduce gas consumption. However, Europe only accounts for about 5% of global coal consumption.

As soaring natural gas prices have made coal more competitive in many markets, international coal prices have risen in turn, hitting three all-time peaks between October 2021 and May 2022. Sanctions and bans on Russian coal following Russia’s invasion of Ukraine have disrupted markets, and issues in other major exporters have contributed to supply shortages. With other coal producers facing constraints in replacing Russian output, prices on coal futures markets indicate that tight market conditions are expected to continue well into next year and beyond.

Despite a slowing global economy and lockdowns in China, soaring natural gas prices following Russia’s invasion of Ukraine are propping up the world’s use of coal this year

Energy markets are in a period of extraordinary turbulence as the world contends with the global energy crisis. While oil and natural gas are receiving much of the attention, coal markets are also experiencing significant turmoil, with important implications for many countries where coal remains a key fuel for electricity generation and a range of industrial processes. 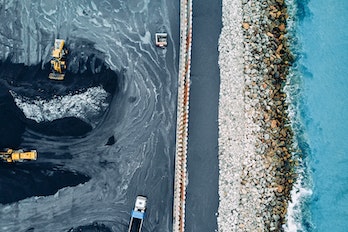