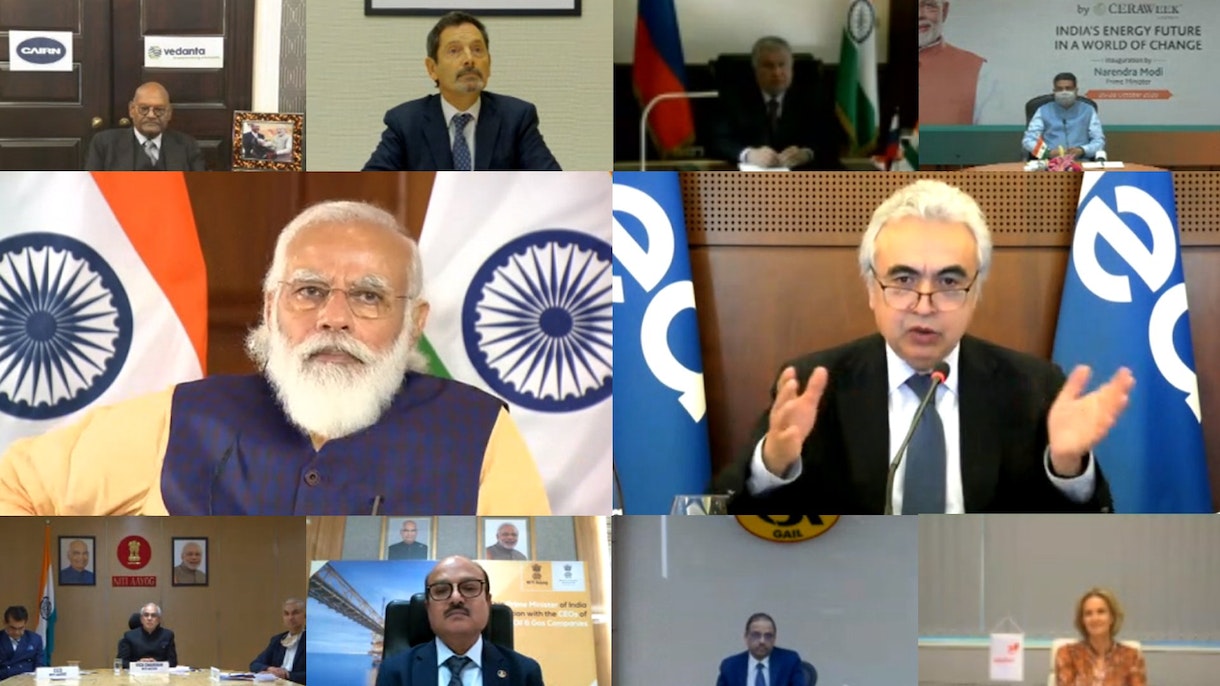 Dr Fatih Birol, the IEA’s Executive Director, participated in an online conference between the Prime Minister of India, the Hon. Narendra Modi, and global energy leaders on Tuesday, to discuss the outlook for the sector.

Prime Minister Modi emphasised that providing all Indians with equitable access to clean, affordable and sustainable energy was at the core of the government’s policy. He outlined India’s rise as a major consumer of energy globally, and reinforced the government’s commitment to fighting climate change. He outlined his view of the key drivers of India’s energy future, covering a broad range of fuels and technologies across the energy sector.

Dr Birol highlighted that India had now moved to the centre stage of global energy markets, as described in the IEA’s first World Energy Outlook Special Report on India, which was published in 2015. The IEA will take another deep analytical review of India’s prospects in an upcoming WEO energy outlook, due to be released in early 2021. In his intervention, Dr. Birol noted the Government of India’s achievements in energy access, energy efficiency, and energy security, and looked forward to moving forward as Strategic Partner with India.