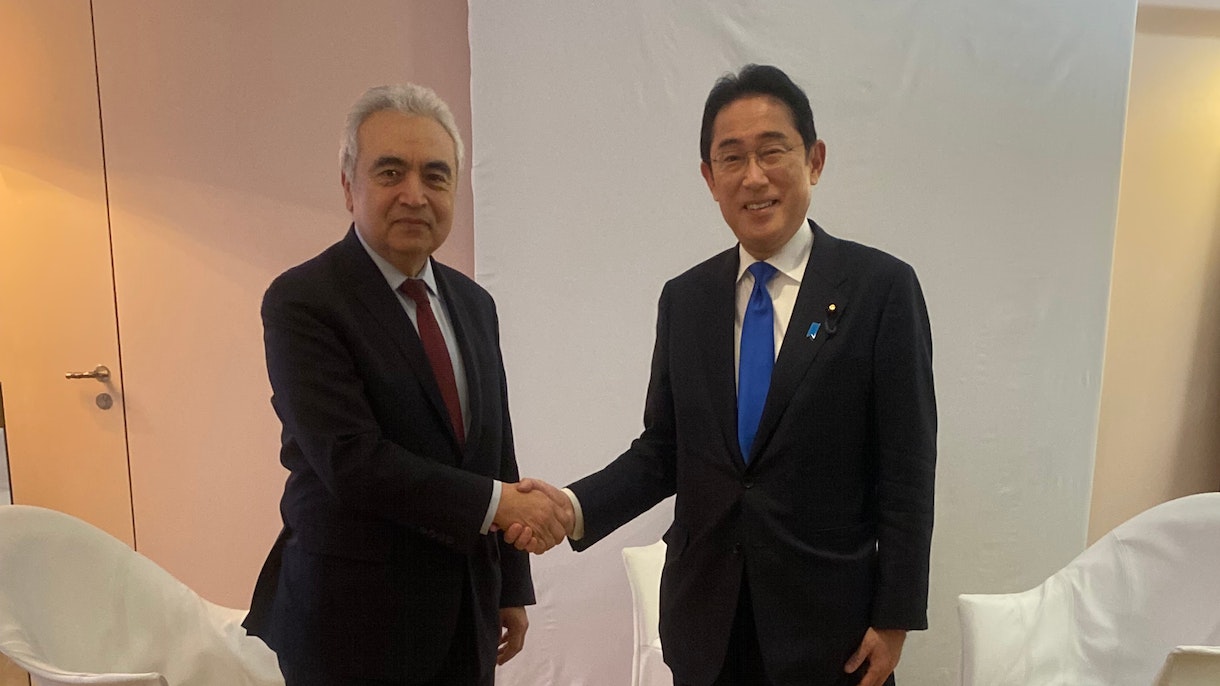 IEA Executive Director Faith Birol had a bilateral meeting with Prime Minister Fumio Kishida of Japan in Paris that covered the challenges of the global energy crisis and climate change. At the meeting, they discussed ways to ensure the G7 Summit in Hiroshima in May addresses these concerns effectively and how the IEA can support the response by governments throughout Japan’s G7 Presidency this year.

Dr Birol commended Japan’s continued work towards achieving carbon neutrality despite the difficulties posed by the ongoing global energy crisis.  He noted that the current energy market turmoil has encouraged stronger efforts to accelerate clean energy transitions in many regions of the world, including in Japan with its Green Transformation programme.

Prime Minister Kishida underscored the need for global progress on both energy security and decarbonisation. He outlined Japan’s commitment to further renewable energy deployment, ongoing energy efficiency measures, increasing the role of nuclear power in the mix including by  restarting nuclear power plants, and developing emerging options including hydrogen and ammonia. Discussions also focused on how to advance clean energy transitions in developing economies, particularly those in Asia, and how Japan can bridge the diverse economic interests across the region.

Prime Minister Kishida was in Paris as part of a tour of Europe and North America to prepare Japan’s G7 Presidency.