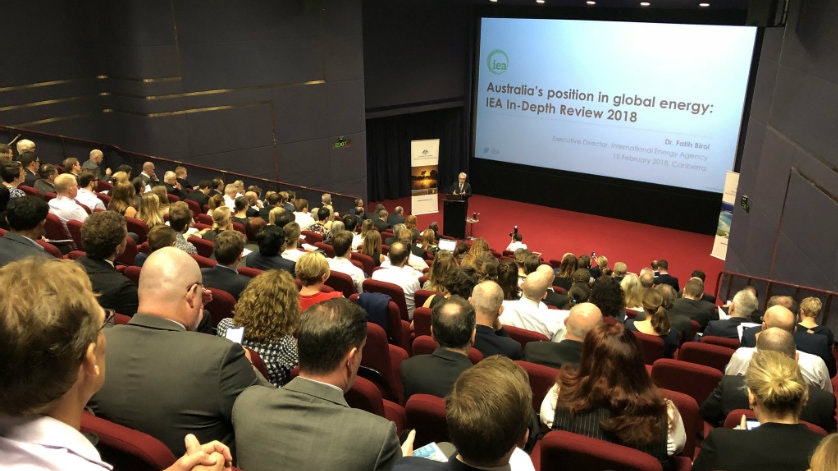 CANBERRA – Dr Fatih Birol, the International Energy Agency's Executive Director, met with the Australian Government to discuss energy security and the role of renewables, natural gas and clean-energy technologies, including Carbon Capture Utilization and Storage, in the transformation of Australia's energy system.

The visit to Australia coincided with the publication of the latest IEA in-depth review of Australia's energy policies, which Dr Birol launched with Josh Frydenberg, Australia's Minister of the Environment and Energy, at Parliament House. Parliamentarians from all political parties attended the launch and participated in the discussion of the report’s key findings. After the launch, Dr. Birol was invited to be a guest on the floor of Parliament House during question time.

During the meeting with Minister Frydenberg, discussions focused on progress under the IEA’s modernization agenda, prospects for  clean energy deployment, CCUS and opportunities to expand unconventional gas production while addressing environmental and social impacts.

The evening before the launch, Dr Birol spoke at a high-level dinner hosted by Minister Frydenberg with the CEOs of Australia's major energy businesses, industry groups and market bodies.

The visit also included meetings  with Matthew Canavan, the Minister for Resources and Northern Australia, which focused on the IEA outlook for global coal markets and measures to unlock investment in carbon capture and storage, and domestic natural gas security as Australia brings online the next wave of liquefied natural gas. Dr Birol also met with Secretary Frances Adamson, from the Department of Foreign Affairs and Trade and officials from Prime Minister and Cabinet.