Spending on clean energy amounts to 3% of the USD 16.9 trillion that governments have so far mobilised to bolster their economies from the recession triggered by the Covid-19 pandemic, according to the latest update from the International Energy Agency. The share is up from around 2% in July but still leaves global carbon dioxide (CO2) emissions on an upward trajectory, with this year set to be the second largest annual increase in history.

Governments have increased the amount of their economic recovery spending that is going towards clean energy investments by 20% in the past three months, new estimates from the IEA’s Sustainable Recovery Tracker show. But the spending is highly imbalanced geographically – with most of it taking place in advanced economies rather than the developing world – and still falls short of what is needed to put global CO2 emissions into sustained decline.

“We are witnessing an uneven and unsustainable recovery from last year’s economic crisis – a recovery that consists of huge growth in fossil fuel consumption while leaving behind nearly 80% of the world’s population in the shift towards a new and cleaner energy economy,” said Fatih Birol, the IEA Executive Director. “On the eve of the G20 Leaders’ Summit and the COP26 Climate Change Conference, governments of major economies need to show they are ready to drive a massive scaling up of investments in clean energy globally and steer the world onto a safer path. Failure to put their money where their mouth is could well mean failure to keep the door open to limiting global warming to 1.5 °C.”

In the past three months, 40 new funding announcements have been made, and 140 previously announced spending programmes have added new details or spending. These expand on the 800 spending policies previously covered in our Tracker. In total, governments have now earmarked an estimated USD 470 billion for clean energy investment between now and 2030 – an increase of USD 90 billion, or 20%, from the level seen in July.

Analysis of these policies show that advanced economies are moving strongly towards sustainable recoveries, but the global total amounts to only around 40% of the level called for under the IEA Sustainable Recovery Plan. This is nonetheless an increase from where things stood in July, when the share was estimated at 35%.

Some advanced economies – including France, Japan, the United Kingdom and the United States – are in the process of crafting and approving new investment programmes. This could put advanced economies within reach of their share of the Sustainable Recovery Plan, assuming government support quickly reaches viable projects amid supply chain disruptions and market turbulence.

However, emerging and developing economies – where the majority of clean energy investments need to occur in the next decade – are being left behind. Across emerging and developing economies as a whole, spending on clean energy measures is projected to be only around 20% of the level recommended in the Sustainable Recovery Plan, with little new spending in the pipeline due to tightening fiscal constraints as a result of the pandemic. India stands out as an exception with its announcement of potentially substantial new spending through the Gati Shakti infrastructure plan, which could include new provisions for clean energy investments.

“The shortfall in sustainable recovery spending in emerging and developing economies is a global problem that requires a global solution,” said Dr Birol. “These countries don’t have the luxury of cheap financing that many advanced economies enjoy. The world urgently needs to come up with bold measures to mobilise and channel clean energy investment to emerging and developing economies on a major scale. This is where it is needed most and has the biggest bang for its buck in tackling emissions.”

For the first time, the IEA Tracker also assessed the employment impacts associated with sustainable recovery spending. It estimates current government spending plans are set to create demand for an additional 5 million jobs in clean energy globally by 2023, most of them in the buildings sector, as well as in electricity infrastructure, renewables and electric vehicles. A lack of skilled workers to fill these positions could be a major bottleneck, underscoring the central role of training, particularly developing new skills for workers moving to different industries, in ensuring a successful sustainable recovery.

The IEA will provide more insights on the state of the clean energy transition on 4 November when it releases the latest update of its Tracking Clean Energy Progress online resource, which assesses the current state of play across dozens of key energy technologies and provides recommendations on how to align them with long-term climate and energy goals.

All of the IEA’s tracking indicators will be brought together on a new Clean Energy Transitions Indicators page that will be launched on Friday 29 October and freely available to everyone. These indicators will be updated regularly and help governments, companies and other global actors track how the world is progressing on advancing clean energy transitions.

In response to the Covid-19 pandemic and the ensuing economic crisis, governments worldwide have mobilised an unprecedented amount of fiscal support aimed at stabilising and rebuilding their economies. The IEA estimated that if governments mobilised USD 1 trillion in clean energy investments each year from 2021-2023, they would boost the global economy, create millions of jobs and put emissions onto a Paris-compliant trajectory. The new IEA Sustainable Recovery Tracker measures global recovery plans against this target level of spending by: - Monitoring energy-related policies and government spending on clean energy measures by country and by sector in the wake of the pandemic; - Evaluating the actual impact on total public and private recovery spending on clean energy measures; - Projecting the effect on global CO2 emissions trends; - Estimating the impact on global clean energy employment. The Tracker relies on new, extensive policy analysis conducted by the IEA, including new modelling to estimate how much government spending mobilises private sector participation by region and measure type. Read more about this new methodology. 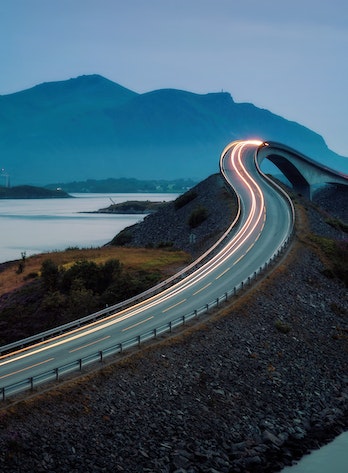