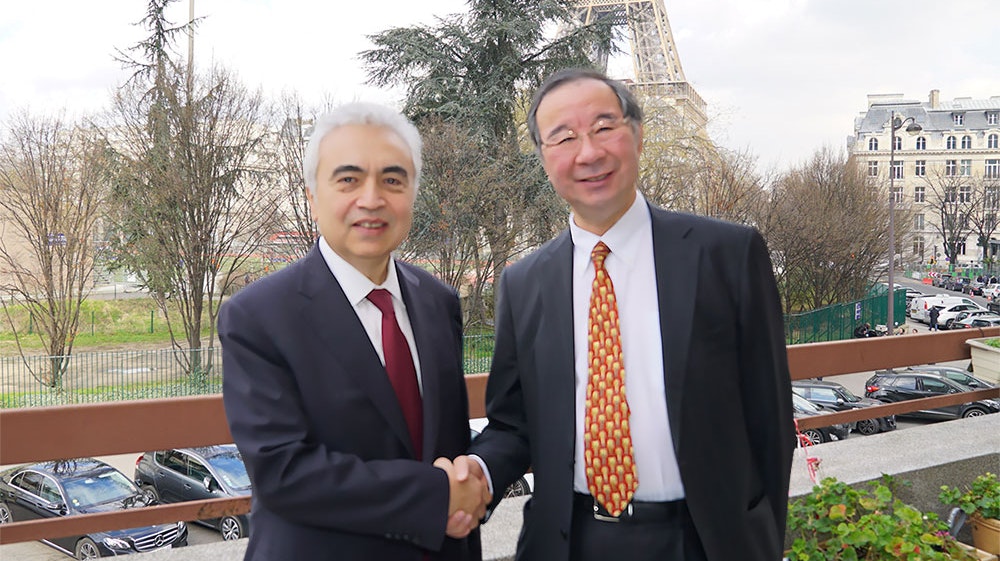 Ambassador Hiroshi Oe was welcomed today as the new Chair of the IEA Governing Board. Mr Oe is a career diplomat who has held a number of high-ranking positions including serving as Japan’s Chief Negotiator for the Trans-Pacific Partnership.

Ambassador Oe is the third Japanese national to serve as IEA Governing Board Chair in the Agency’s 45-year history. He takes over the role from Mr Noe van Hulst, Hydrogen Envoy for the Ministry of Economic Affairs and Climate Policy, the Netherlands.

“It's a delight to welcome Ambassador Hiroshi Oe,” said Dr Fatih Birol, the IEA’s Executive Director, “The entire IEA Family appreciates him taking on this responsibility during such a critical period for global energy markets.”

As Governing Board Chair, Ambassador Oe will play a critical role in the IEA’s first comprehensive modernisation programme since its creation in 1974. This effort which is now underway focuses on three pillars: opening the doors of the IEA to include major emerging countries; broadening the IEA’s security mandate to natural gas and electricity as well as oil; and making the IEA the global hub for clean energy technologies and energy efficiency.