IEA (2017), The success of wind and solar is powered by strong policy support, IEA, Paris https://www.iea.org/commentaries/the-success-of-wind-and-solar-is-powered-by-strong-policy-support

The biggest story in the global power sector is without doubt the rise of renewables, particularly the surge in wind and solar power deployment. Wind and solar capacity is ten-fold what it was a decade ago. Every few weeks seems to bring a new milestone, whether it’s a record low bid in an auction for new solar power or a record high level of generation from renewable sources.

The momentum behind renewables is very high, pointing to a virtuous circle of deployment that spurs innovation, cost reductions and job creation, which in turn allows for more deployment. But the source of this momentum needs to be well understood. In many cases, support policies and frameworks are giving renewables a strong push – globally, the IEA estimates that USD 750 billion in economic incentives have been provided to renewables over the past decade. While falling costs are reducing the need for financial incentives, policies are still essential to set the necessary conditions for growth.

Take solar PV. Recent auction results show that solar PV projects are offering impressively low prices – as low as 3 cents/kWh – in places where the resources are abundant and low-cost financing is available. But the fact remains that still only a small fraction of solar power is currently fully competitive without support. So, while solar made up one-quarter of all global capacity additions in 2016, nearly all of this growth relied on some form of government incentive.

Changes in policy have created boom-and-bust cycles in some markets, as investors respond to incentives when they are available, but then back off when the policies are weakened or withdrawn. In Italy, additions of solar capacity totaled 9.5 GW in 2011, but were already down by 85% two years later. A similar story occurred in 2009 and 2013 for onshore wind in the United States.

In China, the champion of global renewables, a planned cut in the feed-in tariff meant that deployment of wind fell sharply in 2016 compared with one year earlier. One of the big unanswered questions this year is whether something similar is in store for the Chinese solar market, which more than doubled in size in 2016. Another key question is how fast India and other countries can scale up their deployment of solar? Both depend on policy makers.

This contingency on policy is reflected in IEA analysis of the outlook for renewables. Each year, the World Energy Outlook produces new projections for all fuels and technologies, in different scenarios out to 2040. The main scenario, called the New Policies Scenario, is designed to show where existing policies as well as announced policy intentions will lead the energy sector. As policies change, so the projections change as well. For technologies like solar PV that rely on policy support, shifts in policy matter a great deal. The result of increased policy ambitions is clear in the latest WEO, where renewables account for 60% of all new power generation capacity additions globally over the next 25 years in the New Policies Scenario.

Indeed, IEA scenarios are not forecasts and should not be treated as such. They do not present outcomes that are necessarily desirable or recommended. Rather, they are designed to help policy-makers, governments and industry understand how energy policy choices will affect the energy future on the horizon.

In many countries, solar PV and onshore wind are within sight of full competitiveness and can stand on their own two feet – i.e. investments can be justified based on market revenues alone without the need for additional subsidy. This is a critically important step that was analysed in detail in the WEO 2016 Special Focus on Renewables‌.

But cost reductions for wind and solar, on their own, are still not enough to deliver the rapid decarbonisation of the power sector. Policies do still matter – market design and structural changes to the power system will be essential to ensure adequate returns for investment and to integrate higher shares of variable wind and solar power.

To better understand the gap between what government are doing and what needs to be done, the IEA also provides a long-term decarbonisation scenario that describes an energy pathway that would be in line with limiting the average global temperature increase in 2100 to 2°C above pre-industrial levels, a target that is a widely recognized benchmark utilised in global climate talks. Under that scenario, known as the 450 Scenario, wind and solar grow by 50% more than in the main scenario.‌

The rise of renewables also has profound implications for global energy security, air quality, access to electricity and economic development. Over the years, the WEO has delivered a consistent message: good policies matter for the continued success of renewables. Policymakers need to step up their efforts in this area.

Including a special focus on the impact of COP21, renewables, water and energy, and the road ahead for fossil fuels 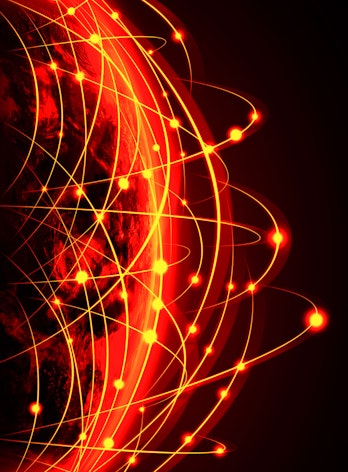