In a sign of great progress, over 120 million people worldwide gained access to electricity in 2017. This means that for the first time ever, the total number of people without access fell below 1 billion according to new data from World Energy Outlook 2018.

In particular, one of the greatest success stories in access to energy in 2018 was India completing the electrification of all of its villages. Many other Asian countries have also seen significant progress. In Indonesia, the electrification rate is almost at 95%, up from 50% in 2000. In Bangladesh, electricity now reaches 80% of the population, up from 20% in 2000.

Meanwhile in Africa, Kenya’s access rate has increased massively from 8% in 2000 to 73% today, and the Last Mile Connectivity Project aims to deliver universal access by 2022. In Ethiopia, electricity now reaches 45% of the population compared with just 5% in 2000. The National Electrification Program has set out a plan to reach universal access by 2025, aiming to reach 35% of the population with off-grid solutions.

Updated data from the World Health Organization and the IEA’s Energy Data Centre also show that the number of people without access to clean cooking facilities has begun to gradually decline, in part due to an increased reliance on liquefied petroleum gas (LPG) and on improved biomass cookstoves. This is very welcome news, as it will result in fewer premature deaths related to household air pollution.

Efforts have resulted in progress being made worldwide. For example, China’s natural gas infrastructure development is helping to reduce the use of biomass and kerosene. This has resulted in 15% fewer people without clean cooking access compared to 2010. In India, 50 million free LPG stoves and initial refills have been provided to poor households via the high-profile Pradhan Mantri Ujjwala Yojana scheme since 2015, and the government has set a target of providing LPG connections to 80 million households by 2020. In Sudan, around half of the urban population now uses domestically refined LPG for cooking. In Cameroon, where LPG penetration rates reach 21%, the government has published the region’s first “master plan” to increase the share of households using LPG to 58% by 2030. Finally in Kenya, LPG is now used by 24% of urban households.

Gains in access to modern cooking facilities can sometimes go hand in hand with gains in access to electricity. For example, in Myanmar – where policymakers are motivated to promote clean cooking in part because of the high rate of deforestation – reliance on biomass has decreased from 94% of the population in 2009 to 76% in 2015, mainly replaced by electricity. In Ethiopia, nearly a quarter of urban households now cook with electricity, up from less than 5% in 2011. While in South Africa, electricity is now the main clean cooking fuel, used by three-quarters of households nationally.

However despite all of these stories of progress and success, the world still remains off-track in its efforts to achieve Sustainable Development Goal (SDG) 7.1 to ensure universal access to affordable, reliable and modern energy services by 2030. The population without access to electricity remains at 600 million in sub-Saharan Africa – totalling 57% of population – and 15 countries in that region have access rates below 25%. Meanwhile 350 million people lack access in developing Asia, or 9%. In addition, nearly 2.7 billion people lack access to clean cooking facilities worldwide, relying instead on biomass, coal or kerosene as their primary cooking fuel.

Clearly as we celebrate the achievements of the past year, there remains an urgent need for further action. Over the past two decades the IEA has supported these efforts by providing country-by-country data on energy access, in addition to serving as one of the custodian agencies for SDG 7.2 on renewables and 7.3 on energy efficiency. The IEA is also chairing the next edition of the Tracking SDG7 report due in May 2019, a joint work of the SDG7 co-custodian agencies namely (IEA, IRENA, UN Statistics Division, WHO, and World Bank). The IEA looks forward to the next milestone in global access to energy, and one day the realisation of access to modern energy for all of the world’s people.

The International Energy Agency is at the forefront of global efforts to assess and analyse persistent energy access deficit, providing annual country-by-country data on access to electricity and clean cooking (SDG 7.1) and the main data source for tracking official progress towards SDG targets on renewables (SDG 7.2) and energy efficiency (SDG 7.3). 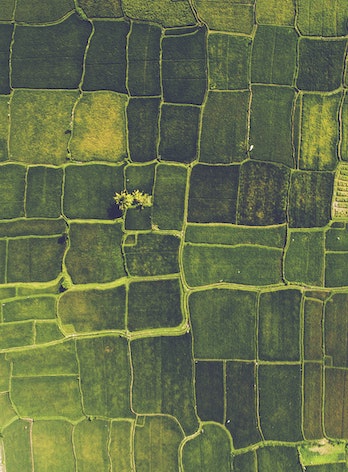