The recent ministerial meeting of the International Energy Agency marked a watershed moment in the agency's history. Over two days, IEA member countries and major emerging economies discussed their energy transition pathways with top business executives, including the CEOs of some of the largest energy companies. Under the able chairmanship of Sweden's Minister for Policy Coordination and Energy, Ibrahim Baylan, this was the highest level of participation I have seen in my long experience of attending IEA Ministerial meetings.

There are at least two reasons why this matters. As the centre of gravity of the global economy shifts to emerging economies, the centre of global energy demand and energy-related carbon dioxide emissions also shifts in parallel. This movement is taking place even more rapidly because of uneven levels of population growth and energy efficiency. It follows that if IEA countries want to have an impact on curbing CO2 emissions in any significant way, closer cooperation with emerging economies is indispensable.

This is why we should applaud the launch during the ministerial of the IEA Clean Energy Transitions Programme, an initiative through which a number of IEA countries set out to boost the agency's capabilities to help governments in emerging economies curb their emissions. After the decision of the Clean Energy Ministerial (CEM) to house its Secretariat at the IEA, this new initiative provides further evidence that the IEA is fast developing into a global hub for clean energy and energy efficiency. 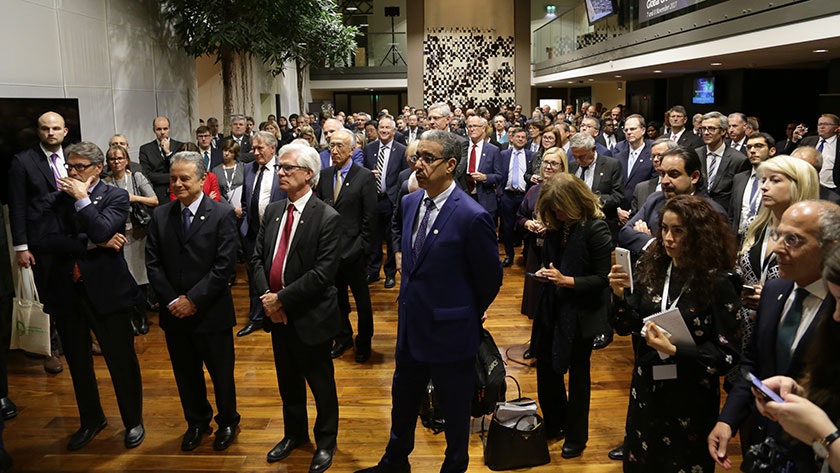 The second reason why the IEA's success in engaging the major emerging economies is so important is that it is absolutely needed for energy security. When the IEA was created in 1974 to build up a reserve of strategic oil stocks to face up to an oil crisis, an effective response could be achieved relying solely on OECD countries as they dominated global oil demand at the time. The minimum level of IEA stocks could meet over 40 days of global oil demand in 1974.

Now, this number has fallen to just 20 days and is on a downward slope, projected to fall to 10 days in 2030. Hence, we see the need to cooperate on global energy security with the new centres of global oil demand, especially China and India. The challenge for the near future is to establish a mechanism within the broader IEA family to counter any new global oil crisis. Even though oil is much less dominant than it was in 1974, it will remain critical for fueling our transportation system for decades to come.

These risks were highlighted repeatedly during the Ministerial, and were the focus of the IEA's first global study on Digitalization & Energy. In this fascinating report, the IEA documents how digitalization could be of great help to the energy sector, for instance in oil & gas exploration, integration of variable renewables in the grid, smart meters and smart charging of electric vehicles, to name just a few examples.

The IEA Ministerial has successfully charted the course for the next two years. In the turbulent global energy scene outlined in the IEA's just published World Energy Outlook 2017, the IEA is very well placed to play an increasingly central role in global energy governance, enabling governments of the broader IEA family at all levels to ensure energy security and pursue a solid energy transition in the most cost-effective way.