IEA (2021), Carbon emissions fell across all sectors in 2020 except for one – SUVs, IEA, Paris https://www.iea.org/commentaries/carbon-emissions-fell-across-all-sectors-in-2020-except-for-one-suvs

As global energy-related carbon emissions fell last year because of the impacts of the Covid-19 pandemic, one sector saw emissions actually rising in 2020: sport-utility vehicles (SUVs).

The world’s overall energy-related emissions fell by an estimated 7% this year, the largest drop in history and around five times the size of the decline in 2009 following the global financial crisis. But emissions from SUVs, which are typically larger and less fuel-efficient than other cars, are estimated to have seen a slight increase of 0.5%.

Despite the effects of the pandemic on overall car use, SUVs consumed more oil last year than they did in 2019. Oil consumption from SUVs reached 5.5 million barrels per day in 2020. Remarkably, we estimate that the increase in the overall SUV fleet in 2020 cancelled out the declines in oil consumption by SUVs that resulted from Covid-related lockdown measures.

Emissions from SUVs have nearly tripled over the past decade, owing to their increasing popularity around the world, which has outpaced the growth of other segments of the auto market. Today, SUV emissions are comparable to those of the entire maritime industry, including international shipping.

Over the past decade, SUVs were the only area of energy-related emissions growth in advanced economies, adding 300 million tonnes of CO2 (Mt CO2). Across all other sectors of the economy – electricity generation, heating of buildings, manufacturing and heavy industry – and other forms of transport, carbon emissions remained flat or declined. In emerging market and developing economies, the power sector and heavy industries have dominated emissions growth. Nonetheless, the growth in emissions from SUVs is accelerating and is on par with the increase in emissions from road freight activity during the last decade.

Oil use in traditional cars (excluding SUVs) is estimated to have dropped by over 1.8 million barrels a day (mb/d), or over 10%, in 2020. This was driven by Covid-related restrictions on travel, market share losses due to the rise of SUVs, the shift to electric vehicles, and fuel-efficiency improvements. However, we estimate that the reduction in oil demand from the increased share of electric vehicles in the overall car market in 2020 – around 40 000 barrels a day – was completely cancelled out by the growth in SUV sales over the same period. The Covid-19 pandemic also led consumers to postpone purchases of new vehicles. An estimated 9 million people delayed the replacement of their old car, and the prolonged use of these older, less-efficient vehicles increased oil demand by 50 000 barrels a day in 2020, according to IEA analysis.

Global car sales shrank by around 14% in 2020 compared with 2019, according to preliminary data from Marklines. Unlike sales of internal combustion engine vehicles, sales of electric cars over the first 11 months of 2020 grew by around 50%, or 850 000 vehicles, from a year earlier, according to EV Volumes. Driven by a policy push, electric car sales in the European Union in the first months of 2020 nearly doubled from the same period a year earlier, reaching around 800 000 units. We expect 2020 to be the first year ever in which electric car sales in Europe equalled those in China. In many major European car markets – including Germany, France and the United Kingdom – electric cars’ market share was above 15% in November 2020.

Alongside the growth of electric cars sales, however, another trend has continued in 2020: the increasing preference for larger cars such as SUVs. The number of SUVs sold in 2020 is estimated to have fallen by close to 3 million, or almost 10%, from the year before. But the share of SUVs in total car sales has increased to 42% in 2020, around 3 percentage points higher than in 2019. SUVs’ share of overall sales continued to rise in key markets such as the United States, Europe and China. The global fleet of SUVs was on course to exceed 280 million vehicles in 2020, up from less than 50 million in 2010.

The latest data show an increased availability of electric SUVs. In 2019, more than 100 electric SUV models were available worldwide, compared with around 180 non-SUV electric models. In 2020, 44% of total electric car models available were SUVs, increasing their share from 38% in 2019. The gap between the two car segments is also expected to close further due to the additional e-SUVs that are expected to come to market in 2021, mainly in China and the European Union. However, this has not yet translated into significant sales of electric SUVs, as close to 97% of SUVs sold in 2020 had fossil fuel-powered engines.

For the world to shift onto a path aligned with the climate goals of the Paris Agreement, as mapped out in our Sustainable Development Scenario, electric SUVs’ share of total SUV sales needs to grow rapidly to over 35% by 2030. A rapid increase in electric car sales, a shift to using smaller cars, and improvements in the efficiency of internal combustion engine vehicles are key pillars for reducing emissions from the auto sector. Continued popularity of bigger and less efficient cars could delay this transition. In an effort to constrain the rise of SUVs, countries such as France have introduced a weight-based tax targeting heavier cars.

The strong consumer preference for SUVs has implications for clean energy transitions more broadly, notably in terms of electricity demand, batteries and raw materials. In 2020, an average battery-powered electric car was equipped with around 50 kilowatt hours (kWh) of battery capacity, which is 22% smaller than the average battery needed for an electric SUV. Higher sales of electric SUVs rather than smaller electric cars would increase electricity demand for charging vehicles and also demand for raw materials such as lithium, nickel and cobalt. To improve understanding of this important issue, the IEA plans to release a new special report in April on The Role of Critical Minerals in Clean Energy Transitions. 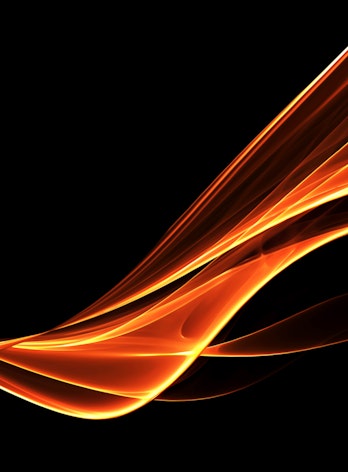