Georgia’s diverse climatic conditions and substandard building stock mean there is strong seasonal demand for building heat, with most heat consumed between October and March. The types of heating fuels used differ between urban and rural areas. Natural gas is a major source of heating for households in urban areas (accounting for just under 60% of the country’s 3.7 million inhabitants), but access to natural gas is not widespread in rural areas, where energy poverty is most prevalent. Even where natural gas supplies are available, many rural households continue to use more affordable firewood for heating. Consequently, rural populations use natural gas mostly for cooking and heating water.

Of Georgia’s 1.2 million households, almost half (around 500 000) use biomass as a fuel. It is consumed primarily as fuelwood for heating, and to a lesser extent for cooking. Around 80% of consumption is in the rural areas that are home to just over 40% of Georgia’s population.

Forests cover around 40% – some 3 million hectares (ha) – of Georgia’s land area. They are more than 90% natural in origin and almost universally under state control. Georgia’s rural population relies on forestry biomass for its energy needs due to both a lack of affordable alternatives and ingrained cultural practice. The Forestry Agency estimates consumption of 300 000 m3 to 400 000 m3 per year to be sustainable. Georgia currently has a “social cutting” policy that allows the population to source a designated volume of fuelwood from the forest. The 2019 social-cutting allocation was set at 392 000 m3.

Fuelwood demand far exceeds the sustainable level of supply, however, as Georgia’s 2018 energy balance indicates 1.4 million m3 of consumption. Only 343 000 m3 of the socialcutting allocation was consumed that year, indicating that around 75% of consumption was unaccounted for; a significant proportion is illegal and unsustainable. Social-cutting licences in remote areas are often underutilised, as illegal harvesting activity in the vicinity of settlements is favoured because it entails lower transport costs.

Given data uncertainties, the level of illegal consumption could be even higher. The 2018 energy balance indicates a 35% downward revision of fuelwood consumption from the previous year. Even accounting for the extension of natural gas access to some rural communities and the depletion of biomass availability around settlements due to forest degradation, this represents a significant year-on-year change. Monitoring illegal woodcutting is highly challenging, as the human resources of MEPA’s environmental supervision department are insufficient to cover all of Georgia’s extensive forested areas.

The long-term overexploitation of forest resources for firewood results in a range of environmental impacts. Increased soil erosion causes landslides and flash floods, and roughly 3 000 settlements are in danger of environmental disasters. According to a CENN personal communication of 23 January 2020, GEL 500 million (USD 143 million) has been allocated to disaster prevention measures.

Forest degradation in accessible areas (e.g. near roads and settlements) also results in biodiversity loss and lower CO2 uptake. The estimated annual cost of deforestation in Georgia is between GEL 54 million and GEL 93 million (USD 17-29 million) (World Bank, 2015). From a social perspective, overreliance on firewood raises the risk of fuel poverty in areas where supply is degraded.

A National Forest Inventory to monitor the state of the nation’s forests has been launched, with fieldwork scheduled to finish by the end of 2021. Once completed, this inventory will enable political decision-making based on robust data and make it easier to evaluate the impact of policies on forests.

Georgia has the potential to utilise a wider range of biomass wastes and residues from forestry, agriculture, industrial and municipal sources for energy purposes. This would diversify domestic heating fuel supplies, both easing pressure on forestry resources and supporting the rural economy.

These resources are largely untapped at present, as the use of biomass wastes and residues is not subject to any formalised government policy or industrial strategy. It is therefore difficult to establish a co-ordinated supply chain between the resource base and the final demand site, and to mobilise the financing needed for the equipment to upgrade these resources to usable fuels. Consequently, only a small number of briquette producers have become established in Georgia, with varying levels of commercial success.

Around 80% of Georgia’s rural households consume wood for energy purposes. Basic and inefficient heating appliances fuelled by firewood are their main heating system, and almost one-quarter also use fuelwood for cooking. Furthermore, significant quantities of firewood are consumed in the public sector (e.g. in educational buildings, hospitals and offices) and the private sector (e.g. in restaurants and hotels). Unlike other independent states of the former Soviet Union, Georgia does not have district heating infrastructure, as it was dismantled in the 1990s.

The low energy efficiency of the building stock and of heating appliances heightens demand for fuelwood. Three-quarters of dwellings were constructed between 1951 and 1990, and findings from a recent World Bank study indicate that 85% of buildings surveyed had no roof or wall insulation, and almost one-third of the households consulted indicated their homes are cold and damp during the winter (EU, 2020). 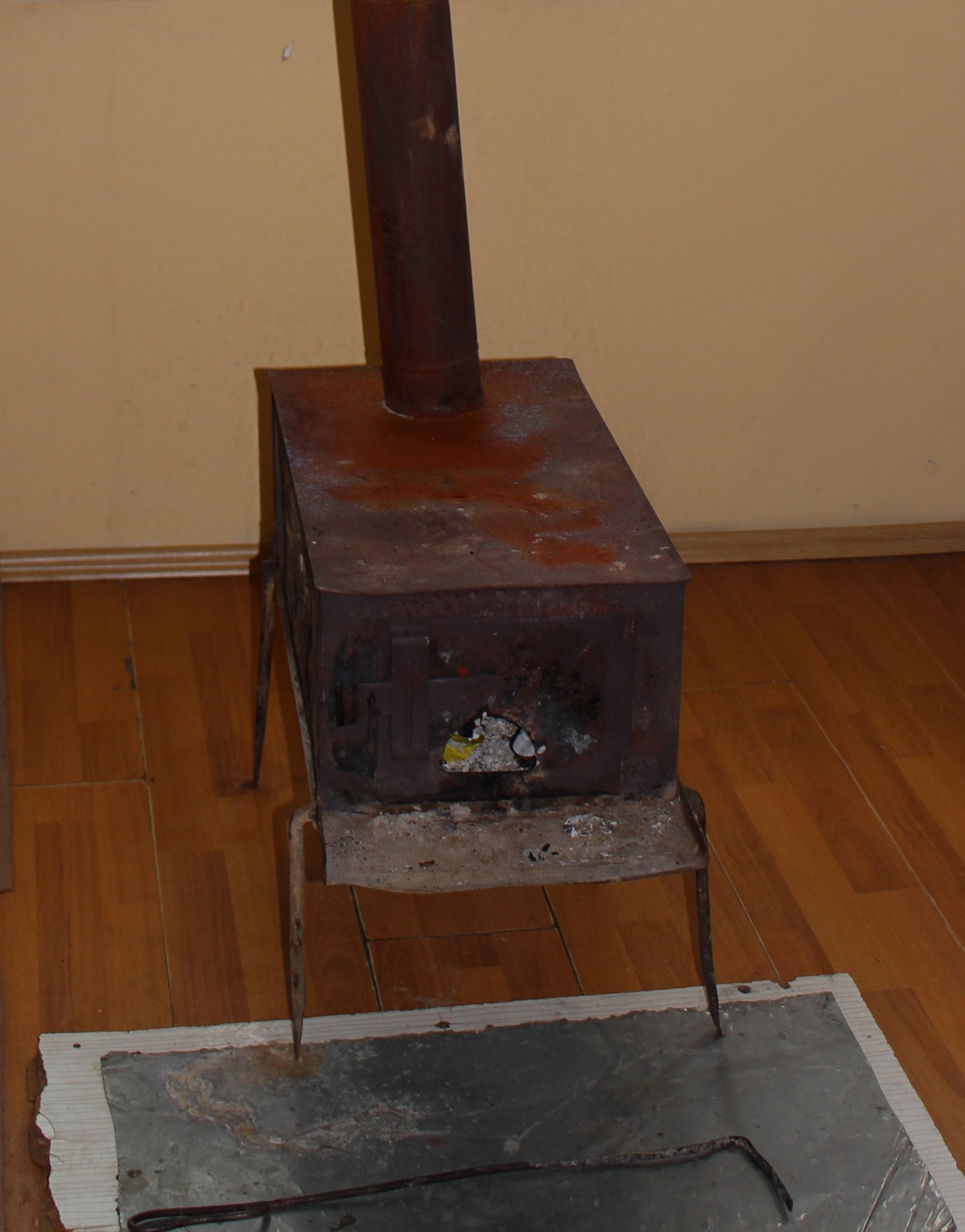 Boiler in a kindergarten in the Marneuli region, © Energy Efficiency Center, Georgia

In most households, only a small area of the total building is heated. Underheating residential and public buildings has significant health, social and economic impacts. In 2018, 4% of Georgia’s deaths were attributed to underheating, with the corresponding economic cost estimated at 3.5% of the country’s GDP (EU, 2020).

Furthermore, Georgia’s particulate matter (e.g. PM 2.5 and PM 10) concentrations are significantly above the recommended average in both urban and rural areas. Although there is a range of causes for this, household combustion of firewood (particularly wet wood) in inefficient appliances is a notable contributor.

While the World Health Organisation (WHO) has established an annual average ambient concentration limit for PM 2.5 of 10 microgrammes per cubic metre (μg/m3) (WHO, 2018), Georgia has yet to set regulatory restrictions for ambient particulate matter. Households with high indoor air pollution may therefore have levels as high as 400 μg/m3 (World Bank, 2015).

Indoor air pollution from inefficient combustion of solid biomass and poor ventilation also has serious human health consequences, causing 2.5 million premature deaths worldwide each year. The mortality rate attributed to air pollution (indoor and outdoor) in Georgia is around 100 people per 100 000, with the significant economic impact estimated at 2% of the country’s GDP (World Bank, 2015). In 2016, the state budget allocated GEL 120 million (USD 34 million) to the treatment of diseases related to air pollution.

Next A bioenergy roadmap for Georgia