The successful implementation of the Korean government’s Green New Deal will provide an opportunity to accelerate Korea’s clean energy transition and place the country at the forefront of some of the energy industries of the future, according to a new policy review by the International Energy Agency.

Korea recently set a target of reaching carbon neutrality by 2050 to steer its energy sector away from today’s dominance of fossil fuels and strong dependence on energy imports. To accelerate the transition to low-carbon energy, the government is committed to substantially increasing the share of renewable energy sources in the electricity supply, gradually phasing out coal, significantly improving energy efficiency and fostering the country’s nascent hydrogen industry.

“Many of these measures will help Korea not only to advance its energy transition but also to improve its energy security – a high priority given the country’s limited domestic energy production,” said Dr Fatih Birol, the IEA Executive Director, who is launching the report today at an online event with Joo Young-joon, Deputy Minister at the Korean Ministry of Trade, Industry and Energy. “I welcome Korea’s ambitious carbon-neutrality goal and the initial steps set out in its Green New Deal. The IEA is committed to supporting the government in these vital efforts.”

In 2015, Korea became the first country in Northeast Asia to introduce a nationwide emissions trading system that sets a best practice example for other countries to follow. But more needs to be done to reduce the carbon intensity of Korea’s energy supply, which is above the IEA average because of the high share of coal-fired power generation.

Plans by the government to close aging coal-fired plants reflect growing concerns among the population over climate change and local air pollution. The government can draw on this public support to swiftly introduce its planned environmentally friendly energy tax programme that will complement other policy measures, according to the IEA report.

Korea’s private sector has a high capacity for technology innovation and its population has shown an almost unparalleled openness toward digitalisation. This closely links Korea’s energy transition to efforts to spur investments in energy storage systems, smart grids and intelligent transport systems.

“Korea can draw on its technological expertise by addressing regulatory and institutional barriers in its energy markets and by fostering more active consumer engagement,” Dr Birol said. “This can improve the way the energy markets operate, enhance competition and encourage the emergence of new business models.”

The focus of Korea’s energy transition must go beyond the power sector to target emissions from industry and transport, the IEA policy review says. The industrial sector is emissions-intensive and accounts for over half of Korea’s final energy consumption despite the notable improvement in energy efficiency over the last decade. The IEA review welcomes the new policy emphasis on integrating individual energy efficiency measures as building blocks for smart energy industrial complexes. It will also be important to find a good balance between mandatory and voluntary measures to encourage further energy efficiency improvements in industry.

Korea has set ambitious goals for the roll-out of electric mobility and also to establish itself as a leading exporter of hydrogen and fuel cell vehicles by 2040. Those targets and the commitment to research and innovation more broadly are commendable, but Korea also needs to reappraise the role public transport could play in the future, according to the report.

In this report, the IEA provides recommendations for further improving Korea’s policies to help the country guide the transformation of its energy sector towards a secure and sustainable future. 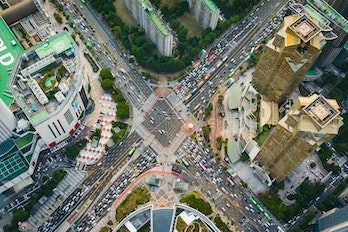