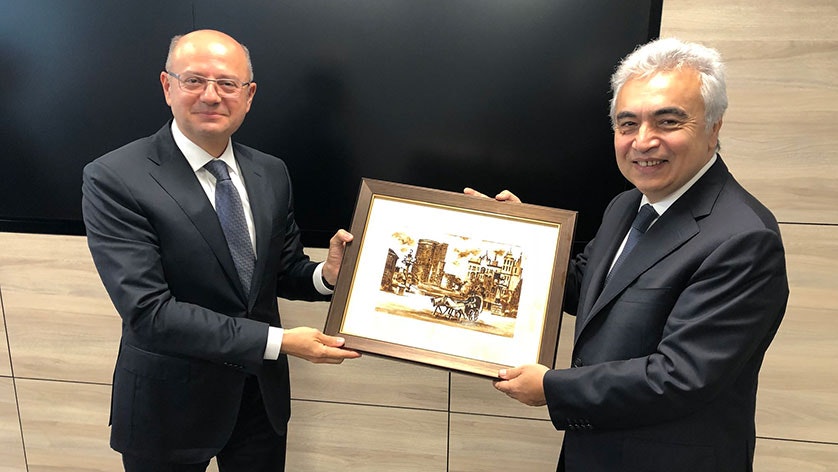 BAKU – Dr Fatih Birol, the Executive Director of the International Energy Agency, visited Baku to meet with Mr Parviz Shahbazov, Energy Minister of the Republic of Azerbaijan. Dr Birol and Mr Shahbazov discussed the Southern Gas Corridor and its role in improving energy security by increasing the diversity of sources and delivery routes of gas to Europe.

Other topics covered included global oil and gas markets, plans by Azerbaijan to boost the deployment of solar and wind and improve energy efficiency, strengthening institutional ties between the IEA and Azerbaijan, and the EU4Energy programme. Following the meeting with Minister Shahbazov, Dr Birol held a press briefing to local and international journalists.

Dr Birol also met with diplomats from several IEA member countries and delivered an address to an audience of senior government policymakers from different ministries and state authorities, as well as representatives of the World Bank, the Islamic Development Bank, the Asian Development Bank and the European Bank for Reconstruction and Development. He outlined the key global energy trends facing the world today and their implications for Azerbaijan, including an overview of the IEA’s medium term outlook for world oil and gas markets.

Later in the day, Dr Birol met with Mr Rovnag Abdullaye, President of the State Oil Company of the Azerbaijan Republic (SOCAR). Their discussion focussed on the Southern Gas Corridor and SOCAR’s plans for petrochemicals at home and abroad. Dr Birol highlighted the IEA’s upcoming release of The Future of Petrochemicals, a report that was of particular interest for SOCAR.

The EU4Energy programme is a four-year project funded by the European Union to promote evidence-based policymaking in Eastern Europe, Central Asia and the Caucasus. The IEA runs the policy, data and web components of the programme and works closely with Azerbaijan.