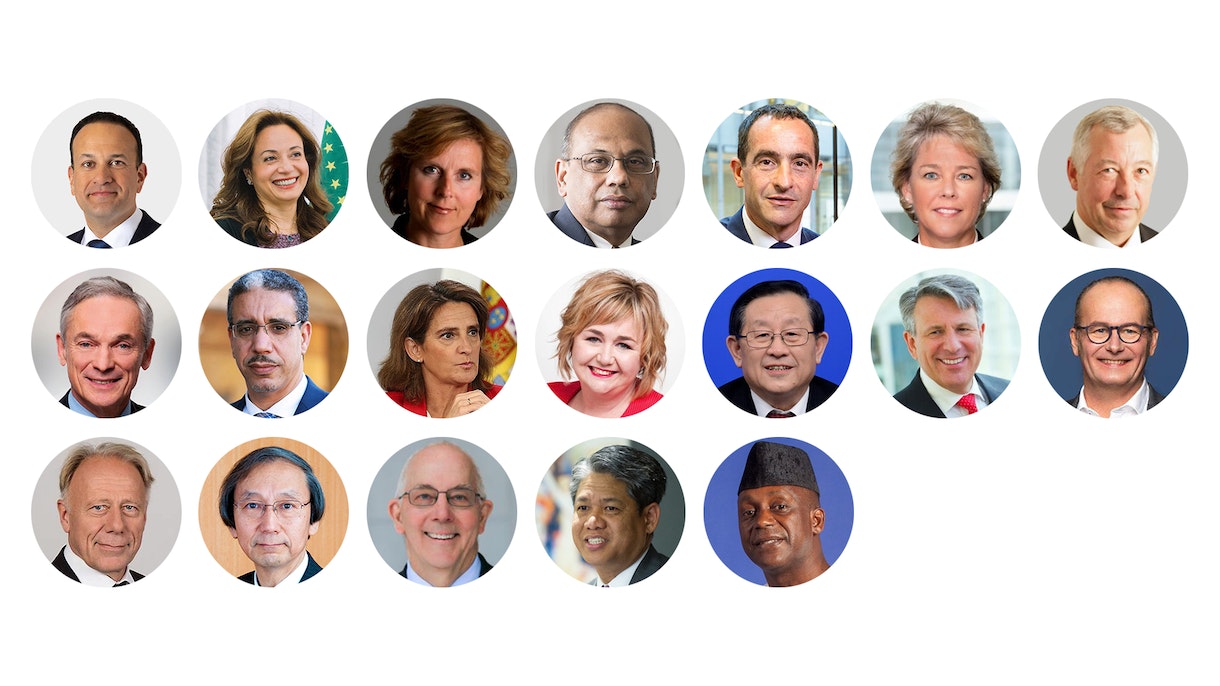 The commission will be chaired by Prime Minister Leo Varadkar of Ireland (top-left) and is composed of government ministers, top business executives and thought leaders from around the world.

The International Energy Agency has established an independent high-level global commission to examine how progress on energy efficiency can be rapidly accelerated through new and stronger policy action.

Prime Minister Leo Varadkar of Ireland will be the honorary chair of the IEA Commission for Urgent Action on Energy Efficiency, composed of government ministers, top business executives and thought leaders from around the world.

The members include current and former ministers for energy and environment from Denmark, Germany, Ireland, Japan, Luxembourg, Morocco, New Zealand and Spain. Dr Amani Abou-Zeid, the African Union Commissioner for Energy and Infrastructure, and Dr Wan Gang, the previous Chinese Minister of Science and Technology, who is known as the “father of new energy vehicles” in China, have also agreed to take part.

More than any single fuel, energy efficiency has a central role to play in meeting global sustainable energy goals. The IEA calculates that with the right policies, the global economy could double in size by 2040 while still maintaining broadly the same level of energy use as today. Those policies alone would enable the world to achieve more than 40% of the emissions cuts needed to reach international climate goals using cost-effective technologies already available, according to IEA analysis.

But policy implementation has slowed and efficiency progress is weakening. Global energy-related CO2 emissions increased last year at their highest rate since 2013, and air pollution continues to be linked to millions of premature deaths each year.

“It is imperative that we get global energy efficiency progress back on track,” said Dr Fatih Birol, the IEA’s Executive Director. “I’m delighted that Prime Minister Varadkar and other eminent figures from around the world have agreed to commit their energy and ideas to this vital project.”

If countries implement all the economically viable energy efficiency potential available today, consumers around the world could save more than half a trillion US dollars through lower energy bills by 2040, while greenhouse gas emissions, air pollution in cities and dependence on energy imports could all be reduced. But this will require firm and rapid action from governments.

The focus of the new energy efficiency panel will be on key policy actions that can be taken by countries across the globe. It will produce a concise list of clear, actionable recommendations next year.

Plans for the commission were announced last week at the IEA’s largest ever Global Conference on Energy Efficiency in Dublin. The IEA is today presenting the panel’s composition. You can read more about its members here.