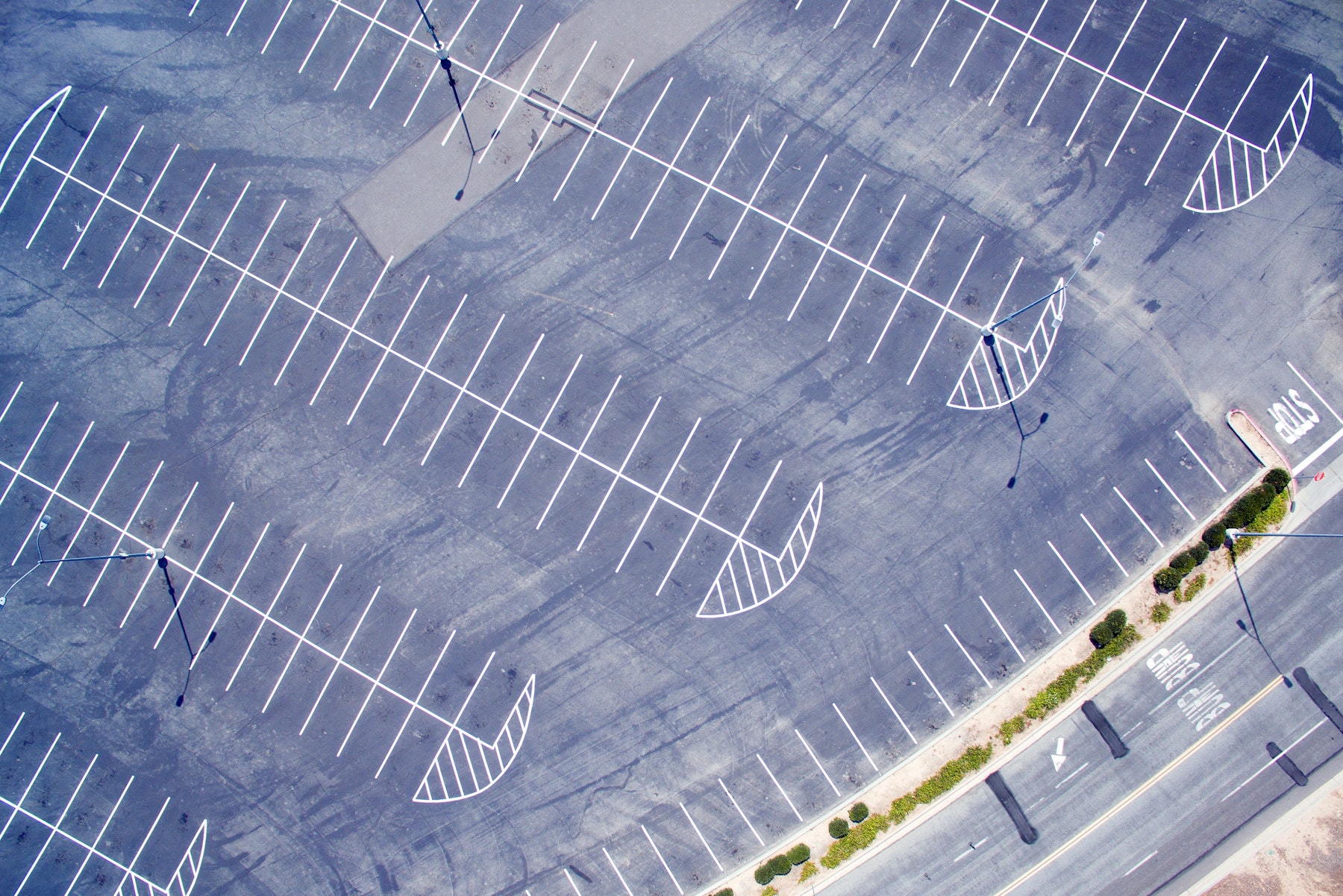 Emissions from trucks and buses have risen at a rate of 2.2% annually since 2000. While policy coverage for heavy-duty vehicles (HDVs) still lags behind that of light-duty vehicles (LDVs), policy momentum has been growing. With new policies adopted in India in 2018, and in the EU expected in July 2019, more than half of HDVs sold worldwide will be covered by fuel economy and CO2 emissions standards. To achieve the SDS, more countries must adopt standards, and existing ones must become more comprehensive and stringent. In urban settings, rapid electrification (especially of buses, but increasingly of light commercial and medium-duty trucks) will help.

Since 2000, HDV energy consumption and tailpipe CO2 emissions have expanded by about 2.2% per year, and trucks account for more than 80% of this growth. In the near term, vehicle efficiency standards, together with co‑ordinated efforts by multiple stakeholders to improve logistics and operational efficiency, are needed to dampen this growth.

Building upon recent momentum, rapid adoption of battery electric buses and trucks in cities will not only reduce energy consumption but also cut local pollutant and CO2 emissions.

Finally, heavy-duty trucks with regional and long-haul missions, which account for three-quarters of HDV fuel consumption, will need to transition to low-carbon alternative fuels and powertrains. Options include electrification and hydrogen fuel-cell electric vehicles (EVs), advanced biofuels and electrofuels.

Rising emissions and energy use are driven primarily by strong economic activity and increased demand for goods, which translates into more delivery and more trucking activity.

However, in contrast with strong policy coverage for LDVs (about 85% of cars and light commercial vehicles sold in 2018 were covered by fuel economy standards), vehicle efficiency regulations currently cover only about half of the heavy-duty market.

Despite the shift away from diesel cars following the Volkswagen emissions scandal, diesel remains the main fuel for HDVs. In fact, the share of diesel in oil-based road fuels consumed rose from 38% in 2000 to 44% in 2018, largely due to growing road freight activity.

Substantial progress has been made recently in establishing vehicle efficiency and CO2 emissions standards for HDVs.

Since the US Environmental Protection Agency (EPA) introduced its flagship SmartWay programme in 2004, more than 30 countries have established green freight programmes (GFPs) or have joined regional or global GFPs. Fuel economy regulations and GFPs complement each other well, with the former setting minimum thresholds for vehicle efficiency performance and GFPs promoting business and operational efficiency as well as efficient technologies and best practices.

Urban buses are one of the great success stories of rapid EV market uptake.

Leveraging the suitability of their fixed routes and schedules, their frequent stops and municipalities’ ambitions to reduce local air pollution, as well as the longer-term investment portfolios of (certain) municipal fleet managers, a market for electric buses emerged quickly.

China has led the way in bringing domestically made batteries and buses to market, first to Chinese cities (Shenzhen became the global model when it transitioned entirely to electric city buses within only a few years) and increasingly to European and Latin and North American ones.

Commercial trucks operating in urban environments, especially those belonging to large, well-co‑ordinated fleets and logistics services, may be the next to electrify.

Long-term payback of initial capital investments, together with the need to address broad sustainability issues such as tailpipe pollutant and CO2 emissions, may incite these fleets to electrify even more quickly than privately owned cars.

City-level efforts to contain air pollution, including targets for phasing out diesel and internal combustion engines, together with corporate efforts to anticipate and take the lead on pressing public issues, will further spur EV adoption for light-duty commercial fleets.

For a GVW of less than 16 tonnes, an increasingly wide selection of all-electric trucks is reaching the market. In fact, major postal and package delivery companies, including DHL, UPS and FedEx, are expanding their fleets, and the Swiss and Austrian postal services have pledged to transition to all-electric fleets by 2030 or earlier.

Meanwhile, momentum continues in the demonstration and commercialisation of zero-emission trucks – the majority of which are also electric.

With greater battery capacity, the GVW and range thresholds for electric vehicles continue to rise. In addition to leading in electrifying buses, light commercial vehicles, and even medium-duty trucks,

China has introduced fleets of hydrogen fuel-cell electric trucks and buses, most of which operate on reliable routes and refuel centrally at a single station. In stepping beyond demonstrating small fleets of zero-emission HDVs, China has moved ahead of the rest of the world into uncharted territory.

South Korea and Japan also have ambitious plans to use hydrogen fuel cell technology in the heavy-duty subsector.

For classes of trucks greater than 16 tonnes, most manufacturers have partnered with customers to test real-world operations. The experiences of major haulers in accommodating the constraints and leveraging the advantages of electric drive will help in identifying technologies and use cases with competitive value relative to conventional diesel trucks.

Demonstration projects of fully battery electric trucks, as well as of dynamic charging and Electric Road System (ERS) concepts, also continue to gain momentum, and the performance and economics of both the vehicles and the demonstrations are improving steadily.

While the scope of efficiency and emissions regulations is being expanded, it will be increasingly important to continuously test the limits of possibility for efficiency technologies.

As HDV efficiency standards will need to be introduced in countries where they do not yet exist, a clean transport task group of the G20 is helping countries begin to benchmark current technologies, categorise truck and bus operations, and use models such as VECTO and the Greenhouse Gas Emissions Model (GEM) to obtain the information necessary to design regulations. Meanwhile, countries that already have standards in place will need to make them more stringent to cut emissions further; China in particular would benefit from stronger Phase III standards.

Policies also need to stimulate the adoption of zero-emission vehicle technologies. EU regulators considered using either super credits or a zero- and low-emission vehicle (ZLEV) mandate, both of which would ultimately reward manufacturers of zero- and low-emission trucks and buses by relaxing HDV CO2 emissions standards. They ultimately adopted a super-credit system through 2024, and a benchmark that relaxes fuel economy standards for manufacturers achieving a 2% market share of ZLEVs after 2025, but it is capped at 3%.

While in principle such schemes promote market adoption of electric and hydrogen trucks, if they are not designed to consider the variability within heavy-duty vehicle segments, they may actually compromise the efficacy of emissions standards. It is crucial that standards take into account the unevenness of electrification potential (in the absence of policies) and of differing emissions implications among segments.

Finally, regulations will need to extend beyond trucks to the trailers they pull. Canadian and US second-phase GHG emissions standards are the first in the world to regulate trailer emissions, and although the United States has temporarily suspended this component of its legislation, Canada’s has gone forward.

With the exception of the long-range Tesla semi variant and the prototype Nikola trucks, the range of zero-emission trucks is limited to below 600 kilometres. Together with the time required to recharge depleted batteries (or the high amperage, voltage, and power draw requirements of very fast charging), this points to the need for alternative infrastructure and operational models for long-haul trucking.

There are two main types of zero-emissions vehicles: BEVs and FCEVs. Because of the long charging time and short range of EVs, FCEVs hold promise as a complementary technology, but they remain costly and their availability is limited. Transport modes such as trucks, buses, maritime and locomotive applications, may particularly benefit from fuel cell rather than pure electric, battery-based drivetrains. Several steps can be taken to reach cost targets: reduce precious metal use by downsizing the fuel cell stack; boost production of fuel cells and all ancillary components to obtain economy-of-scale cost reductions; and deploy targeted refuelling infrastructure tailored to specific modes and applications.

For trucks operating on regional delivery and long-haul segments, the suitability of electrification will depend upon continuing energy density improvements and cost reductions in lithium-based batteries.

There is a broad consensus that the ‘floor’ costs of current lithium-ion technologies may be around 80 USD/kWh. Going beyond that threshold is necessary in the SDS after around 2030, and will require the development of technologies that are currently in very early stages of development.

In long-haul, heavy-duty applications, gravimetric energy density is an important performance criterion on which advanced lithium-ion batteries will have to continue to improve in order to compete with fossil (diesel and natural gas) powered trucks. Advanced solid state chemistries may be able to achieve energy densities of 300-400 Wh/kg, and even more advanced chemistries (such as Lithium-Air) may have the potential to reach densities as high as 1000 Wh/kg or more.

Improving the cost and performance of lithium-ion batteries

The Future of Trucks outlines the ways in which vehicle efficiency technologies, systemic improvements in logistics and supply chain operations, and alternative fuels can ensure that road freight transport will continue to support economic growth while meeting key energy and environmental policy objectives.

The Global Green Freight Project was initiated by the Climate and Clean Air Coalition as part of a large-scale effort to reduce the climate and health impacts and improve the energy and economic efficiency of transporting those goods and materials.

The Transport Task Group was established in 2015 by the G20 to identify and exchange best practices among G20 countries on the implementation of cost-effective energy efficiency and emission control measures in transport. It provides domestic support and enhances capability for action to reduce the energy and environmental impacts of motor transport, especially heavy-duty vehicles, for participating G20 countries. The IEA has remained involved in these efforts.

Many thanks to Felipe Rodríguez of the ICCT for reviewing and providing valuable feedback on an early draft of this section.